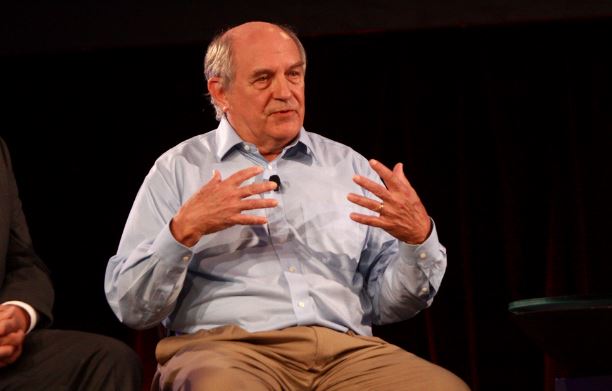 Newton, Iowa, to be precise—a town of some 15,000 residents in the middle of the Hawkeye State.

2. HE WAS A PEACE CORPS VOLUNTEER

From 1965 to 1967, Murray volunteered for the Peace Corps, working for Thailand’s Ministry of Health.

3. HE STUDIED HISTORY (NOT POLITICAL SCIENCE) AT HARVARD

Murray is one of the most prominent political scientists in America today. But as an undergraduate at Harvard he majored in history, not political science, graduating in 1965.

While pursuing a PhD in political science at M.I.T., Murray conducted extensive field research in Africa. Among the nations he worked in: Ethiopia, Nigeria, the Ivory Coast, and Senegal.

Though it’s likely unknown to most people who aren’t social scientists, there is a law named after Murray. Posited in his book Losing Ground, “Murray’s Law” essentially rests on the following:

A. The Law of Imperfect Selection: Any objective rule that defines eligibility for a social transfer program will irrationally exclude some persons.

B. The Law of Unintended Rewards: Any social transfer increases the net value of being in the condition that prompted the transfer.

6. HE HAS WRITTEN OTHER BOOKS BESIDES THE BELL CURVE

Murray is most well-known for his 1994 book The Bell Curve, a controversial best-seller co-authored with Harvard psychologist Richard J. Herrnstein that analyzed intelligence across racial and socioeconomic lines. But he has written much more than that. In fact, Murray has written at least 18 books and monographs, as well as scores of popular technical articles. Among the other books he has written is Apollo: Race to the Moon, a 1989 work he co-authored with his wife, Catherine Bly Cox.

7. HE IS MORE LIBERTARIAN THAN CONSERVATIVE

Murray is often described as a conservative in media articles, but he’s probably better described as a libertarian. In 2013, he made a plea to conservatives to accept legalized abortion and same-sex marriage. Though he attends a Quaker church with his wife, he is a self-described agnostic.

Way back in 2010, Murray predicted that golfing great Tiger Woods would never catch the Golden Bear in total major wins (18). This might seem obvious today, but writers have pointed out that as recently as 2009 it was “a foregone conclusion” in the media and sports worlds that Tiger would catch Jack.

9. HE IS SPEAKING AT INTELLECTUAL TAKEOUT’S GALA ON JUNE 8

If you want to take a stand for academic freedom and rational discourse, please join us on June 8 at the McNamara Alumni Center in Minneapolis. Tickets are still available, but they are going fast.