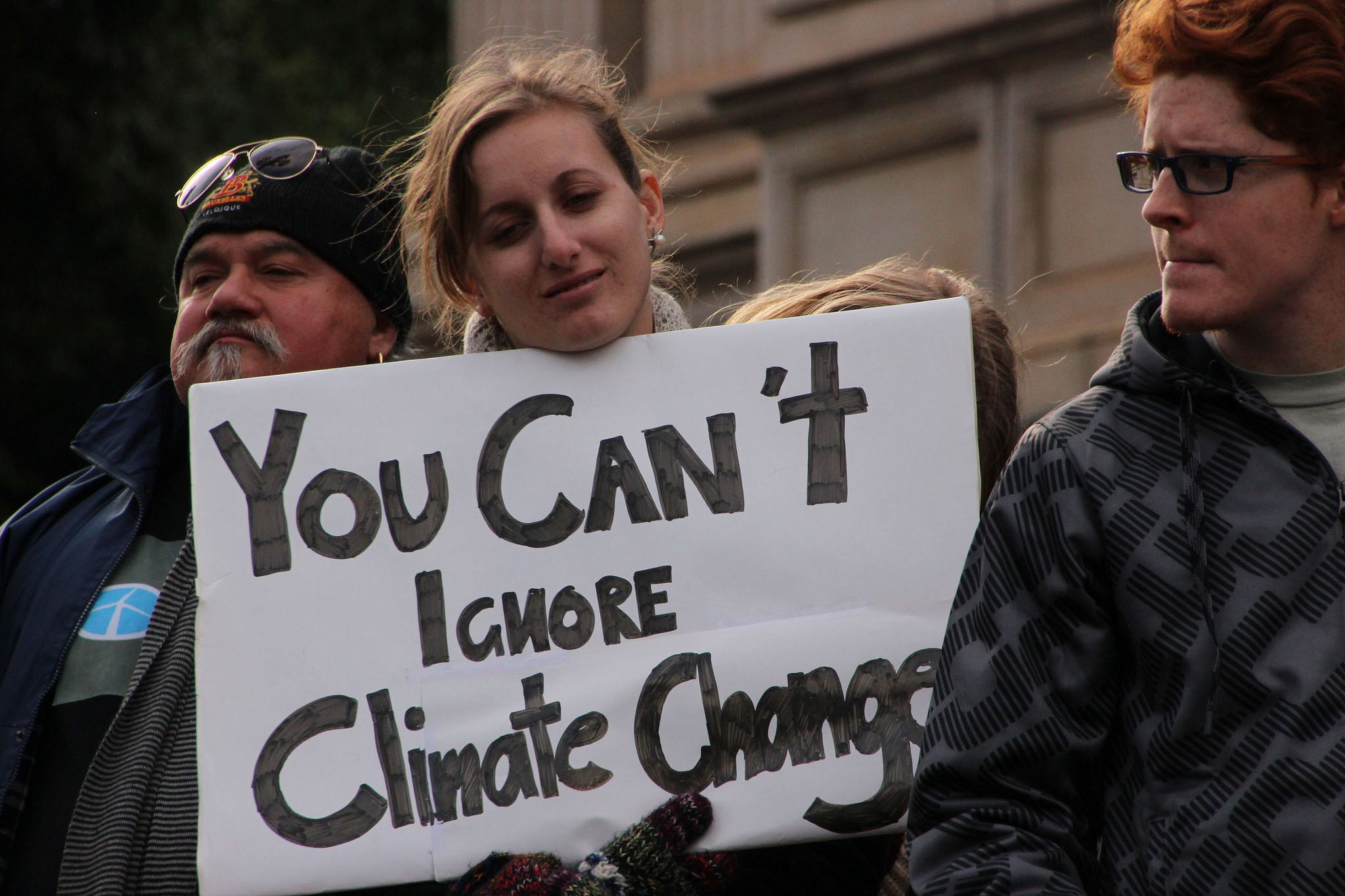 We’re often told that the science on global warming is “settled.”

Our planet is warming, humans are the primary or sole cause, and something must be done or our planet will soon look like this.

But is that really the case? As it turns out, many distinguished scientists are not on board with this assessment.

Here are five distinguished scientists who take issue with the notion that the science on climate change is “settled.”

Dr. Lindzen is Emeritus Professor of Meteorology at the Massachusetts Institute of Technology. He earned his Ph.D. in applied mathematics from Harvard University in 1964 and has since published over 200 scientific books and articles.

In 2009, Dr. Lindzen stated at the International Conference on Climate Change, “There is no substantive basis for predictions of sizeable global warming due to observed increases in minor greenhouse gases such as carbon dioxide, methane and chlorofluorocarbons.”

In addition to holding a Ph.D. in geology from Harvard University, serving as a U.S. Senator, and being the last man to walk the moon (as a part of the Apollo 17 crew), Dr. Schmitt has taught at Harvard and served on both U.S. and Norwegian Geological Surveys.

Additionally, he served on the Senate Subcommittee for Science, Technology, and Space, chaired the NASA advisory council, was appointed to the New Mexico governor’s cabinet in the Natural Resources Department, and held the positions of chair and president at the Annapolis Center for Environmental Quality.

Dr. Schmitt articulated his concerns with climate change theory in 2013:

“The cessation of observed global warming for the past decade or so has shown how exaggerated NASA’s and most other computer predictions of human-caused warming have been—and how little correlation warming has with concentrations of atmospheric carbon dioxide. As many scientists have pointed out, variations in global temperature correlate much better with solar activity and with complicated cycles of the oceans and atmosphere. There isn’t the slightest evidence that more carbon dioxide has caused more extreme weather…”

In 2016, Dr. Schmitt voiced similar comments in a separate article in The Wall Street Journal: “Fear of excessive warming from more CO2 in the atmosphere, including that released from human activity, has caused some people to advocate substantial and expensive reductions in CO2 emissions. … The costs of emissions regulations, which will be paid by everyone, will be punishingly high and will provide no benefits to most people anywhere in the world.”

Dr. Happer, Professor Emeritus of physics at Princeton University, earned his Ph.D. in physics from his alma mater. He worked as a professor at Columbia University and served as the Director of the Department of Energy’s Office of Science under George H. W. Bush before returning to Princeton.

Earlier this year, Dr. Happer commented to The Guardian that he thinks “There’s a whole area of climate so-called science that is really more like a cult. It’s like Hare Krishna or something like that. They’re glassy-eyed and they chant. It will potentially harm the image of all science.”

In a January 2017 interview, Dr. Happer expressed similar doubts regarding the dangers of climate change. He predicted planetary warming would be modest and actually beneficial to the planet:

“The predicted warming from more CO2 is grossly exaggerated. The equilibrium warming from doubling CO2 is not going to be 3° C, which might marginally be considered a problem, but closer to 1° C, which will be beneficial. One should not forget that the ‘global warming’ is an average value. … So, the net result of more CO2 will be strongly beneficial for humanity.”

After serving in the U.S. Air Force as a weather officer, Dr. Frank worked for the National Hurricane Center. And, after earning his Ph.D. in meteorology from Florida State University, he later became the Center’s director. He also served as the Chief Meteorologist of Houston’s CBS affiliate for two decades as well as with the American Meteorological Society.

In an opinion piece written for The Daily Caller in 2016 in response to comments made by presidential candidate Hillary Clinton on the campaign trail, Dr. Frank said the following:

“Yes, Earth’s atmosphere is warming. It has been, off and on, for 150 years. What causes it? CO2, natural cycles, or some combination? Sun and ocean current cycles correlate better with global temperature than CO2. If CO2 doesn’t control Earth’s temperature, why has our government spent some $150 billion on ‘green energy’ alone—not to mention billions on research to bolster belief in man-made warming—over the last 15 years? What do we have to show for it? … Projected future costs are staggering.”

He had previously voiced similar concerns in 2010 in an op-ed piece for The Houston Chronicle:

“Third, and most important, skeptics believe that climate models are grossly overpredicting future warming from rising concentrations of carbon dioxide. We are being told that numerical models that cannot make accurate 5- to 10-day forecasts can be simplified and run forward for 100 years with results so reliable you can impose an economic disaster on the U.S. and the world.”

Dr. Spencer is a meteorologist at the University of Alabama-Huntsville. Prior to his time at the University, he worked for NASA as the Senior Scientist for Climate Studies at the Marshall Space Flight Center. Additionally, he was the developer of the satellite temperature measurement system. He received his doctorate degree in meteorology from the University of Wisconsin – Madison.

In 2007, Dr. Spencer publicly stated his opinion through an editorial that appeared in The New York Post:

“Contrary to popular accounts, very few scientists in the world – possibly none – have a sufficiently thorough, ‘big picture’ understanding of the climate system to be relied upon for a prediction of the magnitude of global warming. To the public, we all might seem like experts, but the vast majority of us work on only a small portion of the problem.”

Additionally, Dr. Spencer elaborated upon his feelings surrounding climate change during an interview with Rush Limbaugh: