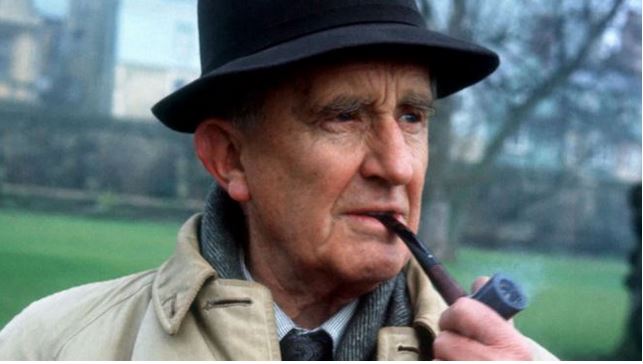 Known as the author of The Hobbit and The Lord of the Rings, J.R.R. Tolkien (1892-1973) led a rich personal and spiritual life. Well-educated and well-traveled, it comes as no surprise that his prose rose to such fame. Below are 13 facts about Tolkien which are not quite as famous.

1. Though commonly thought of as British, Tolkien was actually born in South Africa as John Ronald Reuel Tolkien.

2. Tolkien was an orphan by the time he was 12. He lost his father to a fever and his mother to diabetes. As a result, his legal guardian became a Catholic friar.

3. As a four-year-old, Tolkien was able to read and write. He was homeschooled while his parents were still alive.

4. Tolkien married his teenage sweetheart, Edith. Having met when he was 16 and she was 19, Edith broke off an engagement to marry Tolkien a few years later.

5. Tolkien was quite the language guru: he taught Old English, Middle English, Old Icelandic, Medieval Welsh, and Gothic at the University of Leeds.

6. Putting his language skill to practical use, Tolkien invented a secret code while he was off fighting in World War I. He used this code to keep his wife updated on his whereabouts, which soldiers were technically prohibited from doing.

7. One of Tolkien’s sons, John Francis, became a Catholic priest. John Francis was the eldest son, with two younger brothers and one younger sister.

8. J. R. R. Tolkien and C. S. Lewis were friends throughout their adult lives, and it was Tolkien who converted Lewis to Christianity. He also converted Edith to Catholicism.

9. The inspiration for The Hobbit came to Tolkien one day while he was grading papers, and the novel then became a bedtime story for his children, which eventually was passed unintentionally into the hands of a HarperCollins employee.

10. Tolkien was not a technological progressive, and he was rather skeptical about the inherent virtue of industrialization and its ability to improve mankind.

11. Tolkien owned an automobile for only a brief period in his life, and he was known to be an awful driver.

12. Politically, Tolkien was in some ways a libertarian. He was not quite a classic conservative, nor a fan of socialism or fascism. He was once quoted as saying that his political leanings were constantly tilting more towards anarchy.

13. In 2003, March 25 was designated Tolkien Reading Day by The Tolkien Society, and it is still recognized as such.