Would You Have Worn the Yellow Star? 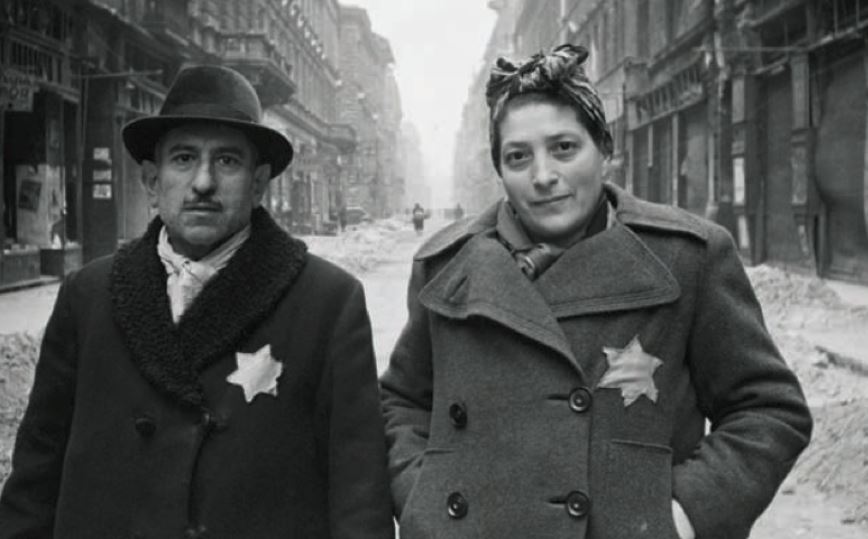 Recently Daniel Lattier wrote about an elementary school in Edina, Minnesota, where public school children “are being trained to see the world through the lens of race.”

Robert Jones, writing in The New York Times, warns that our distinctly American identity is in danger of being lost.

Jones is not talking about the loss of ethnic identity. For Americans, unlike Europeans, identity does not “rely on ethnic kinship.” Rather, our American identity arose “by voluntary assent to commonly held political beliefs.” The “core political beliefs” to which Jones points are anchored in our shared humanity and are “enshrined in founding ‘sacred texts,’ like the Declaration of Independence.”

What can go wrong as we move away from an American identity centered around common core beliefs and toward splintered ethnic and racial identities?

Valdemar and Nina Langlet, like Valdemar’s more famous Swedish countryman Raoul Wallenberg, have been enshrined for saving Jews in Hungary during World War II. In 1946 Langlet published his book Reign of Terror, which described the terrible 1944-45 period in Hungary.

When Germany occupied Hungary, the Nazis mandated that all Jews wear a yellow star and few Jews dared to resist. Langlet explains why. Langlet describes how “a wretched system of [Hungarian] informers… immediately began to flourish.” The zeal of the informants “even took the Germans by surprise,” reports Langlet. The number of informers was so large “that [for Jews] it was a dangerous thing even to poke your nose outside your house without wearing the star.”

Langlet had witnessed Hungarian antisemitism in the years leading up to World War II. Langlet, was a language professor at Budapest University, and he recounts recurring antisemitic demonstrations at the University. Protesting students demanded, among other things, strict enforcement of quotas for the maximum number of Jewish students attending the University.

Under German rules, individuals were considered Jewish even when their families had converted to Christianity generations ago. Hungarians apparently had been tracking families of converted Jews over the generations. Langlet writes of the fate of one Christian done in by an informer:

“A close friend of ours, a well-known Christian literary man, who committed this terrible crime [of not wearing the star], was at once reported and convicted. After being notified he duly made for the police station to pay off the fine personally. He has never been seen since; in a roundabout way we managed to find out that he had been taken to an internment camp on the German border, but every attempt to get him freed was frustrated.”

The zeal of the Hungarian informers was sickening to Langlet. He writes of the informants that he calls “hyenas:”

“A domestic servant of Polish origin, who was in my employ as well as in that of several other homes in the inner city, but who lived far out in the suburbs, told me that she was repeatedly approached by neighboring housewives wondering whether, knowing as she did so many of the ‘better families’, she couldn’t supply them with names and addresses of any of the Jews so they could report them to the proper authorities.”

Clearly from Langlet’s account, to identify Jews, the Nazis depended on a Hungarian population steeped in seeing their neighbors through a lens of ethnic identities.

In contrast, no Danish Jew was ever forced to wear a yellow star. Why? Did the Germans understand that without the cooperation of the population any such regulation would be widely disobeyed? In Denmark almost their entire Jewish population was rescued from the Nazis.

As Americans, a distinctly American identity built on principles unites us. Yes, we have been imperfect as a nation, but our principles have served as a North Star to guide us towards correcting our wrongs.

Primitive levels of tribalism have been responsible for much horror throughout mankind’s history. What shall we teach our children?  Do we want ethnic, racial, and sexual identities to be at the forefront of their consciousness? Is it not better to teach sacred American principles that help us embrace the humanity in all?