Where did Nazi doctors learn their ethics? 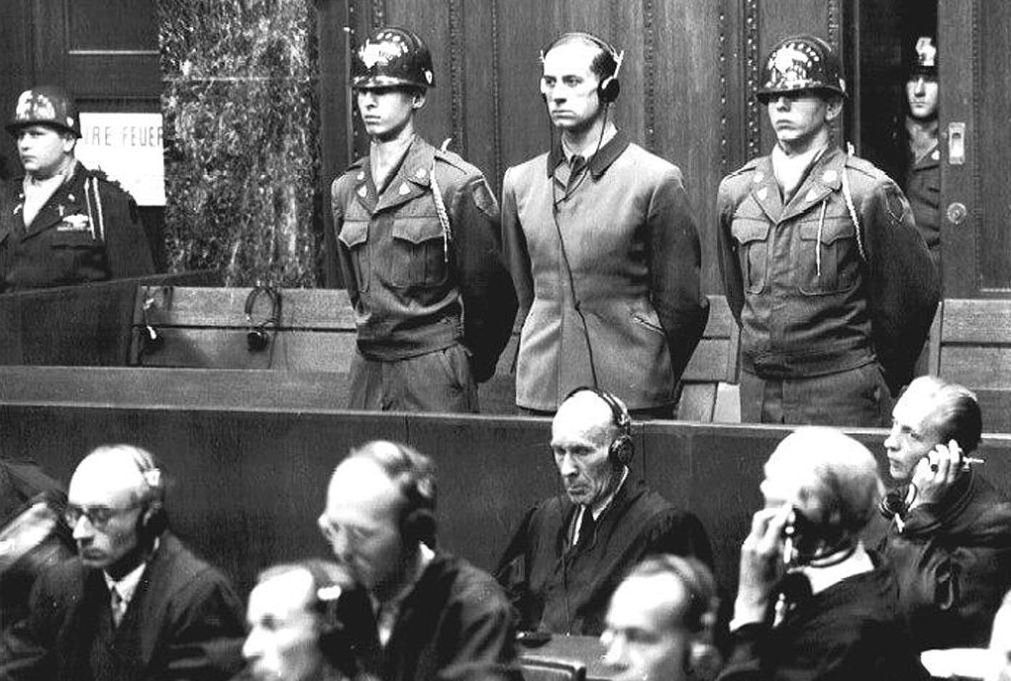 German medicine under Hitler resulted in so many horrors – eugenics, human experimentation, forced sterilization, involuntary euthanasia, mass murder – that there is a temptation to say that “Nazi doctors had no ethics”.

However, according to an article in the Annals of Internal Medicine by Florian Bruns and Tessa Chelouche (from Germany and Israel respectively), this was not the case at all. In fact, medical ethics was an important part of the curriculum for German medical students between 1939 and 1945. Nazi officials established lectureships in every medical school in Germany for a subject called “Medical Law and Professional Studies” (MLPS).

There was no lack of ethics. It was just the wrong kind of ethics.

The focus of the scholars’ study is Rudolf Ramm, a German general practitioner who became the pre-eminent purveyor of Nazi medical ethics during the War years. He was an ardent anti-Semite who demanded a “complete solution to the Jewish Question in Europe” and a “radical elimination of the Jews”.

Ramm was editor-in-chief of the journal of the German Medical Association, Deutsches Ärzteblatt, and published a textbook, Ärztliche Rechts- Standeskunde (Medical Law and Health). The textbook sold out within a year. Ramm did not survive to be a defendant in the famous “doctors trial” in 1947. He was tried and shot by the Soviets in August 1945. His book was banned a few months later.

What did medical students learn during the Nazi era? According to Bruns and Chelouche, it was “the unequal worth of human beings, the moral imperative of preserving a pure Aryan people, the authoritarian role of the physician, the individual’s obligation to stay healthy, and the priority of public health over individual-patient care”.

However repugnant this now sounds, Ramm believed that the Nazi ideology was responsible for the “reinstatement of a high level of professional ethics.” He was delighted that “the profession had been extensively cleansed of politically unreliable elements foreign to our race” (that is, German-Jewish physicians).

Bruns and Chelouche sum up the pillars of his ethics as follows:

Ramm saw 3 distinct dangers facing the German people: “racial miscegenation,” a declining birthrate, and the “growth of inferior elements” in the German population. He traced the origins of these perceived dangers to a “disregard for the laws of nature,” caused by church dogma and socialist ideologies. Ramm denounced any form of health care for “hereditarily inferior” people and asserted that every person in Nazi Germany had a moral duty to stay healthy.

With the benefit of hindsight, it is easy to see Nazi “medical ethics” for what they are: a flimsy rationalisation to allow physicians to participate in imposing the rule of the Third Reich upon Europe. Their collaboration with the regime was shameful, to say nothing of the horrors of experimentation on unwilling prisoners and mass extermination.

But Bruns and Chelouche are less interested in raking over the coals than in drawing lessons for today’s doctors. Doctors must resist the temptation to believe that they are much more ethical than in “the bad old days”, they observe. Ethical standards do not always progress; sometimes they can regress.

In fact, in the Weimar Republic, ethical standards for human experimentation were “remarkably advanced”, they write. In 1931 the government had responded to scandals in medical practice by setting down clear guidelines. In some respects, they were even stricter than the Nuremberg Code of medical ethics which was adopted after World War II. Non-therapeutic research was “under no circumstances permissible without consent”; a cost-benefit analysis and animal experimentation were required to minimize the risk to humans; publication of results had to respect human dignity, and so on.

So the Nazi doctors could hardly plead ignorance of humane ethical standards. In fact, the authorities did not even bother to repeal the Weimar legislation. They simply redefined the subject of experimentation to exclude concentration camp inmates.

Bruns and Chelouche conclude with this warning:

It is important to realize that ethical reasoning can be corrupted and that teaching ethics is, in itself, no guarantee of the moral integrity of physicians. The history of bioethics reveals that the professional ethos of physicians is more fragile than we might believe because it depends on the moral zeitgeist and politico-social circumstances, both of which are subject to change …

After the atrocities of Nazism and Communism, there is no danger that the medical profession will revert to a collectivist ideology which sets the welfare of the community above the individual. But it is still threatened with seduction by ideology.

Today’s danger is imposing extreme individualism upon medical practice so that ethics is defined by the single standard of autonomy. As long as a patient acts “autonomously”, with informed consent, anything goes: from abortion, to self-mutilating surgery, to euthanasia.

And in the name of this ideology, every kind of injustice can be rationalised. Today, as in Nazi Germany, the medical profession is in danger of being purged of “politically unreliable elements” – conscientious objectors.

But autonomy is only one dimension of human well-being. It is compatible with loneliness, unhappiness, physical suffering, cruelty, and anti-social behaviour – as Belgium, the Netherlands and Canada are discovering while legal euthanasia expands its reach.

In many cases, today’s medical ethicists looking for examples of corrupt ethical reasoning need not google for images of Rudolf Ramm; they can simply take a selfie.

Michael Cook is editor of MercatorNet. This article has been republished under a Creative Commons license.