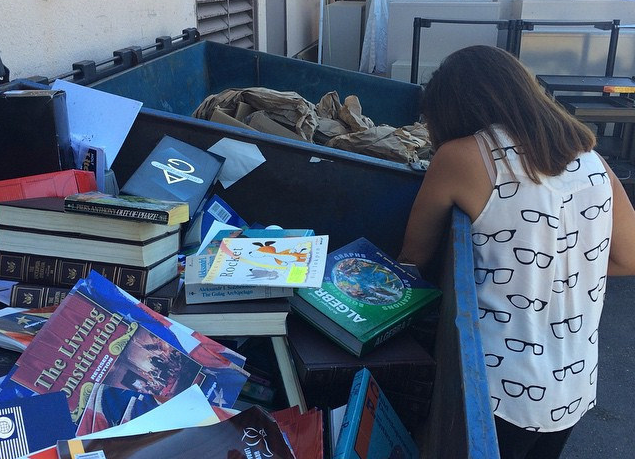 But a recent study out of Kensington University in London suggests that the advantage of choosing reading over television can have more than cognitive benefits; it can have behavioral benefits as well. According to the Daily Mail, researchers studied the interpersonal relations of those who chose reading over television viewing and discovered the following results:

“Readers were more likely to act in a socially acceptable manner while those who preferred watching television came across as less friendly and less understanding of others’ views, researchers said.”

Researchers were quick to caution that the results of their study could simply mean that “thoughtful, well-mannered people are more likely to prefer reading,” rather than the fact that “reading causes positive behavior.” However, I think there’s a strong case for the latter being the reality – and Thomas Jefferson would likely agree.

In 1771, Jefferson penned a letter to his friend Robert Skipworth, providing an extensive list of book recommendations. Included with this list was an explanation on the benefits of reading fiction. In essence, Jefferson believed that reading novels was worthwhile because of the virtuous morals which they inculcated into the reader:

“A little attention however to the nature of the human mind evinces that the entertainments of fiction are useful as well as pleasant. That they are pleasant when well written every person feels who reads. But wherein is its utility asks the reverend sage, big with the notion that nothing can be useful but the learned lumber of Greek and Roman reading with which his head is stored?

I answer, everything is useful which contributes to fix in the principles and practices of virtue. When any original act of charity or of gratitude, for instance, is presented either to our sight or imagination, we are deeply impressed with its beauty and feel a strong desire in ourselves of doing charitable and grateful acts also. On the contrary when we see or read of any atrocious deed, we are disgusted with it’s deformity, and conceive an abhorence of vice. Now every emotion of this kind is an exercise of our virtuous dispositions, and dispositions of the mind, like limbs of the body acquire strength by exercise.”

With studies showing profanity, violence, and sexual content dramatically increasing on television in recent years, it’s hard to say that TV produces the “principles and practices of virtue” which Jefferson described as a key benefit of books. Is it possible that these problems are one of the main reasons why those who prefer television to books are less empathetic? Is the heavy diet of television (and other digital media), along with the minimal diet of good, well-written books creating a culture which encourages antagonism and can’t manage rational, understanding, and civil discourse with those who hold opposing viewpoints?