Pundit: The West’s Love of Open Borders is a ‘Suicide Pact’ 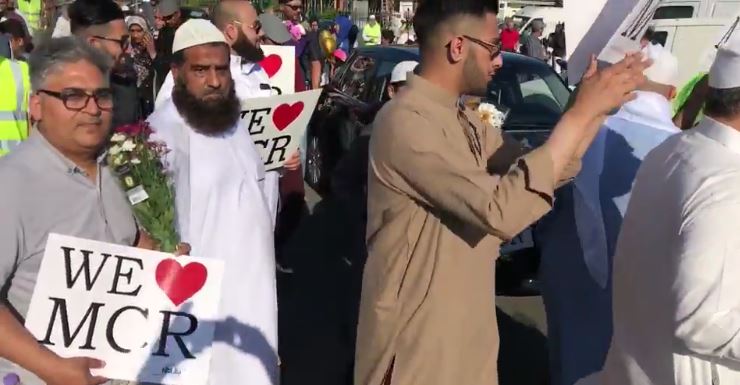 One week after the suicide bombing in Manchester that claimed the lives of 23 adults and children, Manhattan Institute scholar Heather Mac Donald offers a stinging rebuke to those calling for “pledges of renewed diversity” and little else.

“Nothing that an Islamic terrorist can do will ever shake the left-wing commitment to open borders—not mass sexual assaults, not the deliberate slaughter of gays, and not, as in Manchester last week, the killing of young girls. The real threat that radical Islam poses to feminism and gay rights must be disregarded in order to transform the West by Third World immigration.”

Mac Donald seems particularly amused that many are claiming the Manchester attack was unrelated to the United Kingdom’s immigration policies, since the 22-year-old terrorist, Salman Abedi, was a second-generation immigrant, not a first-generation immigrant.

“Defenders of the open-borders status quo inevitably claim that if a terrorist is a second-generation immigrant, like Abedi, immigration policy has nothing to do with his attack. (Abedi’s parents emigrated to Britain from Libya; his immediate family in Manchester lived in the world’s largest Libyan enclave outside Africa itself.) …

The fact that second-generation immigrants are not assimilating into Western culture makes immigration policy more, not less, of a pressing matter. It is absurd to suggest that Abedi picked up his terrorist leanings from reading William Shakespeare and William Wordsworth, rather than from the ideology of radical Islam that has been imported into Britain by mass immigration.”

Mac Donald sounds rather chippy in the article, almost angry. As one reader points out, Mac Donald’s writing in the article is “decidedly more urgent and terse…in contrast to the writer’s usual coolly detached arguments.”

This, I think, reflects the deep divide we see on the politics of immigration (and illegal immigration), as well as a growing constitutional crisis.

In the United States, many on the right, like Mac Donald, see Islamic terrorism as an immigration problem, one that will only grow worse absent policy changes. On the left, a commitment to multiculturalism and diversity would seem to preclude any effort to curtail immigration (or, for many, to enforce immigration laws).

Mac Donald’s primary target is the left. But I’ll note that many libertarians also hold unwavering faith in the virtue of open borders. In fact, many of my libertarian friends often argue that Congress does not have the authority to restrict immigration. (This view often rankles conservatives.) To open border advocates, cities providing sanctuary to unlawful immigrants is akin to resisting the Fugitive Slave Act.

What does the Constitution and precedent say on the issue?

Section 8 of the Constitution grants Congress the right “to establish an uniform Rule of Naturalization.” However, there is no language that explicitly states the federal government has the right to expel individuals or prevent them from entering the country (though there is of course ample precedent).

But whether or not one thinks these constitutional claims have merit is inconsequential. We live in an age defined by politics rather than the rule of law.

Whether the West and Islam can actually coexist is an open question, but I suspect they can.

At the same time, while reasonable people can disagree as to what is the proper number of immigrants a nation receives in a given year, one thing seems clear to me: a democratic nation that lacks the right to determine who enters will not be a nation for long.