Prof: 3 Reasons Lack of Manners is Killing the University 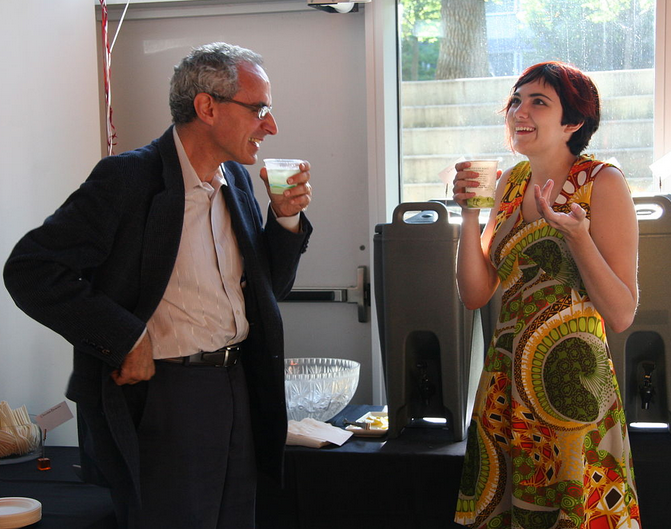 Over the weekend, University of North Carolina professor Molly Worthen penned an article for The New York Times intriguingly titled, “U Can’t Talk to Ur Professor Like This.”

As the article infers, the popular concept of parents allowing children to be their “friends” has hit the ivy halls, and many students are bringing familiarity into the classroom. This familiarity spans a range of faux pas, including addressing a professor on first name basis and using text-speak to ask questions in emails.

According to Worthen, recent studies have found that this etiquette decline is not a figment of a few faculty imaginations:

“Sociologists who surveyed undergraduate syllabuses from 2004 and 2010 found that in 2004, 14 percent addressed issues related to classroom etiquette; six years later, that number had more than doubled, to 33 percent. The phenomenon crosses socio-economic lines. My colleagues at Stanford gripe as much as the ones who teach at state schools, and students from more privileged backgrounds are often the worst offenders.”

Professor Worthen goes on to say that the “calls for old-fashioned courtesy” are not “a case of fragile ivory tower egos or misplaced nostalgia.” Instead, they recognize that the decline of manners and etiquette between teachers and students causes three problems:

1. Diminishes Respect for Knowledge
By removing the barriers of common courtesy between teacher and student, the respect for knowledge and wisdom is also removed. Students thus have a false sense of maturity and knowledge, which in turn prevents them from being the humble seekers who question and ponder the experience and insight which a master teacher can give.

2. Undermines Good Instruction
Worthen suspects that many students who exude disrespect in their manner toward professors do so simply because they have never been taught anything different. In other words, teachers who let respect and professionalism slide when their students interact with them are missing a golden opportunity to employ their craft and mature their pupil. As Worthen notes:

“Explaining the rules of professional interaction is not an act of condescension; it’s the first step in treating students like adults.”

“The erosion of etiquette encourages students to view faculty members as a bunch of overeducated customer service agents. ‘More and more, students view the process of going to college as a business transaction,’ Dr. Tomforde, the math professor, told me. ‘They see themselves as a customer, and they view knowledge as a physical thing where they pay money and I hand them the knowledge – so if they don’t do well on a test, they think I haven’t kept up my side of the business agreement.’”

One can’t help but wonder if such an attitude is partially responsible for the many irrational and angry outbursts which take place on campuses these days. If etiquette and respect for authority is diminished and students set up as equals – or betters – than those instructing them, then what’s to prevent them from asserting their rights and demanding their way in everything? Is it possible that the decline of respect and manners is simply another nail in the coffin of the decline of knowledge in the West?