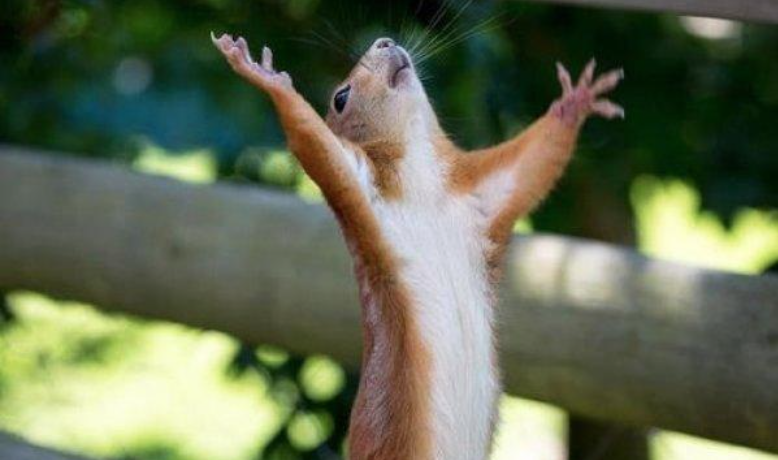 Squirrels in Los Angeles, California, whose victimization has been ignored for too long, have finally gained a champion in the form of Teresa Lloro-Bidart, an assistant professor in the Liberal Studies Department at California State Polytechnic University in Pomona.

Lloro-Bidart’s ringing defense of squirrels against the racist human patriarchy appears in the newest issue of Gender, Place & Culture: A Journal of Feminist Geography, a journal which is standard reading for… uh, well, maybe about three people.

According to the abstract for this paper, which was printed in the May 7 Wall Street Journal (The paper is titled, ominously, “When ‘Angelino’ squirrels don’t eat nuts: a feminist posthumanist politics of consumption across southern California”), Lloro-Bidart

“juxtapose[s] feminist posthumanist theories and feminist food studies scholarship to demonstrate how eastern fox squirrels are subjected to gendered, racialized, and speciesist thinking in the popular news media as a result of their feeding/eating practices, their unique and unfixed spatial arrangements in the greater Los Angeles region, and the western, modernist human frame through which humans interpret these actions. I conclude by drawing out the implications of this research for the fields of animal geography and feminist geography.”

Among the many human depredations visited upon the squirrel, there is that of being “otherized” on account of its diet:

“…[E]astern fox squirrels [sic] eating of ‘everything’ is viewed as a performance whereby the fecund female ‘other’ risks causing a ‘takeover.’ Such narratives problematically bind the category ‘squirrel’ through a delineation of proper and improper eating practices, forestalling membership in both suburban/urban and wild places.”

And to think this could happen today. In a society that calls itself civilized. And, by the way, wouldn’t (as Dave Barry might say) the “Otherized Squirrels” be a great name for a rock band?

According to the paper, squirrels are also subject to being “gendered,” which probably comes as a surprise to squirrels themselves since, being unaware of the evils of gender binaries, they seem to be under the impression that they are exclusively male and female and that there is no problem with that.

In addition, Lloro-Bidart catalogues the manifold ways in which these poor oppressed squirrels, in the process of being “gendered,” are also being fat-shamed by being targeted by stereotypes of women who eat too much. At least, that is how we interpret this statement:

“As feminist food studies scholar Cooks highlights, the metaphor of food as body ‘individualizes the body as the unit of consumption’ and ‘prescribe[s] gender identities via what and how we eat.’”

And by the way, am I the only one less scandalized by the fact that squirrels are being fat-shamed than that universities actually pay people to be feminist food studies scholars?

Of course, it is hard to know what squirrels themselves think of all this, since they communicate using random and unintelligible vocal sounds. But, then again, so do feminist posthumanists who write ridiculous academic articles like this.