Noted Scholar to Congress: ‘We need a cultural Great Awakening’ 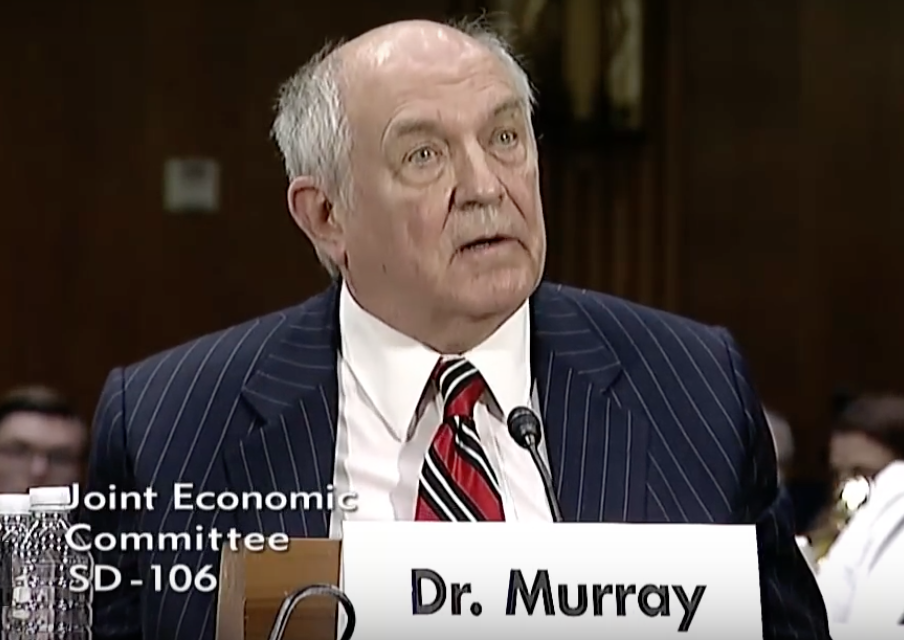 Political scientist Charles Murray has spent much of his career examining cultural trends in a declining America.

He is most known for his controversial book The Bell Curve, which argues that intelligence is a better predictor of children’s success than their parents’ socioeconomic status. More recently he published the New York Times bestseller Coming Apart: The State of White America, 1960-2010, in which he details the growing class divides and the continued “unraveling” of traditional American culture.

In a May 17 statement before the Joint Economic Committee of Congress, Murray told members of the Congress and Senate that America is in need of “a cultural Great Awakening”:

“I would argue that it is not a matter of ideology but empiricism to conclude that unless the traditional family and traditional communities of faith make a comeback, the declines in social capital that are already causing so much deterioration in our civic culture will continue and the problems will worsen. The solutions are unlikely to be political but cultural. We need a cultural Great Awakening akin to past religious Great Awakenings.”

As many of you know, the “Great Awakenings” refer to periods of intense Protestant religious revival in 18th- and 19th-century America.

But Murray clarifies that his recent calls for a revival of family and church in America are empirically motivated. Indeed, as Joseph Sunde at the Acton Institute’s blog reminds us, Murray himself professes to be an agnostic.

Thus, on the family, Murray said:

“As a matter of statistical tendencies, biological children of married parents do much better on a wide variety of important life outcomes than children growing up in any other family structure, even after controlling for income, parental education, and ethnicity.”

“With regard to religion, I am making an assertion about a resource that can lead people, adolescents and adults alike, to do the right thing even when the enticements to do the wrong thing are strong: a belief that God commands them to do the right thing… For its active members, a church is far more than a place that they go to worship once a week. It is a form of community that socializes the children growing up in it in all sorts of informal ways, just as a family socializes children.”

However, as Murray seems to recognize, it’s going to take more than empiricism and statistical data to rebuild the institutions of family and church in America. In my experience, telling people in poverty that they need to have healthy marriages and go to church more so they can be “prosperous” doesn’t have a high success-rate. Everyone likes money, but most people aren’t ideological economic mercenaries.

Ultimately, an effective rebuilding of Western culture—and its institutions of family and church—must be rooted not in utilitarianism, but in truth.

p.s. Unfortunately, from the video of the hearing below, it looks like many of the attending members of Congress took a cue from college rioters and did not bother to intellectually engage with Murray’s arguments—neither those in his books nor his statement before Congress. Instead, they childishly dismissed him in prepared, virtue-signaling statements as a racist and white supremacist. I’ll leave it to you to decide what that means for the future likelihood of a “cultural Great Awakening” in America.