Not All Parents Want Their Children to be Social Justice Warriors 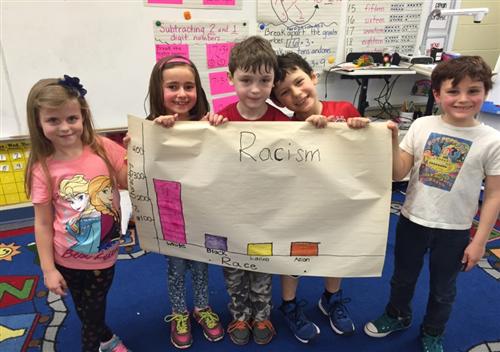 My article yesterday on the indoctrination taking place at a Minnesota elementary school continues to generate controversy. To recap: the article pointed out numerous examples showing that the K-5 students of Highlands Elementary in Edina are being encouraged to become activists who view the world through the lens of race.

Today, I wanted to continue the conversation in an attempt to more precisely clarify the problem with this elementary school’s curriculum.

And judging by the responses, one of the main problems, as I see it, is this: America is just way too ideologically divided as a country to maintain the current structure of its public education system.

Many of the commenters, along with some of the teachers at Highlands Elementary, seem perplexed at the idea of anyone having a problem with the particular brand of social justice being promoted in the curriculum. For example:

But that’s just the point: it’s a particular brand of social justice that Highlands is pushing on students.

In their colorful ways, Crissy, Dan, and Marianita above reference the ideas of “equality,” “justice,” and “inclusion.” They’re presumably thinking, “Highlands Elementary’s curriculum promotes equality and justice, and equality and justice are good things. Therefore, how can anyone be against them?”

But equality and justice are not univocal terms!!! They don’t simply have a universal meaning for every person and culture. One’s understanding and application of them depends upon one’s underlying worldview and the principles that form that worldview.

And there are many Americans who simply do not share the same worldview being promoted by Highlands Elementary, nor the specific understandings of equality and justice that result from it. There are many parents who send their children to public schools such as Highlands whose worldviews and intellectual positions would not lead them to agree with the tactics of a group like Black Lives Matter, or to believe that “white privilege” is a valid concept that should be inculcated in their children, or to think that focusing on race is the best way for their children to avoid becoming racists.

And there were many commenters yesterday and today who do not share the worldview being promoted at Highlands, and who disagree with its intellectual and moral foundation. Here are two examples:

But in the current public education system, even if people don’t agree with what’s being taught in their local schools, they still have to fund a school such as Highlands with their taxes. And unless they’re a parent with the financial means to either move, elect for private education, or homeschool, they still have to send their child to that school.

Would the principal and teachers at Highlands Elementary want to either fund or send their children to a school that heavily focused on providing students with a classical, Western education that included no references to the hot-button political, social, and racial issues of today? How would they feel if they had to financially support a public school that uses the Black Lives Matter movement as an example of the breakdown of rational discourse in American society, or even as promoting racism itself?

What is more, because of the massive centralization that continues to take place in the American education system, the social justice curriculum at Highlands is by no means idiosyncratic to that school. Elements of it can be found in schools throughout the Twin Cities metro area, throughout the state of Minnesota, and throughout the country.

Given the ideological divide in America, perhaps it’s time for something like universal school choice. Perhaps it’s time to give parents greater freedom over the worldview in which their children are formed.