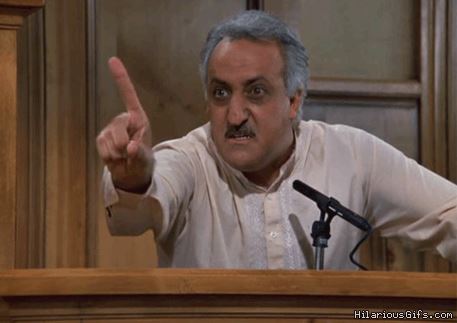 We’ve done it. You probably have, too. No matter what we believe about morality or politics, we’ve all used moral talk to project an impressive and morally respectable image of ourselves. Suppose, for instance, that one of us, in an effort to impress his friends with his sterling character, says, ‘I have long stood on the side of the disadvantaged and this case is no exception. I will not tolerate this injustice, nor should any other good person.’ We call this moral grandstanding.

Moral grandstanding is worse than being merely annoying. There are strong moral reasons to avoid grandstanding: it leads people to adopt extreme and implausible claims, and it devalues public moral discussion. But what is it and what are moral grandstanders trying to do?

Grandstanders want others to regard them as being morally respectable, or even morally remarkable, and the contributions they make to public moral discourse are intended to satisfy that desire. To grandstand, then, is to use moral talk for self-promotion. Of course, when grandstanders make their ostentatious claims about justice or human rights, they may be sincere. (In fact, we suspect they usually are.) Less sincere grandstanders may not care one way or another about their stated cause, but still want others to believe that they care. A grandstander’s claim might even be true, or supported by reasons or evidence. But whatever the incidental features of grandstanding, the grandstander’s primary concern is projecting an image of herself as someone who is on the side of the angels. (Some readers may be reminded of the recently coined and politically-charged term ‘virtue signalling,’ but we think that term has problems.)

How common is moral grandstanding? There is ample empirical evidence to show that people really are often motivated to use moral talk to impress others. Social scientists have found that we tend to judge ourselves as superior to others in a host of areas: intelligence, friendliness and ambition, for example. But when it comes to morality, our willingness to rate ourselves as being superior is even more pronounced. Recent research shows that many of us regard ourselves as morally superior: we think we care more about justice, or empathise more deeply with victims of wrongdoing, or have greater moral insight than the average person. In terms of morality, we tend to give ourselves pretty good reviews.

Grandstanding takes many forms. In a quest to impress peers, grandstanders trump up moral charges, pile on in cases of public shaming, announce that anyone who disagrees with them is obviously wrong, or exaggerate emotional displays. However, there is one particularly troubling form of grandstanding, which we call ramping up.

Ann: ‘The Senator’s behaviour was wrong. She should be publicly censured.’

Biff: ‘If we cared about justice, we should seek her removal from office. We cannot tolerate that sort of behaviour, and I will not stand for it.’

Cal: ‘As someone who has long fought for social justice, I’m sympathetic to these suggestions, but I want to suggest that we should pursue criminal charges – the world is watching!’

Ramping up happens when discussants make increasingly strong claims in order to outdo one another. Each wants to show greater moral insight and care for justice, and one way to do that is to stake out increasingly extreme claims. When ramping up, discussion devolves into a moral arms race.

This is why moral grandstanding can be so harmful. Ramping up contributes to group polarisation, where individuals come to hold more extreme views after deliberating with others, rather than moving toward a moderate consensus. The result of a moral arms race is that people will tend to adopt extreme and implausible views, and refuse to listen to the other side. Polarisation makes compromise more difficult. The winner of the moral arms race is the just and pure one. And why should we compromise with the morally impure? This is an especially bad outcome in democratic societies.

Another consequence of grandstanding is that many people stop taking moral conversations seriously. They become cynical about the moral claims they hear in public discourse because they suspect that the speaker is simply trying to show that his heart is in the right place, rather than trying to help others figure out what we should do or believe. Observers can even come to think that all moral claims are cases of moral grandstanding. In other words, grandstanding devalues the social currency of moral talk. Moral talk comes to be seen as a nasty business – a battlefield for people trying to prove that they are on the right side of history. By debasing moral talk, we render it a less useful tool for accomplishing aims more important than the promotion of reputation.

After reading about grandstanding and why it’s bad, it may be tempting to figure out how to positively identify cases of grandstanding and call out grandstanders in public. However, this is the wrong response. For one thing, issuing public condemnations of grandstanding reflects bad priorities, just like grandstanding itself. The point of public moral discourse isn’t to separate out the morally pure from the pretenders. It’s to help us understand and address serious moral problems. Calling out individual offenders might make the accuser feel powerful, but it’s unlikely to actually do much good. More likely, the charge of grandstanding will be returned, or a pointless public discussion about what’s in someone’s heart will unfold.

The problem is that it’s hard to tell if someone really is grandstanding. To see why, think about a similar case: lying. It’s difficult to know whether someone is lying to you, rather than simply saying something that’s false, because lying involves intentional deception. It’s hard to know what is in someone else’s head, even if there are occasional indicators. The same is true of grandstanding. Grandstanders want to be seen as morally respectable. But it’s often hard to tell if this desire is truly in someone’s head simply from behavioural cues. This is a good reason not to go around accusing people of grandstanding. You probably don’t know enough to justify the accusation.

So thinking about grandstanding is a cause for self-reflection, not a call to arms. An argument against grandstanding shouldn’t be used as a cudgel to attack people who say things we dislike. Rather, it’s an encouragement to reassess why and how we speak to one another about moral and political issues. Are we doing good with our moral talk? Or are we trying to convince others that we are good?