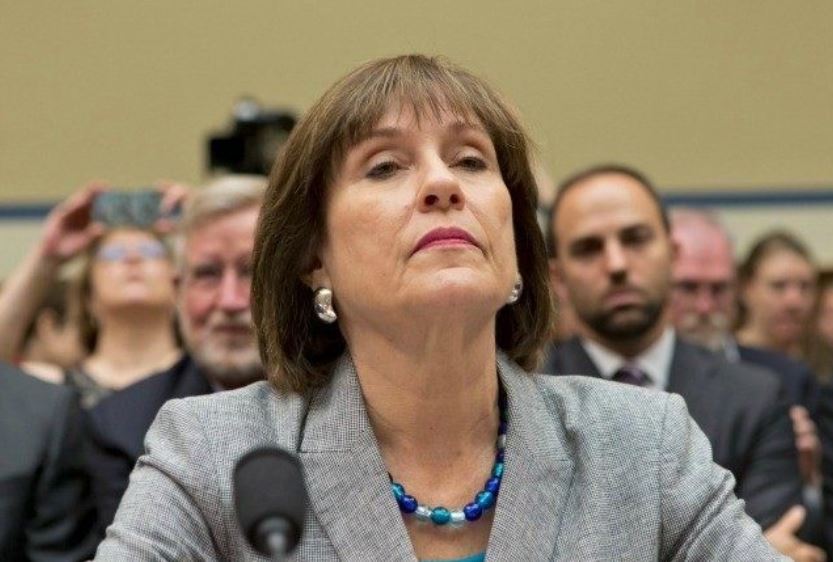 “We believe that she targeted people based on their political philosophy, which is a crime, and secondly, we believe that she has lied to the inspector general when that was being investigated,” Rep. Peter Roskam, R-Ill., told The Daily Signal in a phone interview.

During her time at the IRS, Lerner reportedly targeted tea party groups.

Lerner “admitted that the agency put additional scrutiny into the applications for nonprofit tax status of conservative and Tea Party groups,” according to NPR.

“We think it is important that the Justice Department thoroughly review it because in our view the Obama administration was dismissive,” Roskam told The Daily Signal. “They just dismissed it out of hand and never took it seriously, which is a mistake.”

In 2014, the House Ways and Means Committee sent a letter to President Barack Obama’s Department of Justice, detailing the findings of its investigation of Lerner.

Obama’s Department of Justice held a two-year investigation into Lerner’s case, but closed it on Oct. 23, 2015, with no charges.

The April 2017 letter states that the House Ways and Means Committee found that “ … Lerner used her position to improperly influence IRS action against conservative organizations, denying these groups due process and equal protection rights under the the law.”

The findings of the committee’s investigation also show that Lerner “impeded official investigations by providing misleading statements in response to questions from the Treasury Inspector General for Tax Administration.”

Lerner may also have potentially leaked private taxpayer information by using her personal email on the job, according to the 2017 letter.

In a 2014 interview, Lerner told Politico, “I didn’t do anything wrong,”

“I’m proud of my career and the job I did for this country,” she added.

Jay Sekulow, chief counsel of the American Center for Law and Justice, a legal and legislative organization which seeks to promote religious and constitutional freedoms, told The Daily Signal a second look must be taken.

Roskam said he “cannot speak to the procedure,” of how the Department of Justice may act if they choose to reopen Lerner’s case, but that he is hopeful that Lerner will be “brought to justice.”

A senior official at the Department of Justice told The Daily Signal that the department “received the letter and are reviewing it.”

Double jeopardy, a second prosecution for the same offense, would not apply in Lerner’s case, Sekulow said in a statement provided to The Daily Signal, “as Lerner has not yet been charged with any crime.”

Additionally, Sekulow said statute of limitations, which dictates when legal action can be taken, “could begin to apply the longer the [Department of Justice] waits to reopen an investigation and potentially charge Lerner,” adding:

Prosecution for many federal crimes is five years from the commitment of the offense. However, the clock does not begin to run until the crime has been completed. Arguably, here, the targeting is still ongoing under the exact scheme that Lerner designed and intentionally implemented.

Brady said justice might be brought to Lerner’s case with new leadership.

“Our committee found troubling evidence that Lois Lerner willfully deceived the American people and abused her IRS authority to discriminate against taxpayers for their political beliefs,” Brady said in a statement provided to The Daily Signal. “With a new administration—one that hasn’t prejudged the issue—these allegations deserve a fresh look.”