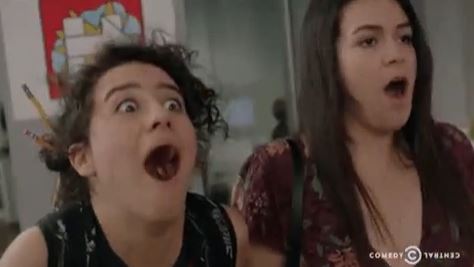 New York University professor Jonathan Haidt has become one of the most vocal critics of the university system’s culture of intolerance.

The founder of Heterodoxy Academy, whose mission is to improve “the academy by enhancing viewpoint diversity and the conditions that encourage free inquiry,” Haidt says universities today face an enormous but important challenge:

“They must prepare their students for life in a politically divided democracy at a time when many people—on campus and off—simply don’t want to read anything by people on the “other side.”

Haidt recently offered a six-point process to reducing political intolerance on campus. Here is the proposal:

Understand the value of viewpoint diversity. Begin by learning about the advantages of having your beliefs challenged, and of discovering that you may have been wrong about something.

Look inside the mind. Learn a little bit of psychology to see the tricks the mind plays on us, making us all prone to be self-righteous, overconfident, and quick to demonize “the other side.”

Understand the moral matrix. Learn how each team or tribe builds a comprehensive worldview that can explain everything, while making it harder for its members to think for themselves.

Venture beyond your moral matrix. Step outside your own moral matrix by exploring the mindsets, perspectives, and principles of progressives, conservatives, and libertarians.

Prepare for political conversations. Practice some skills—such as cognitive reappraisal, acknowledgment, and perspective taking—that will help you to talk, work, and engage productively with people whose politics and values differ from yours.

These seem like prudent steps. The problem is that relatively few universities seem committed to promoting policies that encourage intellectual diversity, free speech, and civil discourse.

Universities seem content to placate both students and faculty who undermine these principles. What can be done?

Peter Wood, president of the National Association of Scholars, offered a provocative solution earlier this year in an article at The Federalist.  He noted that the simplest solution “would be for college presidents and trustees to uphold the principles on which their institutions were founded.”

Noting that such action is unlikely, he floated the idea that Congressional action could be taken to create “a set of basic incentives to foster intellectual diversity and disincentives for violating intellectual freedom.” Among these incentives would be a proposal “to cut funding for colleges and universities that suppress free speech.”

It’s a radical proposal in some ways, and Wood admits that the legal framework could be difficult to craft.

On the other hand, these are taxpayer dollars, and lawmakers have a responsibility to ensure these funds are being responsibly spent. And if we’re serious about seeing our institutions of higher learning embrace the fundamental principles of free speech and academic inquiry, it’s a policy the Trump administration may soon need to seriously consider.