Is John F. Kennedy Responsible for the Alt-Right? 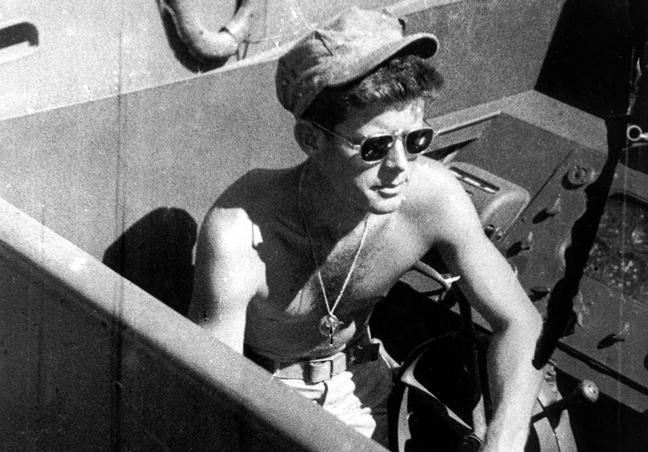 JFK and the Masculine Mystique: Sex and Power on the New Frontier, is a powerful and incisive new book about men. Written by Steven Watts, the book combines thorough research, penetrating analysis, and graceful prose.

One of the more intriguing arguments in the book is that Kennedy was responsible for unmooring traditional values due to his destructive behavior. “JFK’s ethic of manly indifference helped unravel many traditional social ties rooted in domestic life,” Watts writes. “According to his sophisticated new ideal, the alpha male dominated all and recognized few restraints, including the obligation to repress his impulses in the interest of family well-being. Disdainful of bureaucratic labor and the plodding organization man, Kennedy and his circle encouraged modern males to transcend the traditional ideal of provider and embrace hip new guidelines promoting excitement, adventure and conquest.”

Watts doesn’t say it, but this seems like the primordial birthplace of the alt-right, a movement that centers on racism, nationalism and anti-feminism and prides itself on its disdain for beta males, bureaucracy, minorities and illegal immigration. As a comprehensive break down in New York magazine puts it, “In a world gone PC, chauvinism was the last punk taboo.”

According to Watts, in the 1950s, American men were feeling trapped between the suffocating bureaucracies that had sprung up after World War II and the enervating domestic drudgery of the crabgrass frontier—not to mention physical torpor brought on by the convenience of modern cars and technology. Then appeared John F. Kennedy, a handsome, charismatic man of bold vision and physical vigor. Kennedy had movie star looks, an extensive education, wit, charm, and what appeared to be physical power (although later years revealed this was a bit of a sham, as Kennedy had a bad back and was often medicated). A war hero, Kennedy was well spoken and had appreciation of the arts. Women went crazy when he drove by—the media called Kennedy’s groupies “jumpers” because they jumped up and down.

Watts’ idea that Kennedy was responsible for the cultural revolt of the late 1960s is not entirely convincing. Furthermore, Kennedy expressed a disdain for an omnipresent consumer culture that saps the effort to live with integrity. He would have disliked the digital frontier that has given the alt-right oxygen.

The Left of the 1960s often fiercely attacked Kennedy, who came from money and the best schools and was an unwavering anticommunist. While it’s true that Kennedy’s promiscuity presaged the sexual revolution, Kennedy, unlike the Playboy revolutionaries of the 1960s, did not call for changes in the public sexual ethic of America. Also, contra Watts, to many postwar men the suburbs offered liberation rather after the trauma of fighting Nazism. Watts accepts at face value the argument that the suburbs were prisons of boredom and the abundance of a consumer-driven existence, when to many people in postwar America they offered an attractive and even spiritually rich life of marriage and children.

Yet in one way Watts is on to something. There was a certain hollowness to the consumerism that overtook American society after World War II—a consumerism that in the modern digital age has become an epidemic. In the 1950s large bureaucracies and corporations did make many men feel like the physical strength that former generations found necessary to survive was no longer necessary, and that they themselves might soon be obsolete.

In 1963, Betty Friedan wrote her seminal feminist book, The Feminine Mystique, and Watts makes a strong case that the problems that Friedan illuminated also affected men. The prison of the suburban home wasn’t so different from the prison of the gray flannel suit and the nine-to-five corporate job.

Many modern men are still plagued with this malaise, which makes the alt-right call to action much more intoxicating. Yet waging war on a keyboard is not the real thing. In his book, Watts describes when Kennedy was asked to respond to the statement that Richard Nixon, Kennedy’s rival in the election, had made to Nikita Khrushchev, the leader of the Soviet Union. Told by Khrushchev that Russia would bury the West, Nixon replied that the West would triumph because we have more color TVs. Kennedy’s reply was memorable and caustic: “Mr. Nixon may be very equipped in kitchen debates. So are a great many married men I know.” Kennedy then added that faced with the choice between a life of passive consumption and one of purpose and integrity, “I will take my television black and white.” It’s hard to imagine President Trump saying the same thing.

This article is republished with permission from Acculturated.