Emma Watson just won the first ‘Gender-Neutral’ acting award. What does that mean? 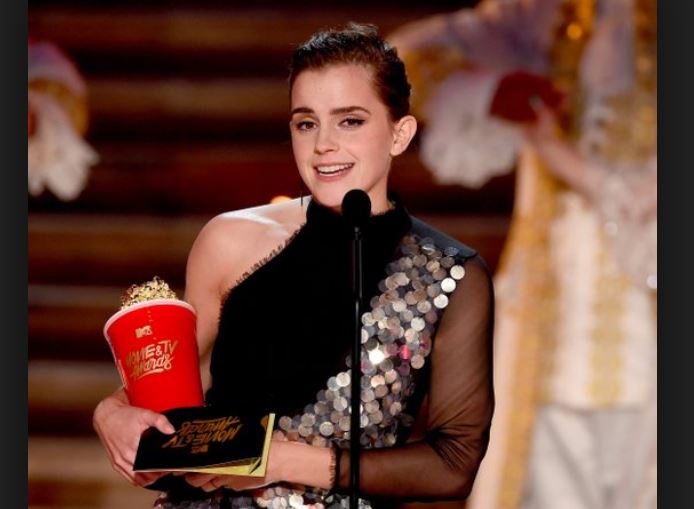 So what does that mean? Unless I’m missing something, it appears that MTV just lumped male and female actors into a single category, giving out a single award for the best acting performance.

That doesn’t seem like that big of a deal. But it very much is, we’re told, though it’s unclear precisely why. Here is Watson’s take:

“MTV’s move to create a genderless award for acting will mean something different to everyone. But to me it indicates that acting is about the ability to put yourself in someone else’s shoes and that doesn’t need to be separated into two different categories.”

That seems pretty benign. In fact, I found myself kind of liking this idea. I mean, this could cut the runtime of the Oscars in half.

But there is more to the award, of course. The award was presented by Asia Kate Dillon, who identifies as non-binary. She called the award “the first acting award ever that celebrates performance free of any gender distinctions.”

Now, I took two of my children to see Beauty and the Beast just a couple of weeks ago. It was a pretty good film, and Watson gave a fine performance. But there was nothing in the portrayal of Belle that was terribly different than the animated version, nor any other Disney princess or heroine for that matter. She was a strong and caring female character who fell in love with a prince, broke a curse, and undoubtedly will live happy ever after.

This leads me to believe MTV’s award had little or nothing to do with acting; rather, I suspect it was more about advancing the (flawed?) idea that gender is a mere social construct. In the ultimate form of virtue signaling, MTV at once demonstrated its moral purity and thumbed its nose at the reactionaries at the Academy who still have categories for “male” and “female” roles.

Perhaps this shouldn’t be surprising. This type of philosophical and moral rebellion has long been at the heart of postmodern progressivism.

More than one hundred years ago, G.K. Chesterton wrote about the “entirely lawless modern philosopher” in his great novel The Man Who Was Thursday. In an interaction with a moral anarchist posing as a poet, the hero Gabriel Syme tries to understand the motivation of his adversary.

SYME: “…what is it really all about? What is it you object to? You want to abolish Government?”

LUCIAN GREGORY: “To abolish God!” said Gregory, opening the eyes of a fanatic. “We do not only want to upset a few despotisms and police regulations; that sort of anarchism does exist, but it is a mere branch of the Nonconformists. We dig deeper and we blow you higher. We wish to deny all those arbitrary distinctions of vice and virtue, honour and treachery, upon which mere rebels base themselves. The silly sentimentalists of the French Revolution talked of the Rights of Man! We hate Rights as we hate Wrongs. We have abolished Right and Wrong.”

Gender, of course, is simply one more of the “arbitrary distinctions” that must be denied by the moral anarchist. Chesterton, it seems, saw where postmodernism was heading even before the postmodernists.