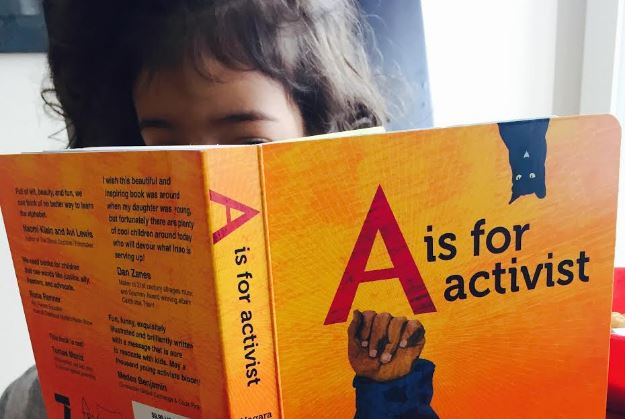 As I’ve pointed out elsewhere, a large percentage of students in public schools today are being trained to view the world primarily through the lenses of race, class, and gender.

Another good example of this phenomenon came to my attention last week in Intellectual Takeout’s backyard.

Highlands Elementary is a K-5 school in Edina Public Schools district. Edina is one of the wealthiest cities in Minnesota, and its school district is considered by many to be the best in the state. Highlands itself has impressive standardized test results: over 85% of their students are proficient in reading and math.

But in the past year, Highlands’ young students have also been subjected to a barrage of curricular offerings focused on race and social justice.

The Kindergarten class at Highlands has been engaged for weeks on something called the “Melanin project”:

Here is a poem that one of the 1st-graders at Highlands produced:

Apparently the kindergartners are also being taught where to align themselves on some of today’s controversial political issues:

And just recently, it was announced that Highlands was awarded a grant that will allow the 4th and 5th graders to participate in the Stages Theatre Company’s “Perspectives on Peace” (PoP) project. According to Stages’ website, PoP is led by Nikki Swoboda, and “illuminates current world events and broadens students’ attitudes toward tolerance, respect, understanding, and peace…” A promotional video for the project that was sent to Highlands parents associated the “Black Lives Matter” movement with “peace.” [Since the original publication of this article, the video has been removed.]

It is unclear to me if this unusually large focus on social justice issues is a perennial theme at Highlands Elementary, or if it’s directly the result of the hiring of Kathryn Mahoney as principal last year.

But one thing is clear: Mahoney is certainly a zealot for social justice issues. Almost every post she uploads to the school’s blog, “Wonder,” includes an “Equity Corner,” where she provides recommendations to teachers and parents for their further education. (Note: Mahoney is also prolific on the school’s Facebook page.)

Some of the many recommendations include…

– an article from The Root titled “Yes, You Can Measure White Privilege.”

– book resources for parents to use to talk with their children about race.

– the student projects on activist groups at the Ashoka Changemaker Summit. (Highlands is listed as one of Ashoka’s “Changemaker Schools,” which share a commitment to helping children “master empathy.”)

Here’s a video from the conference:

– and a slide from a presentation by Eduardo Bonilla-Silva, author of Racism without Racists, which encourages the creation of “a large cohort of antiracist whites.”

The picture of the slide above was taken from a recent Technology and Information Services (TIES) conference for Minnesota educators, and offers one more illustration that Highlands’ social justice curriculum is not specific to this school, but is becoming systemic in America’s education system.

The word “indoctrination” is defined as the process of teaching a person or group to accept a set of beliefs uncritically, or of inculcating a very specific ideology. Given this definition, I don’t really know how else one could avoid the conclusion that the young children at Highlands Elementary are being indoctrinated. They are being trained to see the world through the lens of race, to adopt the mantras of certain radical groups, and to become activists. And at their age, these students have neither the knowledge nor the experience to really oppose much of what they’re being taught.

I imagine there are a lot of parents in Edina, and in other school districts across America, who applaud such a social justice curriculum, and want its values instilled in their children. But I’m sure there are also many other parents who simply want their grade-school children to learn the basics, and to learn them well, without the ideology.

Shouldn’t the parents in this latter group have a say?