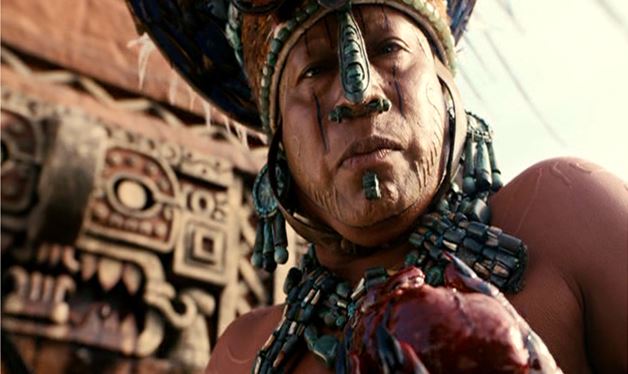 It has become common for many Americans and Europeans to denounce the West because of its past sins. As David Brooks recently pointed out in his New York Times column, students in history courses are often taught that “Western civilization is a history of oppression.”

This argument against the West usually takes the following form:

1) Western people in the past have committed violent atrocities based on a perceived religious or cultural superiority.

2) Therefore, Western civilization is not worth preserving.

But from a logical perspective this argument is missing a premise, namely, that every civilization or people that has committed violent atrocities based on a perceived religious or cultural superiority is not worth preserving.

According to philosopher and social critic Jacques Ellul, if one believes that this (usually unstated) premise is true, then not one civilization or people that has ever existed would make the cut.

In The Betrayal of the West, Ellul agrees that Westerners need to acknowledge the sins of their past. There has been blood, and it does no good for the future of the West to deny it.

But Ellul does not believe it follows from this acknowledgement that one must therefore scorn the West:

“Am I therefore to become a masochist and reject everything western, deny all the values of our world? No! I take a middle ground; I admit the accusations in their full extent, but I do not accept the rejection of the West in its entirety. I accept responsibility for the evil that has been done, but I deny that only evil has been done. I know our civilization is built on bloodshed and robbery, but I also know that every civilization is built on bloodshed and robbery. In the face of the pseudo-revolutionary speeches, the sensational news of people joining the guerrillas, the contempt for ‘white culture,’ and the inflamed desire to destroy everything that made us great, I reaffirm the value of the West we have known.”

Ellul goes on to provide pages of historical reminders that other cultures cannot exactly cast stones at the West. Among the reminders is this paragraph:

“Let me begin by recalling some facts. We have been colonialists and we are now imperialists. Granted. But we did not invent colonialism and imperialism, nor are we the sole actors in these dramas. When the Arabs invaded the whole northern section of black Africa, what was that but colonialism, and indeed something worse than colonialism? And what of the Turkish invasions that created the Ottoman empire? and the Khmer invasions that created the Khmer empire? and the Tonkinese invasion that created the Tonkin empire? and the terrible conquests of Genghis Khan, which were doubtless the most terrible conquests of all, since Genghis Khan probably slaughtered some sixty million people in the course of his reign, or more people than Hitler or even Stalin? and the Bantu invasions that created new invader kingdoms in two-thirds of the black continent? What of the Chinese invasions of a third of Asia? and the Aztec invasions of their neighbors that led to what we are told was the wonderful Aztec kingdom that the fearsome conquerors destroyed, but which was itself in fact nothing but a frightful dictatorship exercised over crushed and conquered peoples?”

And regarding the West’s unique role in human history, Ellul has this to say:

“[T]he essential, central, undeniable fact is that the West was the first civilization in history to focus attention on the individual and on freedom. Nothing can rob us of the praise due us for that. We have been guilty of denials and betrayals… we have committed crimes, but we have also caused the whole of mankind to take a gigantic step forward and to leave its childhood behind.”

Perhaps it’s also time for Westerners today to leave behind a childish loathing of their past that remains blind to its very real and important achievements. The conclusion to Brooks’ aforementioned column is also fitting here: “All I can say is, if you think [Western Civilization] was reactionary and oppressive, wait until you get a load of the world that comes after it.”