Is Berkeley the Fort Sumter of a New Civil War? 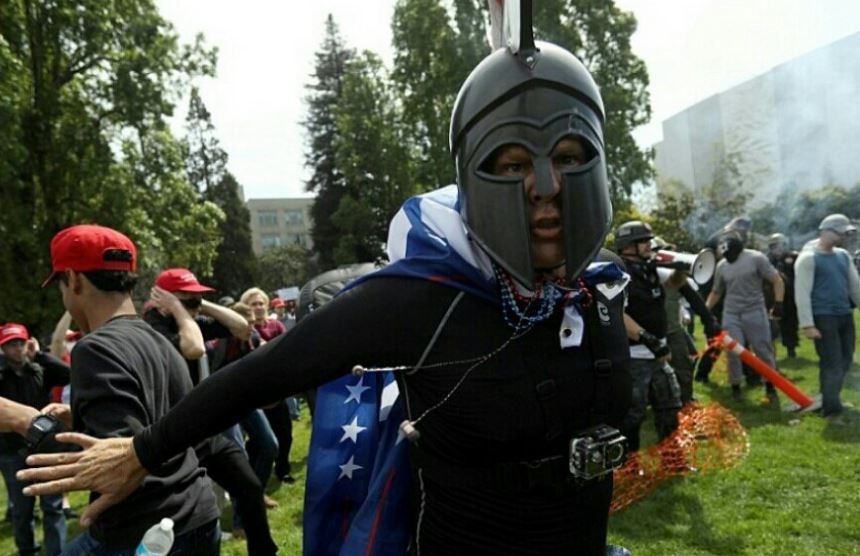 Could the college town where the “Free Speech Movement” began be the place where it ends?

“As a reporter who has covered Berkeley since 2009, when two journalists and I founded a local news site, Berkeleyside, I have attended numerous demonstrations …

But what is happening in Berkeley in 2017 is completely different. Instead of protesters rallying against authoritarianism and state power (the Free Speech Movement protested against the University of California’s decision not to let people distribute political materials on campus; the fight for People’s Park was against the university and the National Guard) these are fights among citizens.

I feel like Berkeley has become the ground zero of a new civil war.”

What is partly remarkable is that the The Daily Beast, a left-leaning website, would print an article that places blame where it is due on both sides. It is the kind of thing that is in short supply in our partisan media. That should tell us something about how far over the line of acceptability the left has gone.

But while the article is even-handed in the expression of its concern about what this means for our society, it doesn’t even try to explain why this is happening.

This is happening in part because the grown-ups in our society increasingly lack the moral courage to do simple things like keeping civil order. If you let this kind of thing get out of hand, it emboldens the radicals and they do it again. And again, and again. The spectacle of radical left groups, dressed in black hoods and masks, smashing windows and throwing fire bombs to protest a right-wing speaker at Berkeley while police looked on helplessly was taken note of by every radical in the country looking for an opportunity.

If you add to the tally the violent demonstrations in Ferguson and Baltimore—where police were only marginally more responsive—you get a recipe for civil unrest.

As families fail, as religious loyalties erode, as education is increasingly trivialized and communities decline, the disconnected and the alienated in our society look for some excuse to assert themselves in the cultural void.

In the concluding words of Dinkelspiel’s article, “Be warned.”