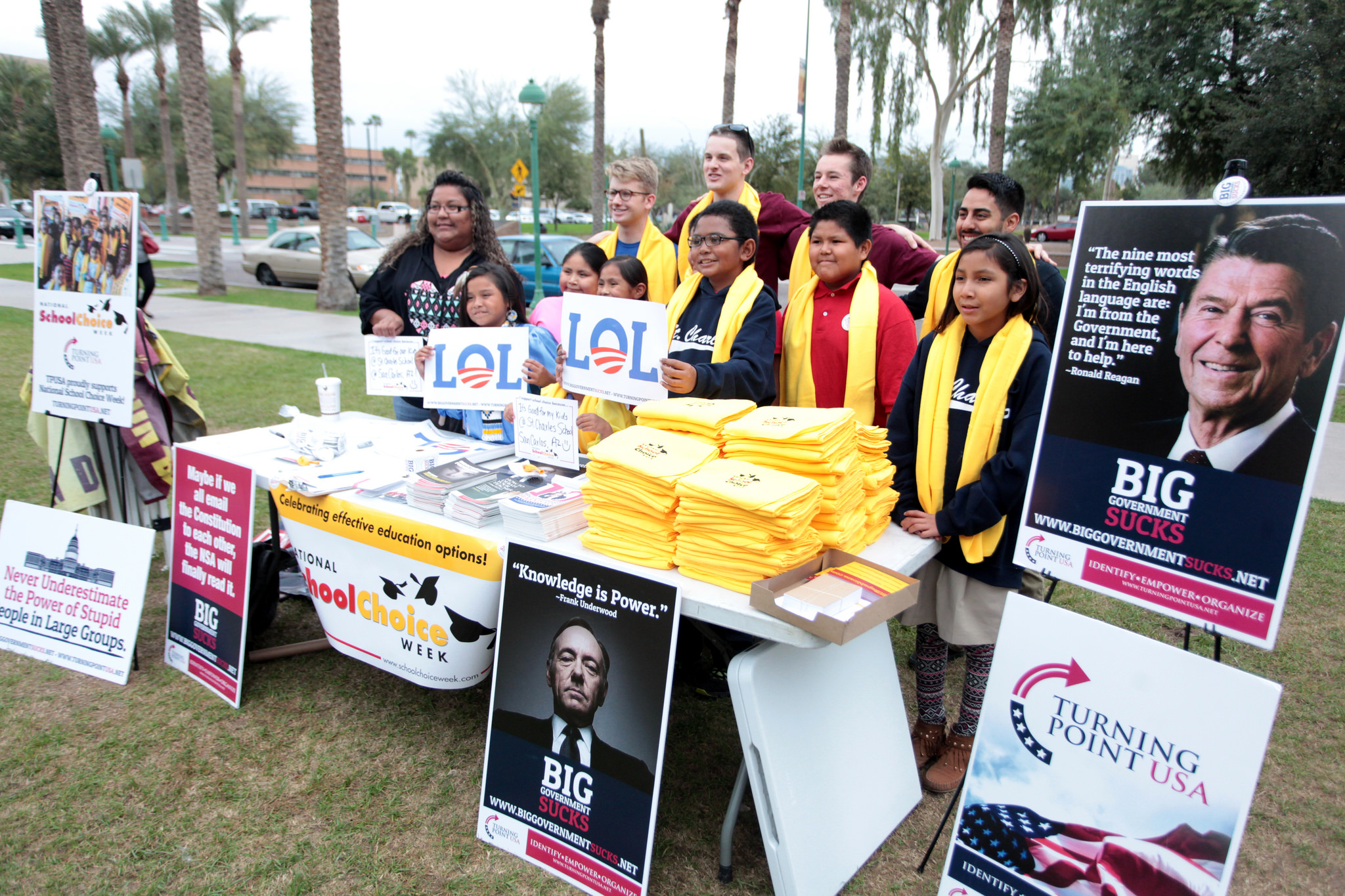 Gallup, one of the most trusted household names in national polling, recently asked Americans whether they agreed, disagreed or didn’t know enough to have an opinion about 15 of President Trump’s proposals or actions.

School choice was one of the issues, and on the surface, the results weren’t all that surprising: 59 percent of Americans support providing federal funding for K–12 students to attend the public or private school of their choosing.

This mirrors national polling results that we’ve released on specific types of school choice programs. Our survey last year found 59 percent of Americans supportive of charter schools; 56 percent in favor of school vouchers; and 49 percent backing education savings accounts or ESAs, a relatively new form of educational choice that allows families to go beyond private school tuition to customize a learning plan that works for each individual student.

Hidden just beneath the EdNext toplines was an interesting finding: 56 percent of Democrats said they support universal vouchers—accessible to all families regardless of income level—compared to just 45 percent of Republicans.

Paul Peterson, director of the Program on Education Policy and Governance at the Harvard Kennedy School and one of the poll’s co-authors, told U.S. News and World Report that “the amazing part of this story is that people who identify with the Democratic Party support vouchers more than Republicans do.”

What does this have to do with the most recent Gallup polling?

The EdNext poll was released last August, a few months before the election of President Trump, a leader whose approval ratings, at least in the first few months of his administration, have not been off the charts, especially among Democrats.

One might logically expect that in a poll where respondents are specifically told that the questions are about Trump’s presidential priorities, Democratic support would be low. But that’s not the case.

Indeed, school choice is one of only four issues in the Gallup poll where Democrats and Republicans both indicated approval, though there’s still a gap of support between the parties.

Over the past two decades, the educational choice movement has become broad-based and bipartisan. That’s a good thing. And as new programs have come into existence, they’ve helped new audiences understand the importance of choice because they are able to see it firsthand in their communities. That’s also a good thing.

After Trump was elected, there was concern that his embrace of the issue might adversely affect a movement that draws support across party lines. NYCAN executive director Derrell Bradford put it this way at a meeting of education reform leaders in January:

“It’s a very serious question about how much discomfort you’re willing to have … to make your people free, or to make your point in policy. I don’t know if some of us have had to really live with that in the way that is as pronounced as it is right now, at this moment.”

It’s still early in this presidential administration, but it appears, for the time being, that public support for school choice has not been negatively affected, and the issue draws rare support from both sides of the aisle.

As an aside, it’s worth noting that Gallup asked Americans for their opinion on a federally funded school choice program, and there’s plenty of discussion right now in the educational choice community about what role, if any, the federal government should have in an initiative that has been largely driven at the state level for the past quarter-century. As those details emerge in the coming months, we’ll find out whether there’s any noticeable difference in public support for a federal program versus those run by the states.

For now, in a country that’s increasingly divided into Red and Blue America on practically every other issue, the Gallup results should be a relief to those of us who want to make sure school choice remains a Big Tent, Purple America issue for decades to come.

Jennifer Wagner is Vice President of Communications for EdChoice. This EdChoice article was republished with permission.