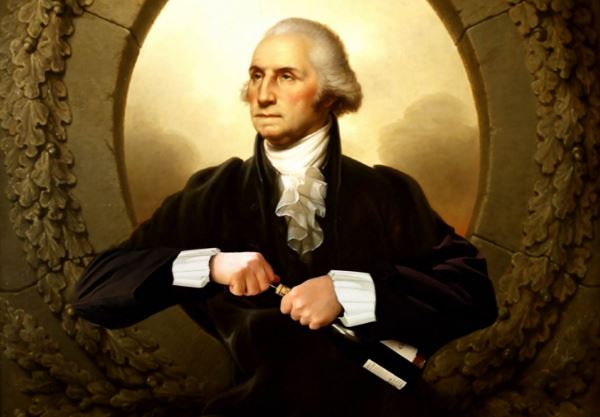 Campaign finance is a touchy subject in the United States today.

The Supreme Court’s 2010 Citizens United decision unleashed a flood of money into politics. The court ruled that federal restrictions on donations from unions and corporations to individual candidates violated the Constitution’s right to free speech. A group opposed to the Citizens United decision is (paradoxically?) currently raising gobs of money to keep money out of politics.

The fact of the matter is that it takes resources to run political campaigns. We tend to think of money in politics as a modern problem, but money has always been part of the American electoral system—even before the U.S. existed.

In 1758, for example, a young George Washington was seeking a seat in the Virginia burgess. Washington spent £40—roughly $9,000 today, accounting for inflation and currency adjustments—to buy a truly impressive quantity of spirits: 47 gallons of beer, 35 gallons of wine, 3 barrels of rum-punch, 2 gallons of cider, and half a pint of brandy.

“Treating” the voting public to refreshments on election day was a typical practice at the time, one Washington had nobly shunned in his previous attempt to win a seat. He lost, 271-40. This time around, he instructed his campaign manager to provide the 391 voters who were present with all the drink they desired. It must have been quite a party.

Now, Washington had not yet married Martha Custis, the wealthy widow who’d make him one of the wealthiest men in Virginia. But he was still a landed farmer who owned slaves and had considerable resources, so £40 probably seemed a reasonable sum to launch his political career.

The conservative historian Paul Johnson, in his book A History of the American People, points out that Washington’s tab was a far cry from what office seekers were spending at the time in England, where it was not uncommon to spend “up to £100,000 for a single contest, sometimes even more.”

Johnson writes mostly glowingly of the Founding Fathers and their American experiment, but he sounds incredulous that these visionaries didn’t recognize the problems with “electioneering costs.”

“It is curious and disappointing, that the gentleman-politicians who created the United States did not tackle the problem of election-costs right at the start, and thus save their successors a great deal of trouble—and cash.”

Perhaps this was a mere oversight on the part of Washington, Jefferson, Adams, and co. On the other hand, perhaps they recognized that proposed remedies to restrict or eliminate money from politics were likely to be worse than the disease itself.

If the Founders were indeed driven by the latter sentiment, one could argue they were not obtuse but incredibly prescient.

Kevin Drum, a left-leaning writer at Mother Jones, last year committed a minor heresy by saying he was starting to think campaign finance reform was becoming “a waste of liberal time and energy.”

Drum offered seven reasons why, not least of which was that billionaires are idiots with their money, campaign finance reform efforts had been an abject failure time and again, money really is speech, and spending on elections had barely changed in the wake of the Citizens United decision.

Do I expect campaign finance reform to cease being a hot-button political issue? Not at all.

But I do wonder if perhaps Washington and co.—Drum, too, for that matter—were able to see some things few others seem constitutionally capable of recognizing.