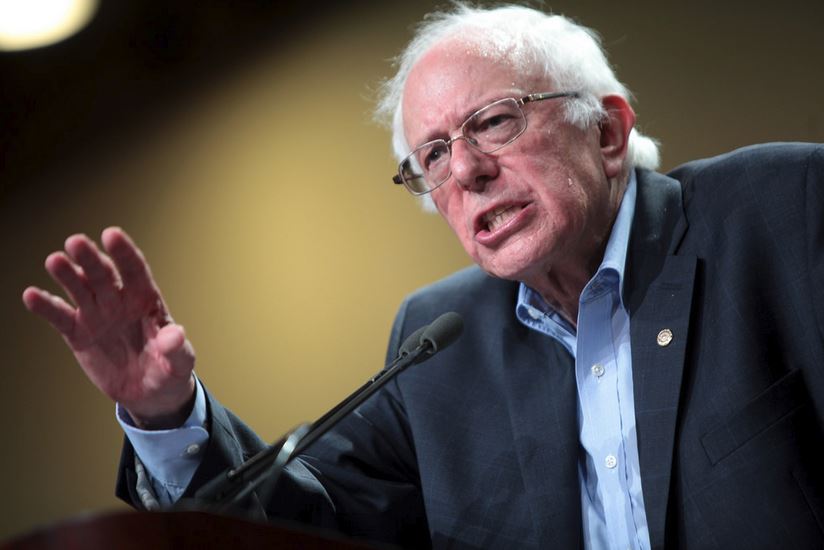 It still remains unclear if Ann Coulter will be allowed to speak at the University of California Berkeley on Thursday as scheduled. Interestingly, it’s just not conservatives who say the political firebrand should be allowed to speak.

Over the weekend, while speaking to the Huffington Post, Sen. Bernie Sanders joined the chorus of voices saying Coulter should be allowed to speak free of violence or recrimination.

“Obviously Ann Coulter’s outrageous,” said Sanders, in Omaha speaking at a rally for mayoral candidate Heath Mello. “But you know, people have a right to give their two cents-worth, give a speech, without fear of violence and intimidation.”

It’s encouraging to see two prominent Democratic leaders support free speech. But what I found most interesting was Sanders’ explanation as to what lurks beneath the effort to silence speakers such as Coulter. Here is what Sanders said:

“To me, it’s a sign of intellectual weakness. If you can’t ask Ann Coulter in a polite way questions which expose the weakness of her arguments, if all you can do is boo, or shut her down, or prevent her from coming, what does that tell the world?”

“What are you afraid of ? her ideas? Ask her the hard questions. Confront her intellectually. Booing people down, or intimidating people, or shutting down events, I don’t think that that works in any way.”

This is good advice, but I suspect it’s advice that will fall on deaf ears for two reasons: 1) Students are too proud to admit their own intellectual weakness; 2) Most of these students are incapable of clearly articulating and defending ideas beyond a superficial level, and most of them know this (which means they’d get shredded by a seasoned speaker).

The latter is the bigger problem today. Students feel certainty in the righteousness of their ideas, but not in their ability to express them. Fear and a weird mix of intellectual pride and insecurity are at the heart of this movement.

The solution? Don’t bother exposing yourself or your ideas to such scrutiny; just silence the blasphemers.

The tragic part is that universities are letting students get away with it.