Atheists Are More Likely to Believe in Aliens. Why? 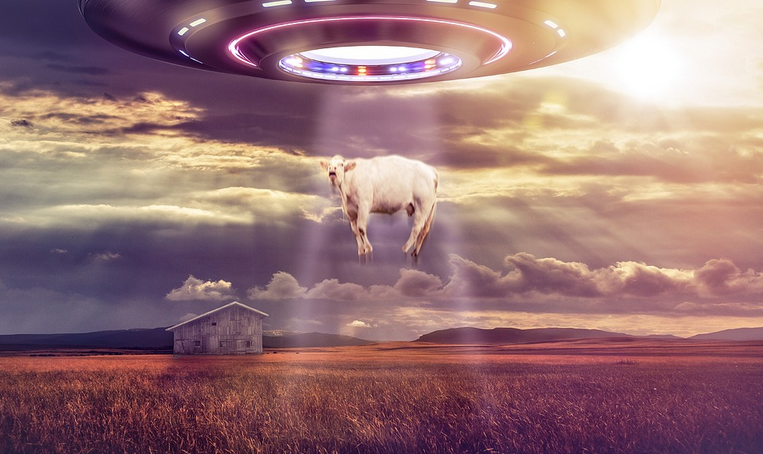 Last fall, Chapman University released a survey on paranormal fears. Two of the questions asked about belief in aliens. The results indicate that 24 percent of Americans believe aliens visited the Earth in recent years, while 27 percent believe they did so in ancient times.

While such numbers are surprising, they’re even more startling when compared to results from the same study taken the previous year. Those numbers indicate that belief in aliens jumped more than five percent in 12 short months.

This rising belief in aliens comes into sharper focus through a recent scientific study authored by Clay Routledge. In an interview with PsyPost, Routledge explains that those who believe in aliens have a common thread: they’re non-religious or out-right atheists. Routledge goes on to ponder the strange significance of this finding:

“If atheists reject a belief in God, why would they, or at least some of them, believe that there are intelligent alien beings monitoring the lives of humans (these are the types of paranormal ETI [extraterrestrial intelligence] beliefs we measured)? In this research we looked at the motive to perceive life as meaningful. We found support for a model in which low religiosity (and atheism) were associated with low perceptions of meaning and a high desire to find meaning (what is called search for meaning), and this desire for meaning in turn predicted ETI belief. In other words, people who were not getting meaning from religion were vulnerable to deficits in meaning and these deficits inclined them to search for non-traditional sources of meaning.”

Routledge goes on to say that many seek meaning in life through belief in aliens because such creatures are a part of the “cosmic brotherhood,” and suggest that humans are “not alone in the universe.” In other words, they have a desire for an other-worldly being with more power or knowledge than humans.

But even while belief in aliens seems to be growing, the desire for some other-worldly experience is not a new one, as evidenced by C.S. Lewis’ writings on the subject:

“The Christian says, ‘Creatures are not born with desires unless satisfaction for those desires exists. A baby feels hunger: well, there is such a thing as food. A duckling wants to swim: well, there is such a thing as water. Men feel sexual desire: well, there is such a thing as sex. If I find in myself a desire which no experience in this world can satisfy, the most probable explanation is that I was made for another world. If none of my earthly pleasures satisfy it, that does not prove that the universe is a fraud. Probably earthly pleasures were never meant to satisfy it, but only to arouse it, to suggest the real thing. If that is so, I must take care, on the one hand, never to despise, or to be unthankful for, these earthly blessings, and on the other, never to mistake them for the something else of which they are only a kind of copy, or echo, or mirage. I must keep alive in myself the desire for my true country, which I shall not find till after death; I must never let it get snowed under or turned aside; I must make it the main object of life to press on to that country and to help others to do the same.”

C.S. Lewis’ words raise an interesting question. Is it possible that the growing belief in aliens is tied to the declining belief in God, which in turn leaves a void which many Americans are seeking to fill?