America’s ‘Hostility to Reading’ – 4 Reasons for it 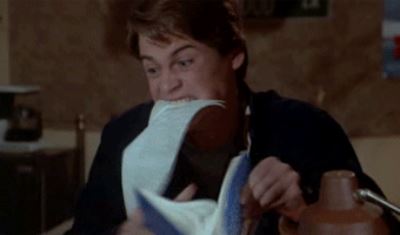 Does America have a reading deficiency?

It depends on whom you ask.

Those optimistic about our country’s reading prowess may point to the fact that 74% of Americans read at least one book in the past 12 months, or that book revenues in America increased last year to nearly $28 billion.

But those who argue that reading ability is in decline will point to the statistic that 32 million U.S. adults are “functionally illiterate.”

Noted historian and education philosopher Jacques Barzun (1907-2012) is one of those takes a more somber attitude toward reading in America. At least, he did back in 1971 when he wrote his brief essay titled “The Centrality of Reading.”

For Barzun, as for others, reading and writing are the primary vehicles by which human beings transmit ideas, and both preserve and develop a civilization. However, Barzun perceives a “hostility to reading” in America that’s a threat to Western Civilization.

According to Barzun, there are four cultural forces that “encourage and still sustain” this hostility to reading in America:

“[T]he emotion of scientism… for seventy-five years has preferred numbers to words, doing to thinking, and experiment to tradition. This perversion of true science led to calling ‘experiment’ almost any foolish fancy and to believing in ‘studies’ of ‘behavior’ without a scintilla of regard to probability, logic, observation, or common sense.”

“[T]he last phase of liberalism which by 1910 had proclaimed everybody’s emancipation, including the child’s, took the form of total egalitarianism. Everybody was, by democratic fiat, right and just in all his actions; he was doing the best he could; he was human; we knew this by his errors, his errors were right. Q.E.D. It therefore became wrong to correct a child, to press him, push him, show him how to do better. Dialectical speech and grammatical blunders were natural and, as such, sacred; the linguists proved it by basing a profession on the dogma. Literature was a trivial surface phenomenon, the pastime of a doomed elite: Why read books, why read, why teach the alphabet? Here, at least, the logic was perfect.”

“[T]he extension of free, public, compulsory education to all and in increasing amount (the high school dates from 1900) soon exhausted the natural supply of teachers. They had to be manufactured in large numbers, out of refractory material which could be more easily prepared in the virtues of the heart and the techniques of play than in any intellectual discipline. Themselves uneducated and often illiterate, they infallibly transmitted their inadequacies, turning schoolwork into make-believe and boring their pupils into violence and scurrility.”

4) A Bastardized Understanding of “Art”

“[T]he conquest of the public imagination by the arts, by ‘art as a way of life,’ has reinforced the natural resistance of the mind to ordinary logic, order, and precision without replacing these with any strong dose of artistic logic, order, and precision. The arts have simply given universal warrant for the offbeat, the unintelligible, the defiant without purpose. Schools have soaked up this heady brew. Anything new, obscure, implausible, self-willed is worth trying out, is an educational experiment. As such, it is validated by both science and art. Soon, the pupil comes to think that anything unformed, obscure, slovenly he may do is validated by art’s contempt for tradition, correctness, and sense.”

If you ask me, I would say that the problem is not necessarily in the quantity of reading that Americans are undertaking—though I’m open to arguments to the contrary—but the quality. My experience has been that a very small percentage of America’s “best and brightest” currently possess the reading skills necessary to engage with the books that serve as the foundation for Western Civilization, and that have transmitted that civilization for over 2,000 years.