Why People Are Freaking Out Over United Airlines’ Dress Code 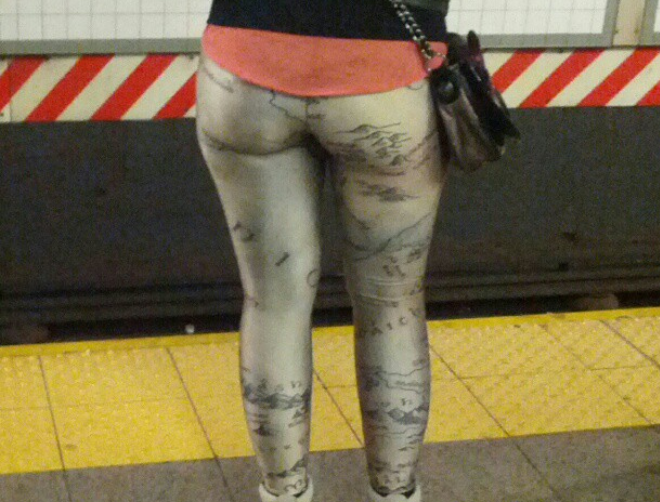 I arrived in the office this morning to hear that another outpouring of outrage had occurred over the weekend. This time, however, the outrage was not happening on a college campus, as seems to be so often the case, but in a United Airlines terminal. The New York Times explains:

“United Airlines barred two teenage girls from boarding a flight on Sunday morning and required a child to change into a dress after a gate agent decided the leggings they were wearing were inappropriate. That set off waves of anger on social media, with users criticizing what they called an intrusive, sexist policy, but the airline maintained its support for the gate agent’s decision.”

Despite the barrage of negative feedback the airline received, the company stood by its decision, explaining that the girls were asked to change because they were “pass riders,” or family members of United Airlines employees. United explained that regular passengers are allowed to dress in leggings, adding that the company asks that those riding under the employee umbrella adhere to United’s dress code.

Celebrities like Christy Teigen, Sarah Silverman, Seth Rogan and others went after the company on Twitter, arguing that leggings are standard dress in America these days, and as such, the company shouldn’t be banning passengers from wearing them.

But isn’t such an argument an error in reasoning? Just because everyone else is getting on the bandwagon and wearing a particular thing doesn’t necessarily mean that said fashion statement is appropriate.

Let’s be honest. Leggings, while certainly a comfortable and easy wardrobe choice, can be on the revealing and even unflattering side sometimes. United Airlines seems to have recognized this and decided it was not a good representation of their company to have employees or “pass riders” wear them.

If one stops to think about it, it really shouldn’t be that big of a problem. United Airlines is an organization. If someone wants to be a part of that organization or enjoy its benefits, then shouldn’t they be willing to abide by the ground rules the organization puts forth?

The trouble is, Americans have come to believe that they have a right to do as they please in everything. Freedom and individuality reign supreme and anyone who stands in the way of someone who wants to “feel good” or express a personality is looked down upon.

Is it time we remembered that with freedom comes responsibility – to act, dress, and speak in a reasonable and respectable fashion?