Most People Now ‘Think’ in Pictures 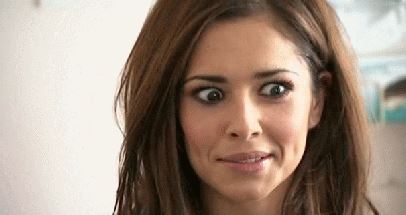 Like us, many of you are alarmed about the decline of rational thought in Western society.

In his book The Humiliation of the Word, philosopher Jacques Ellul theorizes that a major cause of this decline is the fact that most people no longer think in words, but in images.

In what he refers to as “the greatest mutation known to humankind since the Stone Age”—or better yet, a reversion to the Stone Age—Ellul explains that we have moved from being a word-based society to an image-based society:

“Make no mistake here: this is how modern people usually think. We are arriving at a purely emotional stage of thinking. In order to begin reacting intellectually, we need the stimulus of an image. Bare information or an article or book no longer have any effect on us. We do not begin reflecting on such a basis, but only with an illustration. We need violent visual impact if thought is to be set in motion. When we jump from image to image, we are really going from emotion to emotion: our thought moves from anger to indignation, from fear to resentment, from passion to curiosity.”

Now, many would object here that images have the same ability to promote thought in people as words. But Ellul firmly maintains that word-based versus image-based thinking are actually “opposing mental attitudes”:

Ellul explains that words, to be effective, must rely on reasoning, demonstration, dialectic, analysis, and synthesis. Images, however, come prepackaged, and beckon for their viewers to accept them immediately through intuition and emotion. Thus, images naturally decrease critical thinking.

In Amusing Ourselves to Death, NYU professor Neil Postman came to a similar conclusion about the rise of images: “the picture forced exposition into the background, and in some instances obliterated it altogether.”

Numerous examples could be cited to show that we now live in an image-based society rather than a word- or reason-based society:

I’ll close by noting that Ellul sounded this warning in 1981. Since then, the number of images we’re subjected to each day has increased exponentially. There’s a chance that our society’s reasoning abilities have declined at similar rate.