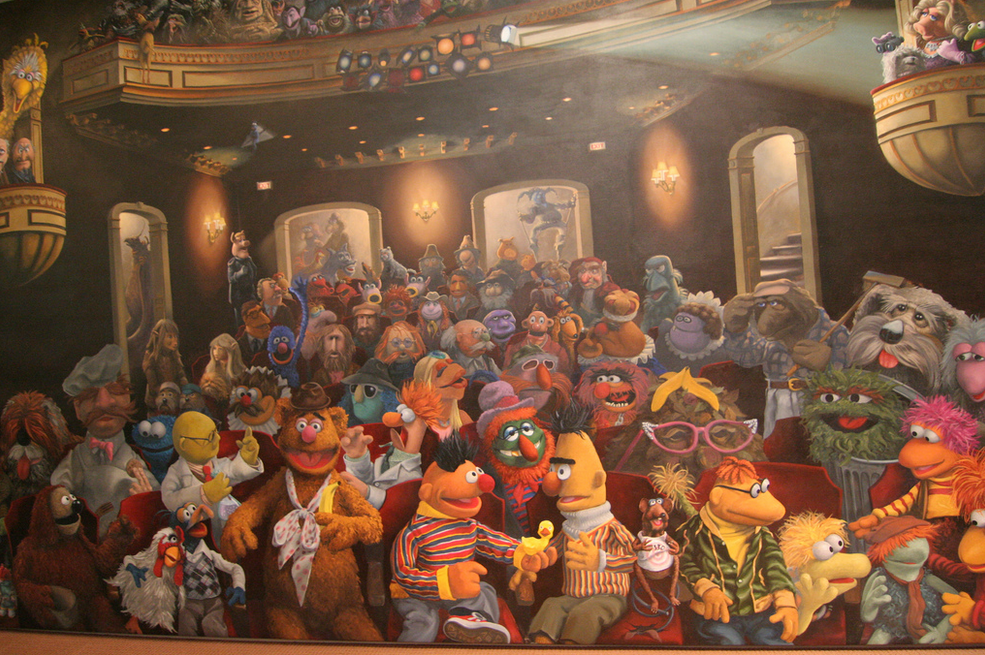 My inner child was glued to the screen. Was I really witnessing Mary Poppins herself teach five adorable kids about performing arts?

It’s true! It exists! It’s Netflix’s delightful new children’s program, Julie’s Greenroom. And I, a 24-year-old woman, am not ashamed to admit that I just binge-watched the whole first season.

Julie’s Greenroom is a charming show hosted by the incomparable Julie Andrews. As an executive producer, Andrews has teamed up with Lisa Henson, daughter of the late Muppets creator, Jim Henson. Julie teaches a diverse group of puppet children and animals about every facet of theater arts. Special guests like Alec Baldwin, Idina Menzel, Josh Groban, and others stop by to help the kids learn the ins and outs of show business.

The children use their newfound skills to write, direct, and star in their own original play: Mashup the Musical. In Mashup, Prince Harold and his crew are thwarted by an evil ogre who steals all of the arts. They must band together to defeat the ogre and bring the arts back to the kingdom.

However, if one looks past the cheap ogre/Trump comparisons, Julie’s Greenroom provides two excellent examples for why the arts do not need public funding.

Throughout the show, we hear mention of Mrs. Edna Brightful, a “patron of the arts,” who financially supports the theater. It’s clear that Andrews wants very much to impress Brightful with their new play so that the financial support will continue.

Brightful, played by the fabulous Carol Burnett, makes her on-screen appearance in the show’s season finale. She is friendly, boisterous and genuinely supportive of the troupe in word as well as in deed. After the children’s performance, she joins Julie and the kids backstage to offer her congratulations. She eagerly asks “what is the very next show?” and reassures the group that her “check is gonna be in the mail tomorrow!”

As a lover of theater, Brightful puts her money where her heart it. Theaters across the country rely on generous benefactors like Brightful, people who voluntarily offer their own funds to keep local artists in business, not because the government commands them to donate, but because they see the value that art programs create.

Although it bears a passing resemblance to Sesame Street, this wholesome show was not created by PBS. Netflix, the private-sector streaming service, produced the show. And what a fabulous job they did! From the talented stars and guests to the toe-tapping original music, to the remarkable detail of the puppets, this arguably surpasses its government-subsidized counterparts.

The fact that this show exists at all demonstrates that we don’t need government funds to make family-friendly, educational, artistic television. As long as there is consumer desire for such programming, there will be artists and producers who are willing to provide it. No coercion necessary.