How J.R.R. Tolkien Used Middle-Earth to Reveal Who We Are 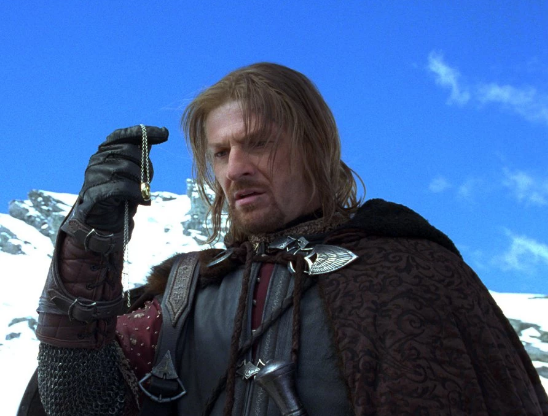 In his famous essay on fairy stories, J. R. R. Tolkien asserted that one of the most important facets of fairytales is that they hold up a “Mirror of scorn and pity towards Man”. The fairy story, Tolkien wrote, “may be used as a Mirour de l’Omme” (mirror of man), as something that shows us ourselves. If this is so, and it is, it means that the greatest fairy stories are not mere fantasies that serve as a flight from reality but are a powerful means by which we can see ourselves and others more clearly. In this sense, and paradoxically, the greatest fairy stories are also works of realism. They show us reality.

The best way of putting Tolkien’s words to the test is to see how The Lord of the Rings, probably the most popular fairy story ever told, holds up a mirror that shows us ourselves.

It is Boromir we see when we look in the mirror. The “Mirror of scorn and pity” shows us a traitor. It shows us the one who betrays the fellowship, who severs the bond of friendship. Boromir, as the representative of humanity, is moved to this act of treachery because he desires to use evil means (the Ring) for a good end (saving Minas Tirith). In order to attain the evil means that he wants to use, he employs evil means (theft) to get it. He is starting as he no doubt will continue, justifying one evil action after another on the grounds that it serves an ultimately good end.

Boromir, blinded by pride, does not see that we cannot use evil means to a good end without corrupting the good end itself, making it evil. If Minas Tirith had defeated Sauron’s army by using the power of the Ring, it would have fallen under the Ring’s power, thereby ceasing to be a civilization worth defending and becoming an evil empire worth resisting. Such a victory would be pyrrhic. Indeed it would be the harshest and most ironic of defeats. It would not have been the defeat of evil but its victory. It would have been better for the people of Minas Tirith to fall nobly in battle against the evil enemy than to have succumbed to evil themselves.

And lest we fail to get the point, we can see that history is full of examples of people taking the Boromir option, employing evil means to further an ostensibly noble cause. We think perhaps of the French Revolution and the use of the guillotine in the service of “liberté, egalité et fraternité” (all good ends in themselves) and the Reign of Terror which ensued. We think of the show trials and mass executions in communist countries in the name of the same freedom, equality and brotherhood. We think of the systematic extermination of the weak, the disabled and the defenseless in the womb in the name of “freedom of choice”. In showing us Boromir, Tolkien is holding up a “mirror of scorn and pity”, showing us ourselves. This is what Tolkien called the “applicability” of a story, the way in which it can be applied to our own world and our own lives.

It should be added that Tolkien gives us other characters in The Lord of the Rings who serve as a mirror of ourselves, such as Faramir, Boromir’s brother, who states that he would not pick up the Ring if he saw it lying on the side of the road and that he would not snare even an orc with a falsehood; in other words that he would not tell a lie, even to the devil himself, never succumbing to an evil means to a good end. Faramir is, therefore, not only Boromir’s brother but his alter ego or even his antithesis and antidote. If Boromir shows us who we are tempted to be, Faramir shows us who we should be; one is the sinner, the other the saint.

And Tolkien also shows us ourselves in the character of Gollum, who is so consumed by his desire for self-gratification that he has become addicted to the bad habits that are destroying him, shriveling his soul into a mere wreckage of what it once was. There are, therefore, several ways that Tolkien allows us to find ourselves in Middle-earth, seeing ourselves reflected in the characters and the lessons they teach us about what it is to be human.