Has Children’s Clothing Become Too Sexualized? 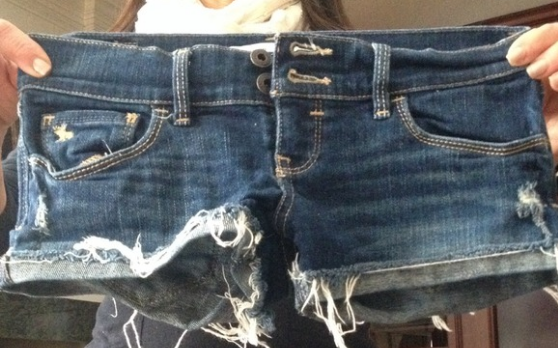 When I was around age 10, my mother and I spent several frustrating hours one day at the local department store. The change of seasons had come, and I had outgrown my clothes due to a growth spurt.

Because of said growth spurt I no longer fit in the children’s department, and therein lay the problem: my physical growth did not match the fact that I was still a child. My mother was not about to select from the many mature clothing items in the teen department.

Unfortunately for today’s parents, the dilemma my mother encountered when I was 10 occurs at a much younger age today. Much, much younger according to a recent BBC News report:

But pictures of the fashion range posted online have led to criticism on social media sites.

The shoes, which have collapsible heels and pointed toes, are available for infants up to six months old.

‘She’ll make a statement in this bold, red hue,’ reads the product description alongside a design labelled ‘Sassy’.”

But Pee Wee Pumps isn’t the only company that has drifted into selling adultified styles to little children. According to a study produced several years ago by psychologist Sarah Murnen, 31 percent of children’s clothing sold by a wide variety of retailers boast “sexualizing features.” In essence, it has become the norm to sell adult-like clothing to young children – little girls especially – and is often perceived as cute and harmless for parents to dress children in “sexy” outfits.

We’ve often noted the trend for young adults to remain children, incapable of fending for themselves and functioning in the adult world in which they live. Such an occurrence is a tragedy.

But is the attempt to place young children in mature clothing the same type of thing, only at the opposite end of the age spectrum? By encouraging children to adopt sexualized, adult clothing, are we inadvertently promoting attitudes of disrespect both for themselves and others? Furthermore, are we hindering their ability to simply be innocent, carefree children for a few short years?