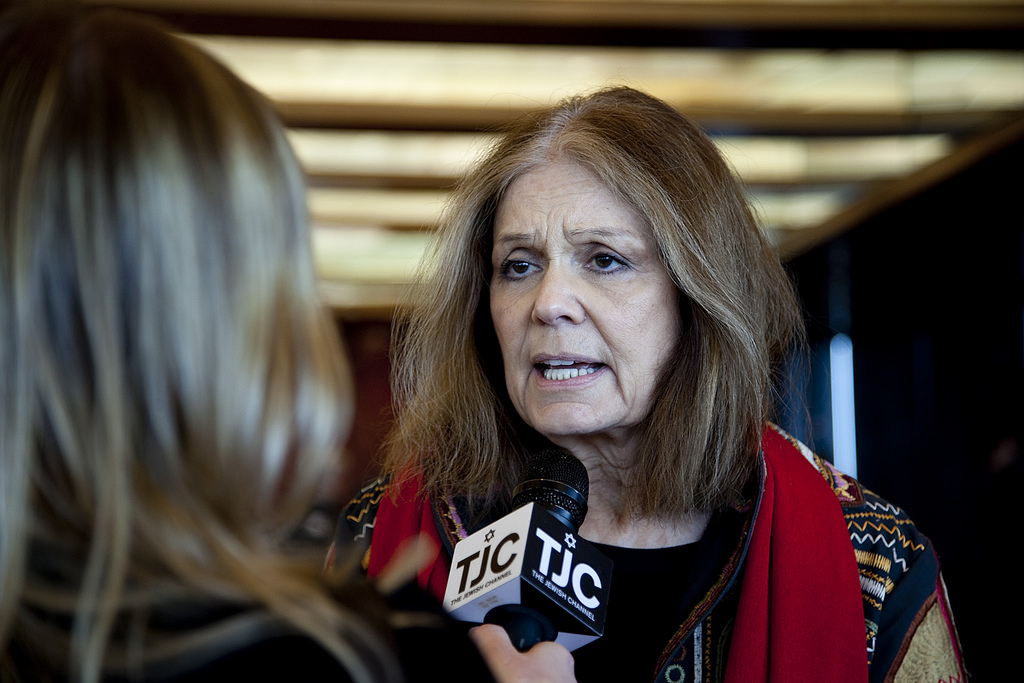 On Thursday the New York Times published an op-ed written by Gloria Steinem. In the editorial, the feminist icon wrote about a “recent” experience on a flight to Seattle in which a rude young man announced he didn’t watch “chick flicks.”

The episode served as the launching point for Steinem’s point that our culture has not—and does not—take female writers and artists seriously.

Think about it: If Anna Karenina had been written by Leah Tolstoy, or The Scarlet Letter by Nancy Hawthorne, or Madame Bovary by Greta Flaubert, or A Doll’s House by Henrietta Ibsen, or The Glass Menagerie by (a female) Tennessee Williams, would they have been hailed as universal? Suppose Shakespeare had really been The Dark Lady some people supposed. I bet most of her plays and all of her sonnets would have been dismissed as some Elizabethan version of ye olde “chick lit,” only to be resurrected centuries later by stubborn feminist scholars.

Steinem goes on to explain that we should call guy movies (she cites mostly war films) “prick flicks.”

If this commentary sounds rather tired and worn to you, perhaps it’s because Steinem wrote the same essay a decade ago. Verbatim in many parts. See a screen shot:

This is a no-no in journalism. Steinem, a co-founder of New York magazine, a crown-jewel of the literary world, knows better.

The Times, who no doubt didn’t feel it was necessary to rigorously fact check a literary luminary like Steinem, was forced to add an addendum to the article noting the episode was not “recent” at all and the article “reproduces in substantial part” the 2007 essay.

The Gray Lady is not in the habit of rehashing decade-old opinion copy, and I’d wager there was some great embarrassment that Steinem’s essay got through.

I suspect, however, that most of the embarrassment was felt for Steinem.

Peddling previously published essays that were pretty thin gruel to begin with will be seen as a sign to even her faithful supporters that the 82-year-old icon is tired and running out of ideas.

On the other hand, if one needs to reach back to a decade-old triggering episode on a flight provoked by one young man’s comment, perhaps it’s a sign of the success of Steinem’s long endeavors.