Clare Boothe Luce: A Feminist of a Different Kind 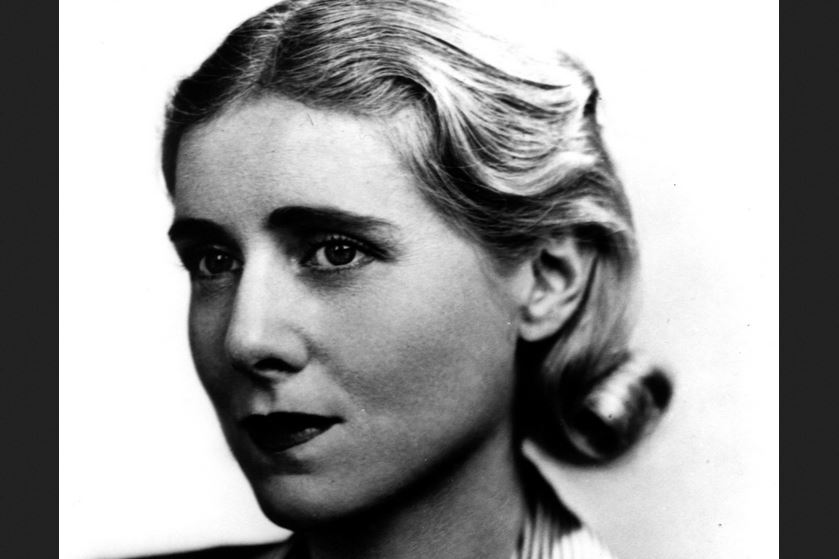 She was a playwright, war reporter, congresswoman, ambassador, political pundit and quotable wit; she made her mark in not just one but a whole constellation of professions dominated by men.  Clare Boothe Luce, born on March 10 in 1903, is a neglected figure today; but in her heyday she was a force to be reckoned with in American culture.

Born Ann Clare Boothe to humble origins in New York City, she made a name early on as a great blond beauty and socialite.  Her observations of America’s elite society, sharpened as editor of Vogue and Vanity Fair, were unleashed in such scathing satirical 1930s plays as The Women and Margin of Error.  Her second marriage, to publishing magnate Henry Luce, provided her with a platform to launch a political career, and she was elected to the House of Representatives in 1942 as a Republican.  As member of the Military Affairs Committee she advocated a hard line in prosecuting World War II, frequently criticizing FDR’s foreign policies and seeking a middle way between internationalism and isolationism.  Her commitment to anti-Communism remained strong as America entered the 1950s.

In 1953 President Eisenhower appointed her ambassador to Italy, the first woman to represent the U.S. in a major European nation.  Lending her hand in alleviating Italy’s postwar woes, Luce endeared herself to the Italian people, who called her affectionately “La Luce” (perhaps to cancel out memories of “Il Duce”).

The death of her only child, Ann, in 1944 induced Luce to convert to Roman Catholicism, under the guidance of the popular Catholic evangelist Fulton J. Sheen.  She became, along with Sheen, one of America’s prominent spokesmen for Catholicism in the postwar years.  She remained active in the political conversation throughout the rest of her life and died in 1987.

Clare Boothe Luce was good friends with William F. Buckley Jr., and according to Buckley she appeared more times on his television program Firing Line than any other guest.  One of her appearances was in 1975, a match-up of two formidable personalities.  The subject was feminism and Luce had some interesting things to say.

Luce argues that Jesus Christ was “the first feminist” because he reversed the Old Testament attitude which (in Luce’s view) sanctioned men’s mastery over women.  This was shown in the many miracles he performed on and at the request of women and was confirmed in the special place the Virgin Mary has in Catholic Christianity.  There are, in this writer’s view, a few chinks in Luce’s arguments, and Buckley challenges her on a number of points. Luce could never quite support her amiably expressed contention that Buckley is a “charming and subtle and sophisticated male chauvinist” except by mere assertion.  Nonetheless, the debate is refreshing for its broader, philosophical view of feminism, so different from the usual narrow political slant.

Known for her sharp mind and tongue, Clare Boothe Luce gave birth to a number of memorable quips.  Here are a few:

“Nature abhors a vacuum, even in the minds of statesmen.”

“Thoughts have no sex.”

“Women know what men have long forgotten, that the ultimate economic and spiritual unit of any civilization is the family.”

“A man has only one escape from his old self: to see a different self in the mirror of some woman’s eyes.”

“Simplicity is the ultimate sophistication.”

On her birthday, here’s saluting a woman who represented with style and panache a different flavor of feminism.