California Schools Facing Teacher and Staff Cuts—Because They Got Whiter 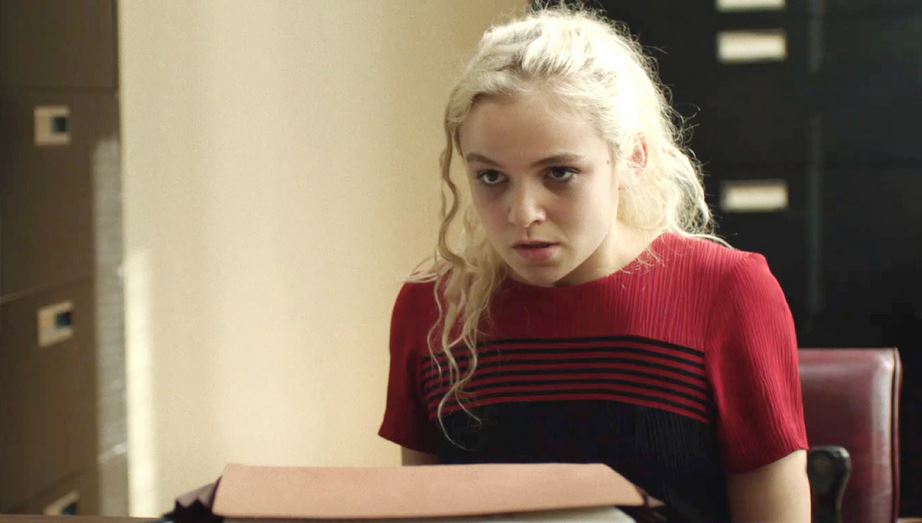 Parents of students at Walter Reed Middle School received disappointing news this month when they were told by school officials that class sizes were increasing and some teachers and staff would be losing their jobs.

Disappointment turned to anger for many, however, when they were told the reason: The school had gotten slightly whiter.

“It kind of shocked people,” said Chip O’Neil, a 51-year-old actor whose 6th-grade daughter is enrolled at Walter Reed. “I didn’t like it. It didn’t make any sense. It’s not going to help anyone, black, white, or Hispanic.”

O’Neil was one of about 50 of parents who attended a March 15 meeting at the school auditorium led by Walter Reed principal Jeanne Gamba and Linda Del Cueto, one of Los Angeles Unified School District’s (LAUSD) superintendents.

At the meeting, parents were told that the school’s white population had increased from 30 percent in 2015 to 34 percent in 2017. As a result, Walter Reed—a school of 1,600 students in grades six, seven, and eight—would lose five teachers, a librarian, a counselor, and a full-time nurse, school officials said. The average class size was expected to increase from 34 students to 39.

On Wednesday morning, Gamba and Del Cueto issued letters to parents (here and here) informing them that Walter Reed was losing its minority-preferred status. The officials said, however, that the school’s nurse, librarian, and counselor would not be impacted in the 2017-2018 school year, and that “Reed will retain more teachers than originally anticipated and discussed at the March 15, 2017 community meeting.”

It turns out Walter Reed was not alone.

Officials said in each case “the district is working closely with the schools to ensure continuity of services.” None of the teachers received a layoff notice this year, school district officials added.

Parents of Walter Reed students say they are stunned that the predominantly minority school (66 percent of students are non-white) is losing resources because an additional 40 to 50 white students were integrated into its diverse student population.

Some expressed concern for Walter Reed’s teachers, who are being asked to do more with fewer resources.

Walter Reed is not your typical middle school. Located in the Studio City neighborhood of L.A., it boasts what Time magazine in 2001 described as “perhaps the most successful junior-high curriculum in the U.S.”

Its highly successful Individualized Honors Program (IHP) has for decades been considered the gold standard of honors programs. (Time estimated that more than 40 percent of Reed’s honors students go on to elite academic institutions such Yale, M.I.T., Harvard, Stanford, and Johns Hopkins.)

Parents of students enrolled at the school are quick to say the building is not new or fancy—it was built in the 1930s—but the curriculum and education are second to none in Los Angeles, a result of school administrators, faculty, and highly-involved parents working together.

“PHBAO standing” is terminology most Americans have never heard of, but it’s a phrase parents of students in the LAUSD system use as casually as a Boston fan speaking of “the Sox.”

PHBAO (pronounced Fuh-BAOW) is an acronym for Predominantly Hispanic, Black, Asian, or other Non-Anglo. In LAUSD, the second largest school district in the U.S., a school with a minority population greater than 70 percent is considered a PHBAO school, granting it certain benefits, including reduced class size, priority staffing, and counseling. Of the 83 middle schools in LAUSD in which nearly 28,000 students attend, 74 currently are PHBAO schools (see below).

There has been relatively little media focus on L.A. schools losing important resources because of racial demographic changes.

A 2009 Los Angeles Times article describes a case involving Castle Heights Elementary, which saw class sizes for fourth and fifth grade students increase from an average of 28 to 36 after it was determined that the school’s student body had increased from 24 percent white to 38.5 percent.

Internet searches turn up little else that would indicate what appears to be a growing trend: resources being shifted away from schools that lose PHBAO status. The nine schools losing PHBAO status in 2017-2018 is similar to preceding years, said Barbara Jones, a spokeswoman for LAUSD.

A System Built on Race

PHBAO is just one example of how LAUSD has built its education system around race. The district’s magnet system is the product of a 1970s court order designed to desegregate schools and promote racial equality.

Neal McCluskey, an education policy expert at the Washington, D.C.-based Cato Institute, said such initiatives were common during the 1960s and 70s when local governments and courts used busing to integrate schools.

When busing fell out of favor, districts increasingly turned to “controlled choice” (policy speak for magnet schools) to integrate schools, a sort of voluntary busing.

“They are essentially a non-coercive way to get schools to desegregate,” McCluskey said.

In recent years advocates of integration have slowly shifted their emphasis from race to socioeconomic status. This included President Obama, who last year included in his budget a $120 million integration initiative designed to integrate local schools by income, not race.

McCluskey said the shift from racial to socioeconomic integration is driven by both political pragmatism and legal necessity. He points to a 2007 legal opinion by the U.S. Ninth Circuit Court of Appeals that struck down as unconstitutional the Seattle School District’s admissions policy, which relied heavily on race.

But there is evidence that the shift from racial to socioeconomic preferences has not been uniform. A 2015 legal effort in Minnesota, for example, attempted to compel the state to implement a race-based integration plan; ??earlier this month, the Minnesota Court of Appeals ordered the suit dismissed.

In Los Angeles, parents say it’s an open secret that race is commonly the primary or even sole factor in whether a student gets into a top-tier magnet school (often to the detriment of minority students). The district’s magnet system uses a complicated point system in which “openings are determined by the need to maintain a racially balanced enrollment and by available space.”

Policy and legal experts said school districts that still rely on primarily race-based admissions policies could find themselves in legal entanglements if parents of students harmed by a policy filed suit.

“If the LAUSD, or any school district for that matter, is using race as the primary factor in their admissions policy, I believe they could be in violation of federal law,” McCluskey said.

Legal or not, parents I spoke with expressed frustration with a funding model they view as implicitly flawed. They uniformly expressed support for diversity—both racial and socioeconomic—but expressed doubts that the PHBAO model achieved actual integration.

“I’m confused,” said one mother, who asked not to be identified. “By punishing schools for having over 30 percent white students, which by definition, would be ‘integration’ of white and minority students, doesn’t that mean in turn that more segregated schools are being rewarded with lower class sizes? This seems to be the opposite result of a program that was designed to create integration.”