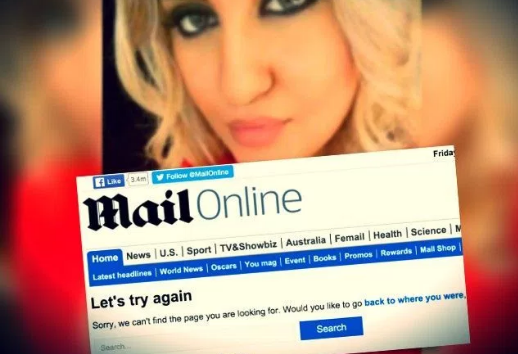 On Feb. 4, the Daily Mail published an article headlined, “Exposed: How world leaders were duped into investing billions over manipulated global warming data.”

The article centered on Dr. John Bates, a former NOAA (National Oceanic and Atmospheric Administration) scientist who claimed to have “irrefutable evidence” the government used “unverified” data in a 2015 paper that challenged data showing a 15-year “hiatus” in global warming, a pause that had puzzled scientists.

Bates, who retired last year following a 40-year career in meteorology and climate science, told Daily Mail that the release of the paper was timed to influence the outcome of the Paris Agreement. He also said the paper’s data relied on a “highly experimental” program filled with bugs (“every time the raw temperature readings were run through the computer, it gave different results,” the article reports).

The Daily Mail, established in 1896, is one of the most read digital media sites in the world and has a daily print circulation of 1.5 million. So the accusations were almost certain to elicit a response, which they did. As Ronald Bailey at Reason magazine pointed out, most media outlets (right and left) rushed to find data that confirmed what they already think:

More surprising, and perhaps entirely unrelated, on Feb. 9—five days after the paper accused NOAA of manipulating data—Wikipedia essentially banned the Daily Mail as a linkable source after a lengthy and fierce debate.

“Should we prohibit the use of The Daily Mail as a source? I envisage something just short of blacklisting,” wrote Hillbilly Holiday on Jan. 9, “whereby its introduction to an article could be accepted only upon there being a demonstrable need to use it instead of other sources.”

Those who supported the ban said the Daily Mail was unreliable and sensationalistic. One admin, Slatersteven, called the Daily Mail, the “worst kind of yellow journalism, it is (in effect) a fake news organ.”

Others found the idea of banning such a widely-read newspaper absurd.

“This is ridiculous that you even consider to ban such a large newspaper. It reminds me of a witch hunt or collective responsibility (good articles banned by default, because someone else did something wrong earlier),” wrote admin Musashi Miyamoto.

What to make of the move?

First, the yellow journalism charge has some merit. Though the Daily Mail is an old brand, it does often peddle news that is sensational and salacious. It’s low-brow stuff without much of an agenda besides informing, entertaining, and generating ad revenue. It’s why I love it, I’m ashamed to admit. Still, such a brand is bound to go over the top from time to time.

Last September, for example, the paper retracted a story containing accusations that Melania Trump had worked as a sex escort. The paper slyly hedged by saying there was no evidence to support the allegations they were publishing (sound familiar?), but the paper is still being sued by Trump for $150 million.

While it’s difficult to disagree with the charge of sensationalist journalism, I’ve never found the Daily Mail to be “unreliable.” So I’m more in line with Miyamoto; banning it as a source seems unnecessary and a little creepy, the move of a snob or martinet.

Is the ban linked to the story on NOAA? It’s impossible to say, but I suspect not. Though the ban came after the NOAA climate manipulation was published, the idea was proposed before the story actually ran. Neither the words “climate,” “denier,” or “warming” are used in the lengthy debate among admins.

On the other hand, there is an old Latin phrase: “Cui bono?” It translates, “For whose benefit?”

There is an enormous amount of wealth, power, and social capital on the line with global warming. One of the few major media sources that was not marching in step with the climate narrative has been branded as unreliable and unfit to link to by one of the biggest online engines in the world. The very paper that had been branded as “Climate Change Misinformer of the Year” by Media Matters in 2013.

A crazy conspiracy theory? Probably. But you never know.