Why We Need to Bring Back Archie Bunker 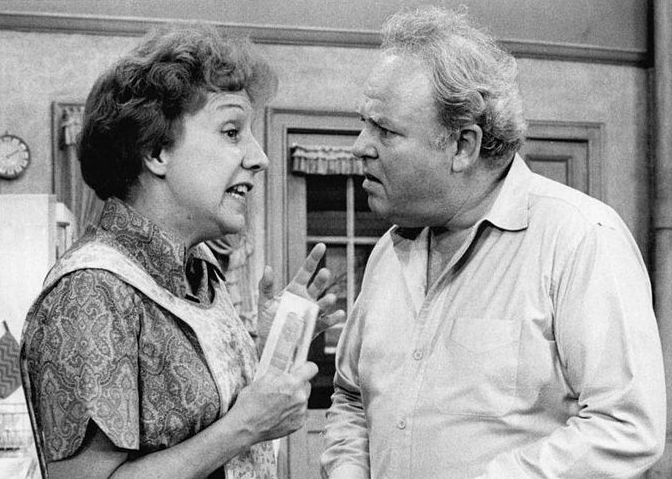 Comedy as social commentary is nothing new. You can go back to the days of Jonathan Swift, who wrote the outrageous, “A Modest Proposal,” as a means of bringing attention to the poor Irish. Comedians such as Lenny Bruce were doing it in the 1960’s with their standup comedy – touching on issues such as racism, religion, law enforcement and more. Television, however, was mostly antiseptic. Shows featured the perfect nuclear families with Dads that went to work wearing a jacket and tie and Moms who dressed for a night on the town but instead did housework and took care of the kids.

Much of that changed with the arrival of the sitcom, All in The Family. Considered a ground-breaking show, it featured Archie Bunker (Carroll O’Connor), an affable and lovable bigot living in Queens with his wife Edith (Jean Stapleton) as well as their daughter Gloria (Sally Struthers) and her husband (and student) Mike (Rob Reiner), affectionately known to Archie as “meathead.” The show touched on a variety of issues then considered taboo, particularly for a comedy, including racism, homosexuality, rape, the women’s liberation movement, Vietnam, politics in general, religion, abortion and even menopause.

Thanks to producer Norman Lear, who was not afraid to inject dramatic moments related to controversial and topical subjects into the show, it flourished. It drew on humor to identify with the social issues of the day and personal issues that never appeared before on television. In an episode from Season 2, “Edith’s Problem”, menopause is front and center, with Edith acting out her frustrations with Archie only to be sweet and cheerful minutes later. Archie, not aware of how to deal with these changes, yells at Edith, “If you’re gonna have the change of life, you gotta do it right now! I’m gonna give you just 30 seconds. Now, come on, change!”

The show featured language unheard of before on television as well. Archie’s son-in-law Mike Stivic is a liberal, and during one of his many arguments with Archie, about the American dream and how it is harder for blacks and Hispanics to achieve it, the conversation, Archie says:

Archie: If your spics and your spades want their rightful share of the American dream, let ’em get out there and hustle for it like I done.

Mike: So now you’re going to tell me the black man has just as must chance as the white man to get a job?

Archie: More, he has more… I didn’t have no million people marchin’ and protestin’ to get me my job.

Edith: No, his uncle got it for him.

Similar humor could very well be used today, especially considering there is the talk of rebooting All in The Family as well as the spinoff, The Jeffersons. But an important question looms: Will Norman Lear and other executives have the guts to put forward a show that doesn’t shy away from controversy? Even though Archie’s language is framed not as an insult towards blacks and Hispanics, but rather as an illustration of his ignorance, such words would cause a firestorm of controversy today. Despite the fact that All in The Family is over 40 years old, many of the same issues discussed on the show are still contentious points of debate today. Issues of race, sexuality, poverty, class, and others would make for good biting social commentary.

For it to succeed as the original All in the Family did, however, there can’t be boundaries or speech codes or other politically correct limits placed on the show’s writers. The writers, actors and producers would all have to prepare for a big backlash upon launch. The question is whether or not they can withstand that storm of anger to bluntly deal with such important issues without glossing it over or turning characters into cheap stereotypes that are uninteresting and two-dimensional. That’s the test. Informed viewers who want good writing, characters, and stories, be it drama or comedy, will be able to absorb any controversial subjects and dialogue.

Here’s hoping those involved in the possible reboot of a classic comedy series don’t fall victim to the reactionary, politically correct culture that permeates so much of our daily lives.