Why is ‘Person of Color’ Good and ‘Colored Person’ Bad? 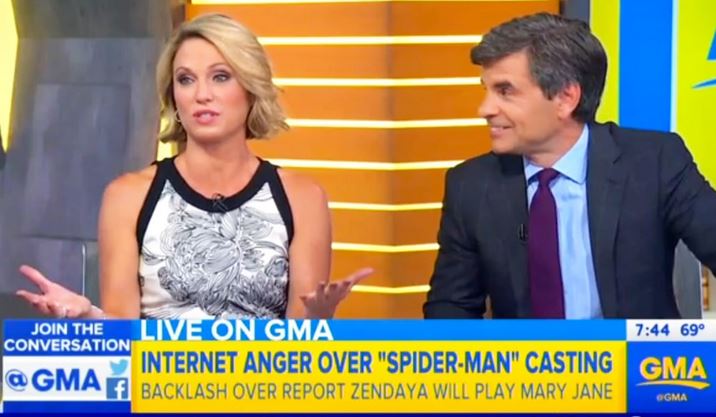 A person close to me recently used the phrase “people of color” at a work meeting.

“Are we supposed to say that?” asked a gentleman in his 50s.

A conversation ensued. After several minutes of discussion, the person who originally used the phrase said the group had gone off topic, but she insisted her choice of words were appropriate.

She was right. “People of color” is considered the preferred term in official bias-free language guides. But she confided in me that she had been nervous after her meeting for a few hours (before she finally Googled the answer on her phone).

What if I had said it wrong? she asked.

Her fear was not irrational. Though the phrases are almost identical, “colored person” is deeply offensive to many people while “person of color” is perfectly appropriate. A simple inversion of the words could have resulted in a visit from human resources or social ostracization.

Last year, for example, Good Morning America’s Amy Robach was compelled to issue a formal apology after she inverted the words, setting off a firestorm on Twitter. Her slip of the tongue on live TV was classified as a “racial slur.”

Why are these terminologies treated so differently?

John McWhorter, a linguistics and philosophy professor at Columbia, asked the question at Slate following the Robach flap. Euphemisms, McWhorter said, generally are “designed to step around an unpleasant association.”

“When it comes to societal terms, the idea is to rise above pejorative connotations that society has linked to the thing in question. Hence while cripple was once a perfectly civil term, negative associations accreted upon it like rust or gnats, such that handicapped was felt as a neutral-sounding innovation. However, after a time, that word was accreted in the same way, such that disabled felt more humane.”

The rolling terminology, then, is an attempt to refashion thought, not to be annoying. What creates confusion in the present tense on the African-American terms, however, is two things.

First, colored was replaced not because it was processed as an insult but because of something subtler, its association with a bleak past. As such it can seem odd that anyone would treat someone’s slipping and saying the term as an insult, given that “Colored!” was never a slur in the way that a word I need not mention was and is.

Then second, in other cases of rolling terminology, the older terms do become processed as slurs. To call someone a cripple or retarded today is starkly contemptuous, redolent of the schoolyard, the drunken barstool, or vicious argument.

A slur, McWhorter is saying, is not a slur simply because it was intended as one. A slur can be a slur simply if someone chooses to perceive it as such. The terminology “colored person” is offensive to black people because it reminds many of them of a period when African Americans were abused. (Unrelated: The word “offensive” is a term McWorter predicts will soon be dumped for “hurtful” because of its association with the political left.)

McWhorter’s logic is sound, yet there are some obvious problems with the way our society treats microaggressions.

Microaggressions on race and gender often are treated with public denouncement and shaming. Too often, it seems, people are intent on chastising flexing power rather than creating harmony.

Civility requires us to refer to individuals and groups as they wish to be referred (within reason). But civility also requires us to not abuse or unduly punish well-meaning people for a politically-sensitive, yet innocent, faux pas.