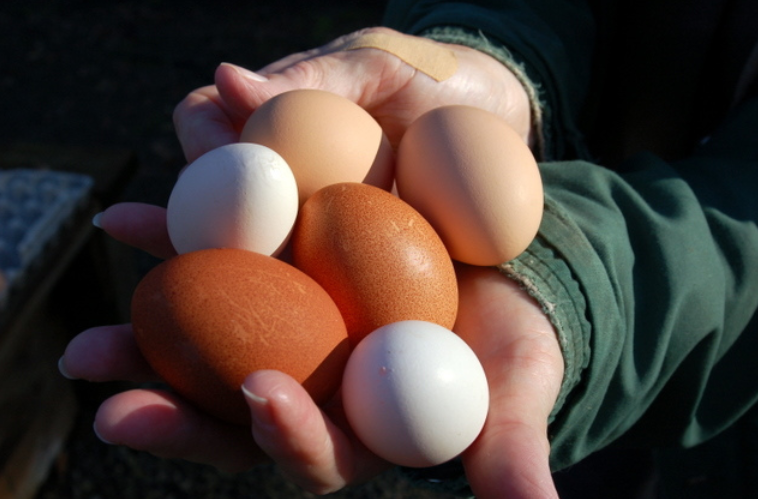 A few years ago, I bought some fresh eggs from a friend who owned chickens. They were wonderful. I’m not fussy about the topic so I can’t say that I go out of my way to get fresh eggs. I’ll take them when I can get them. However, I’ve long been intrigued by her instructions to me: “they do not need to be refrigerated.”

This struck me as weird. I guess I thought they would spoil if they are left out or maybe gradually become a chicken or something. She assured me no, and her explanation was compelling. If eggs have never been refrigerated, they don’t have to be. Commercial eggs are, so that’s why we put them in the fridge.

Sounds right. But it turns out that the story is actually more complex. No surprise: the real answer has to do with government regulations over whether eggs should be washed. In the United States, the government mandates washing eggs before commercial sale. In Europe, egg washing is forbidden by law.

Doesn’t that just sum up the problem of government? It tends toward either mandating or forbidding in every area of life, even on matters such as whether eggs should or should not be washed.

The FDA explains that they are only saving you and me from horrible diseases.

The U.S. Food and Drug Administration announced a regulation expected to prevent each year approximately 79,000 cases of foodborne illness and 30 deaths caused by consumption of eggs contaminated with the bacterium Salmonella Enteritidis.

The regulation requires preventive measures during the production of eggs in poultry houses and requires subsequent refrigeration during storage and transportation.

Egg-associated illness caused by Salmonella is a serious public health problem. Infected individuals may suffer mild to severe gastrointestinal illness, short term or chronic arthritis, or even death. Implementing the preventive measures would reduce the number of Salmonella Enteritidis infections from eggs by nearly 60 percent.

Meanwhile, in Europe, the regulators explain that the forbidding of egg washing is only saving people from horrible diseases:

In general, eggs should not be washed or cleaned because such practices can cause damage to the egg shell, which is an effective barrier to bacterial ingress with an array of antimicrobial properties. However, some practices, such as the treatment of eggs with ultra-violet rays, should not be interpreted as constituting a cleaning process. Moreover, Class A eggs should not be washed because of the potential damage to the physical barriers, such as the cuticle, which can occur during or after washing. Such damage may favour trans-shell contamination with bacteria and moisture loss and thereby increase the risk to consumers, particularly if subsequent drying and storage conditions are not optimal.

Who is right? According to a New York Times report, there is a case either way:

But — and here is the big piece of the puzzle — washing the eggs also cleans off a thin, protective cuticle devised by nature to protect bacteria from getting inside the egg in the first place. (The cuticle also helps keep moisture in the egg.) With the cuticle gone, it is essential — and, in the United States, the law — that eggs stay chilled from the moment they are washed until you are ready to cook them.Salmonella outbreaks are more prevalent in large operations where the chickens are kept in close quarters, often in cages stacked on top of one another. Some large-scale producers vaccinate their flocks, but not all. Thus, the one-size-fits-all washing regulation.

There we have it: there are tradeoffs either way, as with most things in life. The trouble with government is that it always thinks it possesses knowledge of the one and only way, and it is so convinced of this that it is willing to impose its knowledge at the point of a gun. The absurdity becomes apparent when two governments completely disagree. The result is vastly different ways of going about things.

Proposition: what if governments declined to make any rules concerning egg washing? What if we left this to the market to work things out? Crazy, right? Not so much. No egg producer wants to poison anyone. You have consumers who want the best, safest, cheapest eggs, and producers who want to provide them at a profit. Put the two together and you have a functioning system, with no need for government to be involved at all.

I further submit that government has proven more generally dangerous to public life than any disease that an egg might give us. Salmonella is curable; government, not so much.

Jeffrey Tucker is Chief Liberty Officer and founder of Liberty.me, Distinguished Honorary Member of Mises Brazil, research fellow at the Acton Institute, policy adviser of the Heartland Institute, founder of the CryptoCurrency Conference, member of the editorial board of the Molinari Review, an advisor to the blockchain application builder Factom, and author of five books. He has written 150 introductions to books and many thousands of articles appearing in the scholarly and popular press.