Trump Voters: What Exactly Do You Mean by a ‘Great’ America? 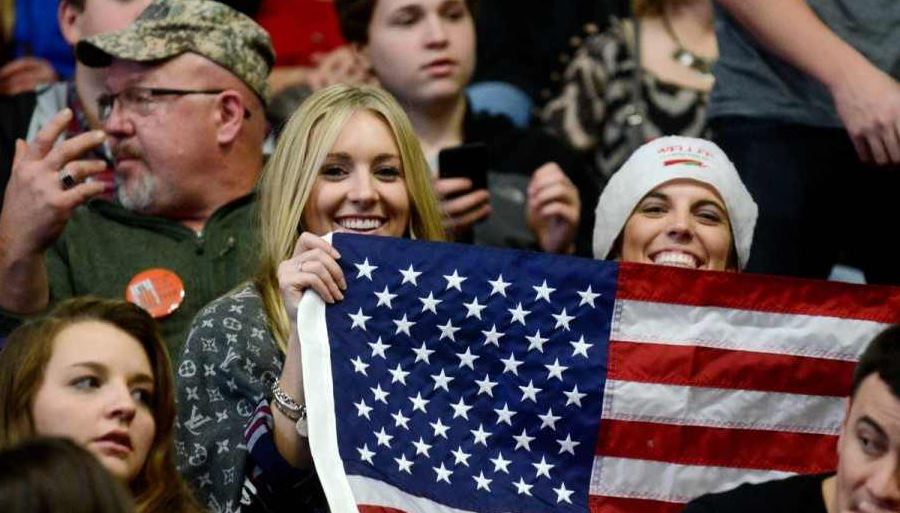 Let’s start with the basics.

What exactly do you mean when you told me during the campaign that you want to ‘make America great again’? The slogan your candidate was elected on states outright that there was a time when America was great, that now America is not great, and that your candidate was willing to do something which his predecessor was not that will rectify this state-of-affairs.

When your candidate—now the president—spoke, it was always in terms of how America is getting shafted in ‘bad deals’ with China, Mexico, the European Union and NATO: one can therefore assume he means trade deals and military treaties. He also said that Americans are less safe on the streets, and pledged to support our police and shore up our borders. We can presume, then, that he believes ‘greatness’ can be measured in terms of our nation’s wealth, our projection of military power, and our security.

But in terms of our wealth, our real GDP per capita in the last quarter of 2016 was the highest it had ever been in our history, at over $51,000 per person. And even though our defence budget took some significant hits between 2011 and 2013, Obama left our military budget higher when he left office than when he entered it. Likewise for crime. In spite of a recent uptick, our crime rates are lower across the board now than when Obama came into office. So clearly, if we are taking it as true that we are not great now, logically it cannot be wealth nor military power nor physical security in absolute terms that is the criterion for American ‘greatness’.

Perhaps the fault lies with my own muddle-headedness, though, and I am not giving your elected representative, renowned of course for his ‘very good brain’, enough credit. A wealthy person can gamble away much of his wealth unwisely and still remain wealthy; and a person with a strong and healthy physique is capable of injuring himself by taking on needless or avoidable risks. The same might be said for our nation when we get into ‘bad deals’, no? But then it’s not our wealth or power or even safety we are concerned with, but something else.

Giving your candidate the benefit of the doubt, then, perhaps he meant that our nation has been unwise in how we spend our wealth, intemperate in how we exercise our power, and cowardly in how we secure ourselves (or fail to). But then the criterion for what makes America great is not how rich or powerful we are, but instead how wise, how brave, how moderate and how just we are. These are characteristics which reside in the habits, both mental and physical, of our voters and representatives.

Which leads me to my last questions. How exactly is a border wall or a military or police overhaul expected to make us wiser, braver, more just or more moderate in our habits?

And how exactly is a representative who is so injudicious in his own speech, who has dodged the draft, whose personal excesses of luxury are legendary, and whose sense of truth and falsehood, justice and injustice, appears—at best—to be flexible, supposed to inculcate in us the very habits of mind and body which truly can make us ‘great’ again?

As Socrates asked his student: ‘Cities, then, if they are to be happy, do not want walls, or triremes, or docks, or numbers, or size, Alcibiades, without virtue?’