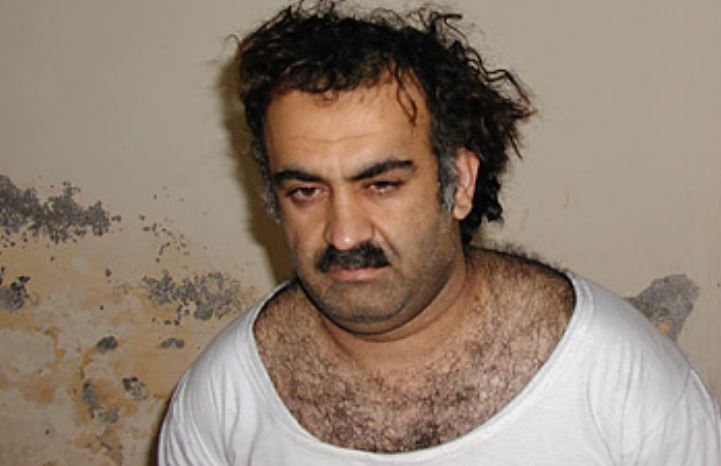 Until relatively recently, the notion that torture was wrong was a proposition to which everyone assented; governments that practiced torture lied about what they were doing. Under the Bush Administration, in the wake of 9/11, the reluctance of officials to admit that what they had authorized was torture, or their insistence that it was at most “torture lite”, testifies to a continuing conviction that torture, real torture, is wrong.

But in the “dark years” after 9/11, and again today under President Trump, torture is back on the agenda. And unfortunately many guardians of public morality who are articulate about same-sex marriage, stem cell research, pornography, and even cohabitation have been silent about torture.

The spirit of the age does not favour exceptionless moral prohibitions. A perverse dialectic is at work: we begin with allowing emergency contraception to a girl who has been gang-raped, and before we know it we have a hard time opposing abortion for sex selection, partial birth abortion, and what cutting-edge bioethicists call “after-birth abortion” (ie, infanticide). Abortion is supported because it is deemed necessary to protect women’s right; torture because it is deemed necessary to protect national security.

My concern is interrogational torture.

Torture is severe pain or suffering inflicted for its own sake or as means to an end. Surgery without anaesthetics is not torture, because the pain inflicted is an unintended side-effect. Corporal punishments such as caning might or might not be torture depending on their severity. Training soldiers to resist torture is not torture, at least if the trainee has a way of stopping the suffering if it gets too severe.

Torture does not only inflict pain upon its victim; it also dehumanizes him or her. Some forms of torture involve outrage to a person’s religious or ideological identity. The reported flushing of a copy of the Qur’an in the presence of a pious Muslim at Guantánamo Bay is an example of this sort of torture. A difficult case is that of solitary confinement. Prisons could hardly do without it as a means of discipline, particularly of prisoners already under life sentence without possibility of parole. Yet the social nature of human beings means that, prolonged beyond a certain point, such confinement is torture.

And it is, on one dimension at least, worse than murder, since the victim is kept alive as a mere means to his tormentor’s purposes. Though the defenders of torture often describe their victims as “animals”, a brute animal can be tormented but not tortured.

Torture contributes to a downward spiral of retaliation, and therefore to the collapse of whatever vestiges of civilization may remain in our world into utter barbarism. The information gained by torture is not reliable, since someone under torture will tell his tormentors whatever they want to hear. Scientists say that “the extreme stress of torture impairs memory and creates false memories, and can induce psychosis”. Hence, even though, in an imperfect world, interrogational torture by rogue officials may persist, it should be limited as much as possible, and in no case receive public approval.

The line between making it unpleasant for someone to refuse information and breaking him will always be contested. One thing we expect a definition of torture to do answer is to draw the line between forms of interrogation which are legitimate under extreme circumstances and torture, against which we want to maintain an absolute or virtually absolute prohibition. Waterboarding is not torture lite. As the late Christopher Hitchens, after having been subjected to it, wrote: “If waterboarding does not constitute torture, then there is no such thing as torture.” And the fact that we needed a journalist volunteer to tell us this is disturbing.

The stock view of torture relies heavily on what Leon Kass calls “the wisdom of repugnance.” We live in a world, however, where virtually every form of activity previously deemed taboo claims, not just tolerance, but public approval.

Thus no one had any right to be surprised when the mainstream media, shortly after 9/11, began to inform us that it was “time to think about torture.”

Back in 1982 Michael Levin constructed the “ticking bomb” argument for torture. Suppose a terrorist has hidden an atomic bomb on Manhattan Island, which will detonate on July 4. If the only way to save the lives of the people there is to subject the terrorist to the most excruciating possible pain, what grounds can there be for not doing so?

Harvard law professor Alan Dershowitz turned this into a mainstream argument in 2002 with the publication of Why Terrorism Works: Understanding the Threat, Responding to the Challenge. He has proposed regulating torture with “torture warrants” so that it is not an underground practice. Richard Posner, one of the most influential of American judges (especially in the eventual legalisation of same-sex marriage) disagred with this idea, but agreed that “ if the stakes are high enough, torture is permissible. No one who doubts that this is the case should be in a position of responsibility”. **

What makes such arguments work “on the ground” is the difficulty of maintaining a firm line between the permissible and the impermissible, once a well-established prohibition has been displaced.

Even if torture were permitted by a government under some circumstances, it still does not follow, that the question of its legitimacy is merely one of balancing goods and evils. The social value of the rule, over and above the pain and suffering caused the victim of torture and his friends and family, is a vital consideration. For the practice of torture, particularly if generally known or institutionalized, affects the kind of society in which we live.

The defence of torture depends on a hardening of “the line between us and them,” in a context in which, as Levin himself admits, “‘clear guilt’ is difficult to define.” The victim of torture is an outsider already, either on ethnic or ideological grounds. No one proposed to torture the Oklahoma City bomber, Timothy McVeigh, though he was guilty of one of the worst acts of terrorism on record, and there was some reason to suspect he had unidentified accomplices. He is also accused of a crime so reprobated by authority that, whatever contrary official professions may be in place, the maxim guilty because accused informs practice. The West has every reason to fear the kind of society that rests on Levin’s sort of argument.

Even if we reject torture, we may not always think it prudent to punish a soldier or police officer who has tortured a terrorist in the belief that many lives would be saved. But the necessity defence should be limited to unusual circumstances, where it is morally certain that the person tortured was in fact a terrorist and he had vital information that could have been obtained in no other way. Otherwise we will open the floodgates to utilitarian reasoning which will justify other atrocities.

The events of 9/11 and the rise of ISIS did not change our moral situation. An American’s chances of being killed by a terrorist are smaller than those of being our crushed to death by our furniture. The difference lies in the weakening, in our collective moral consciousness, of the natural law and traditionally religious strains and their associated moral certainties.

In my judgment, the prohibition on torture is at least a virtual absolute – which is the strongest form of moral condemnation arguable on strictly philosophical grounds. Permitting torture threatens morality in every department, from business ethics to medical ethics to sexual ethics. No theoretical argument can fit the horror that torture should evoke; such behaviour is not only wrong but also unthinkable.

Phil Devine is Professor Emeritus of Philosophy at Providence College, in Rhode Island. This MercatorNet article was republished under Creative Commons licensing.