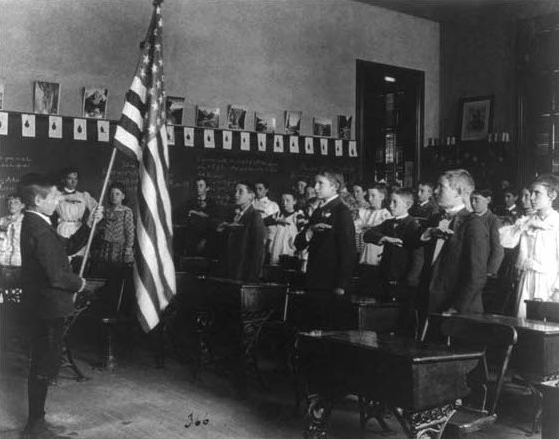 Following Neil Gorsuch’s nomination to the Supreme Court, my morning commute was wall-to-wall with it, including plenty of weasel words (e.g., Senator Schumer’s fixation on tarring him as “outside the mainstream”) and heat (e.g., Congresswoman Pelosi’s assertion it was “a very hostile appointment”). One talking head quipped that the acute divide was because Americans weren’t taught civics anymore.

There is something to that claim, especially when discussions turn to the Constitution and the Supreme Court’s role under it. Fortunately, though, an excellent civics book lies easily at hand. James Fenimore Cooper, America’s first national novelist, published The American Democrat in 1838 as a high school civics primer, reflecting America’s founders, rather than modern practice.

Cooper defended the Constitution and attacked the assaults on the limited federal government it authorized, to fight the tendency of political rulers to abuse their power if not tightly constrained, and emphasized citizen vigilance to keep democracy from overrunning liberty. His take on Constitutional civics bears rediscovery for Gorsuch’s confirmation debate.

It is the duty of the citizen to judge all political acts on the great principles of the government.

The most insidious attacks are made on [liberty] by those who are the largest trustees of authority, in their efforts to increase their power.

Liberty … permits the members of the community to lay no more restraints on themselves than are required by their real necessities and obvious interests.

Liberty … [requires] as little violence to natural justice as is compatible with the peace and security of society.

The liberties of the mass, are … merely an exemption from the abuses of power.

The representative who exceeds his trusts, trespasses on the rights of the people.

Attempts … to do that which the public has no right to do … [is] tyranny.

The Constitution contains the paramount laws of society … except as they are altered agreeably to prescribed forms, and until thus altered, no evasion of them is admissible … or all the fundamental governing rules of the social compact become of no account.

The pretense that the public has a right to extend its jurisdiction … without regard to the principles and restraints of the fundamental compact … [is] replacing one tyrant by many.

The habit of seeing the public rule is gradually accustoming the American mind to an interference with private rights … There is getting to be so much public right, that private right is overshadowed and lost.

It is not [America’s] intention to reach a benefit, however considerable, by extorting undue sacrifices from particular members.

Individuality is the aim of political liberty. By leaving to the citizen as much freedom of action and of being as comports with order and the rights of others, the institutions render him truly a free man … left to pursue his means of happiness in his own manner.

In the cases that plainly invade the Constitution, the constituents, having no power themselves, can dictate none to their representative.

The just-minded man … In asserting his own rights, he respects the rights of others … in pursuing his own course, in his own manner, he knows his neighbor has an equal right to do the same.

Were it wise to trust power, unreservedly, to majorities, all fundamental and controlling laws would be unnecessary … The majority does not rule in settling fundamental laws, under the Constitution.

Each of [government’s] branches should confine itself to the particular duties assigned it by the Constitution.

In The American Democrat, James Fenimore Cooper recognized liberty as America’s ultimate purpose. So he defended the Constitution’s tightly constrained role for federal government to preserve it. Americans have largely lost that vision. But as we debate Neil Gorsuch’s Supreme Court nomination, relearning it would benefit us. With liberty under vastly greater threat today than in Cooper’s time, it is especially important to remember, with him, that: