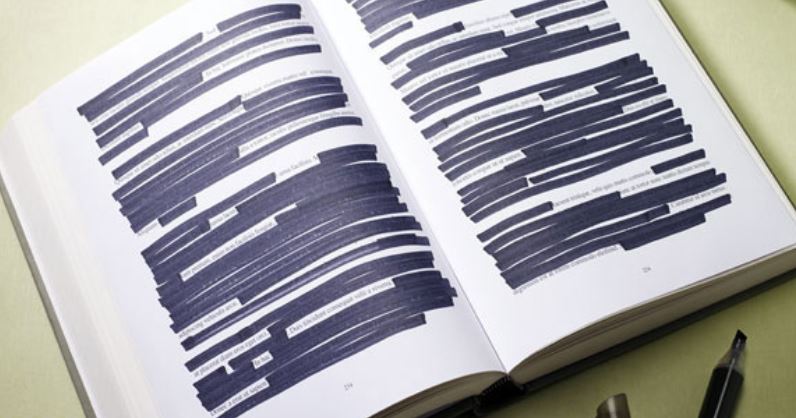 Via the Chicago Tribune:

Before a book is published and released to the public, it’s passed through the hands (and eyes) of many people: an author’s friends and family, an agent and, of course, an editor.

These days, though, a book may get an additional check from an unusual source: a sensitivity reader, a person who, for a nominal fee, will scan the book for racist, sexist or otherwise offensive content. These readers give feedback based on self-ascribed areas of expertise such as “dealing with terminal illness,” “racial dynamics in Muslim communities within families” or “transgender issues.”

The writer goes on to explain that this new career field is the result of two phenomena: 1) a culture saturated in social media; 2) a cultural climate “in which writers are under increased scrutiny for their portrayals of people from marginalized groups, especially when the author is not a part of that group.”

How did we get here? An answer can perhaps be found in a 2014 scholarly article titled “Microaggression and Moral Cultures” written by sociologists Bradley Campbell and Jason Manning. The article, which details the emergence of our new culture of victimhood, is paywall protected, but Conor Friedersdorf at the Atlantic offers a summary:

“[The victimhood culture] is characterized by concern with status and sensitivity to slight combined with a heavy reliance on third parties. People are intolerant of insults, even if unintentional, and react by bringing them to the attention of authorities or to the public at large. Domination is the main form of deviance, and victimization a way of attracting sympathy, so rather than emphasize either their strength or inner worth, the aggrieved emphasize their oppression and social marginalization.

Victimhood cultures emerge in settings, like today’s college campuses, “that increasingly lack the intimacy and cultural homogeneity that once characterized towns and suburbs, but in which organized authority and public opinion remain as powerful sanctions,” they argue. “Under such conditions complaint to third parties has supplanted both toleration and negotiation. People increasingly demand help from others, and advertise their oppression as evidence that they deserve respect and assistance. Thus we might call this moral culture a culture of victimhood … the moral status of the victim, at its nadir in honor cultures, has risen to new heights.”

Publishers apparently are reacting to this victimhood culture, which seeks to punish transgressors through public shaming and/or boycotts. These punitive campaigns are often led by social justice advocates (or, pejoratively, SJWs) on social media, especially Twitter, who accuse authors of cultural appropriation or racial insensitivity in their work. The allegations often trickle up into racially-conscientious editorial departments at traditional media outlets.

You can’t just claim and take a living tradition of a marginalized people. That’s straight up colonialism/appropriation @jk_rowling.

J.K. Rowling, Keira Drake, and Veronica Roth are just a few of the prominent authors to come under fire recently, and the trend reportedly has some writers spooked.

“I was nervous to write a character like this to begin with, because what if I get it wrong?” Susan Dennard, a young adult novelist whose story focused on a transgendered individual, told the Tribune.

Now I’ll be frank: I find this inherently creepy. That said, I’m more concerned about the effect it will have on art.

Goethe was probably not the first person to observe that “to demand moral purpose from the artist is to make him ruin his work”; but he certainly was not the last. Of all art forms, literature in particular should push us beyond our boundaries of comfortability. It’s a medium that calls us to transcend the petty politics of today to explore the human experience on a deeper, more profound level.

“Suspending moral judgment is not the immorality of the novel; it is its morality,” wrote the brilliant Milan Kundera. “From the view­point of the novel’s wisdom, that fervid readiness to judge is the most detestable stupidity, the most pernicious evil.”

This new trend of attempting to control the words and ideas of others through intimidation is dangerous and quite (microaggression alert!) un-American.

Our culture would do well to remind people that Orwell’s 1984 is a dystopian novel, not a playbook.