‘Native American’: The Surprising Source of the Term 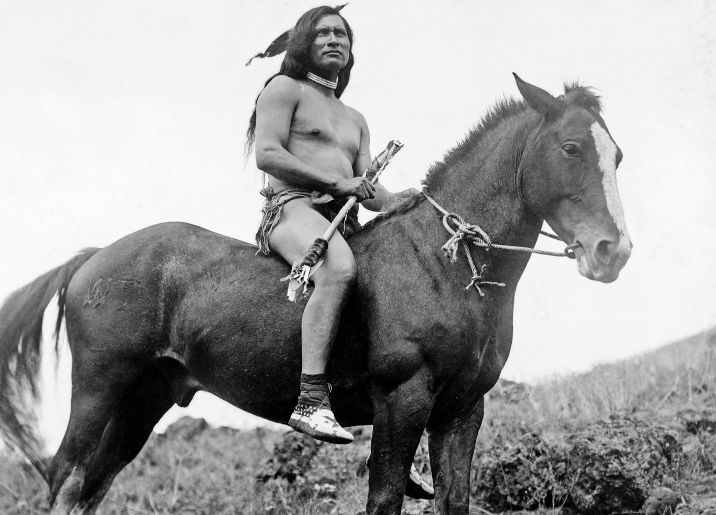 One could be forgiven for presuming that referring to American Indians as Native Americans is a modern phenomenon, a terminology perhaps ginned up by a professor at Berkeley in the 60s.

In fact, the first known reference to Indians as Native Americans is believed to come from none other than America’s 16th president, Abraham Lincoln.

In Lincoln’s day, the terminology “Native American” was commonly used–but to describe someone of Anglo-Saxon descent in contrast to German and Irish immigrants seeking to start new lives in America. Such attitudes gnawed at Lincoln, a man with a rare talent for perspective-taking. Here is what he said during his failed 1854 bid for the U.S. Senate:

Who are the [real] Native Americans? Do they not wear the breechclout and carry the tomahawk? We pushed them from their homes and now turn on others not fortunate enough to come over so early as we or our forefathers.

Historian Paul Johnson, in his book A History of the American People, says this is the first known reference to American Indians as Native Americans.

I tried to find a source for Johnson’s quote, but he did not provide one. Still, it appears to be genuine. For one, it sounds like the historical Lincoln. More importantly, it appears in numerous historical books and journals.

Most of these works (some of which are online) cite Ward Lamon Hill’s Recollections of Abraham Lincoln as the source. Hill, a personal friend of Lincoln and his one-time law partner, was recruited by the 16th president to accompany him to Washington, D.C., following his electoral victory. Hill served as Lincoln’s bodyguard and, though no doubt sympathetic to Lincoln’s legacy, he is about as unimpeachable as Civil War-era sources come.

Though I have a pretty extensive Lincoln library, I don’t have a copy of Hill’s Recollections. However, in The Wit and Wisdom of Abraham Lincoln, Alex Ayres writes that Lincoln uttered the quote while campaigning in 1854 shortly after being endorsed by the nativist Know-Nothing Party.