Machiavelli’s ‘The Prince’: A Handbook for Totalitarians or a Guide for Thwarting Tyrants? 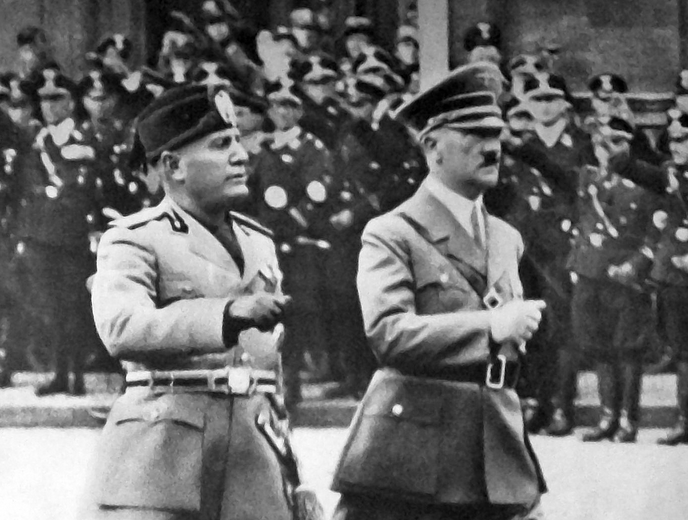 Perhaps the most committed Italian republican of his era, Niccolo Machiavelli left what many consider to be a horrendous legacy. This perspective most often results from the The Prince, by far his most famous work.

This group generally considers The Prince as a handbook of totalitarian impulse, containing the secrets of power consolidation. Indeed, even the term “Machiavellian” is today used as a pejorative for cunning and deceitful rulers. Detailing a plethora of justifications and strategies to be utilized by would-be tyrants, the work has also been considered as something of a toolbox for malevolent autocrats.

On the surface, there appears to be much evidence to support the latter supposition. Interspersed throughout the work, Machiavelli lays the precepts that, if properly executed, will lead to a prince’s ascension to power. Rather than subtle hints or suggestions, they are laid out structurally and articulated in explicit fashion.

For instance, he describes the method the prince can take to successfully elevate himself to power in Chapter VIII. Machiavelli alleges that a prince’s stronghold of authority can be secured if he strikes with enough force to undermine his enemies. However, he must not risk passing a certain threshold of torment on his subjects. When inflicting pain upon his rivals, he must “do them all at one stroke so as not to have to repeat them daily; and thus by not unsettling men he will be able to reassure them, and win them to himself by benefits.”

Machiavelli believed this strategy would allow hostilities against a ruler’s reign to be quelled with the passage of time, as normalcy returns to a realm. A prince who went beyond these bounds, he thought, would risk alienating his subjects completely. “Injuries ought to be done all at one time, so that, being tasted less, they offend less,” he wrote. Still, illegal and evil acts were essential ingredients in the recipe for seizing authority.

In Chapter XVIII, translated as “The Subtle Art of Lying,” Machiavelli claimed that history proves that rulers could maximize power for themselves when they rely on deceitful maneuvers to trick others. To accomplish this, said Machiavelli, the prince must emulate two types of beasts – lions and foxes. While lions are defenseless against tricks and traps, foxes are defenseless against wolves. By adapting to his surroundings, he must use his lion-like ferocity to frighten away the wolves that come to challenge his livelihood, while also using adopting fox-like instincts to avoid traps.

These analogies should be lost on no one – a ruler should use both tactics to thwart the aims of his adversaries, and break his promises if necessary. According to Machiavelli, the prince should learn to “beguile men’s minds by shrewdness and cunning.” He should be, in all ways, a master of deception.

The impacts of these schemes were not lost on a host of infamous authoritarians. Napoleon Bonaparte possessed a copy of The Prince and wrote glowingly of it in his own diaries. In 1924, Benito Mussolini penned a discourse on The Prince, where he declared that “a government group, having been set up by the conquering prince, will know that it can’t survive without his friendly support; so it will do its best to maintain his authority.” Soviet strongman Joseph Stalin, arguably the most tyrannical figure in the history of the world, read the work and annotated his own copy. Whether or not the writer intended such a thing, these circumstances sufficiently reveal that the book has served a treatise for despots throughout the annals of history.

Beneath the exterior, however, is a chief aspect of the work that is often missed – the tactics to successfully defy and emasculate the prince. Machiavelli reveals this in two ways. Firstly, toward the end of his work, he admits that failed princes have often lost their clutches of power by arousing “the hostility of the people.” This, opines the author, is their “one common mistake.” The maneuvers involved are not always spelled out explicitly, though. By revealing the cruel intentions of would-be oppressors, the tract provides the proper knowledge for republican systems to thrive by avoiding despotism. By writing The Prince, Machiavelli constructed a safe and gave his readers the key.

If Machiavelli’s offering was an attempt to reach his audience on a deeper layer, he actually meant to encourage civic virtue. If the strategies for the expansion of the prince’s power are so clearly exposed, those with republican virtue would be highly prepared to mitigate their utilization. To know thy enemy, one may suppose, is the best way to defeat him. Evidently, the remedy for defeating the prince is contained within Machiavelli’s most famous work, ready to be utilized by those with the eyes to read and indignation to resist. The tyrant’s downfall, it seems, is in the hands of the people.