King Lear: A Tragedy on Relativism 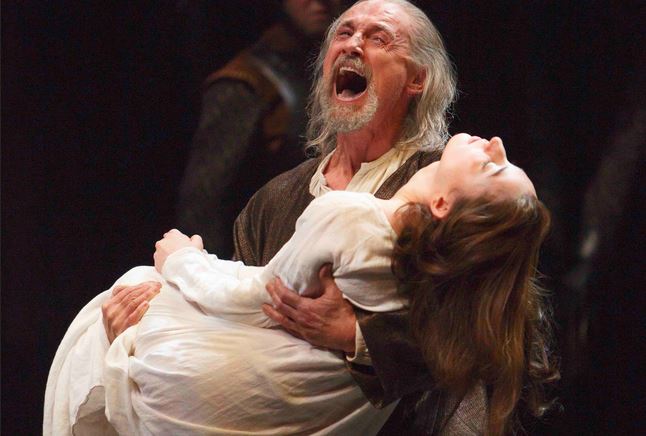 Know thou this: that men

Are as the time is.

One of the most rudimentary errors that one can make in reading a literary text is to see the words of a character as being synonymous with those of the author. Take, for example, these lines from King Lear. They affirm the belief that men are molded by the times in which they live, melding into the fads and fashions of the age, slaves of the zeitgeist. We are nothing more or less than the cultural environment in which we find ourselves, as changeable as the weather, subject to the socio-economic climate.

These are Edmund’s words which reflect his beliefs about man. But are they Shakespeare’s?

The answer is to be found in the sort of character in which the playwright places the words. Edmund is a self-serving follower of Machiavelli and a philosophical relativist. He is also a cad who betrays his father and his brother and who uses his friends and abuses his enemies. In short, Shakespeare puts these relativist words into the mouth of a villain.

The whole of King Lear can be seen as a meditation on these words of Edmund and ultimately a refutation of them. Lear, synonymous with Caesar in the latter’s symbolic role as a synonym for the secular State, calls on his daughters to render unto him sycophantic praise so that they might receive worldly reward. Two of his daughters say what Lear wants to hear. Even though they are lying, they receive their worldly reward. The other daughter, Lear’s favourite, refuses to render unto Caesar that which is not Caesar’s. She cannot give to the state or to her father those things that do not belong to them. She must act in accordance with her conscious, placing virtuous decorum before worldly preferment, sacrificing her personal comfort for what is right. In choosing to “love and be silent”, Cordelia is doing what is right for Lear, as well as what is right for herself and her country. Lear is wrong and Cordelia is right to tell him so, for his sake as much as for her own. Her reward for loving him rather than lying to him is to be banished, an innocent victim of the egocentric whim of a tyrant.

Lear descends into madness as he realizes the mistakes he’s made, prompted and provoked by the worldly wisdom of the Fool. In the latter half of the play we see Lear’s virtuous ascent into a sanity synonymous with sanctity as he learns humility through the acceptance of suffering and the lessons it teaches. This ascent is also an assent to the timeless truths that transcend the trappings of time and power. Lear is helped on his journey towards the wisdom that comes with humility by the spiritual insights of Poor Tom, the new Christian “Fool” who eclipses the worldliness of the old Fool, hence the latter’s disappearance once his worldly insights have nothing more to offer.

Returning to the original words of Edmund, we can say that they are emphatically not the words of Shakespeare but that, on the contrary, the whole of the play in which they are uttered is a dramatic and devastating affirmation that man is much more than a mere slave of his time, much more than a mere accident of birth, and that he is far from being powerless to resist tyranny. On the contrary, man is what Ben Jonson said Shakespeare is. He is not of an age but for all time.