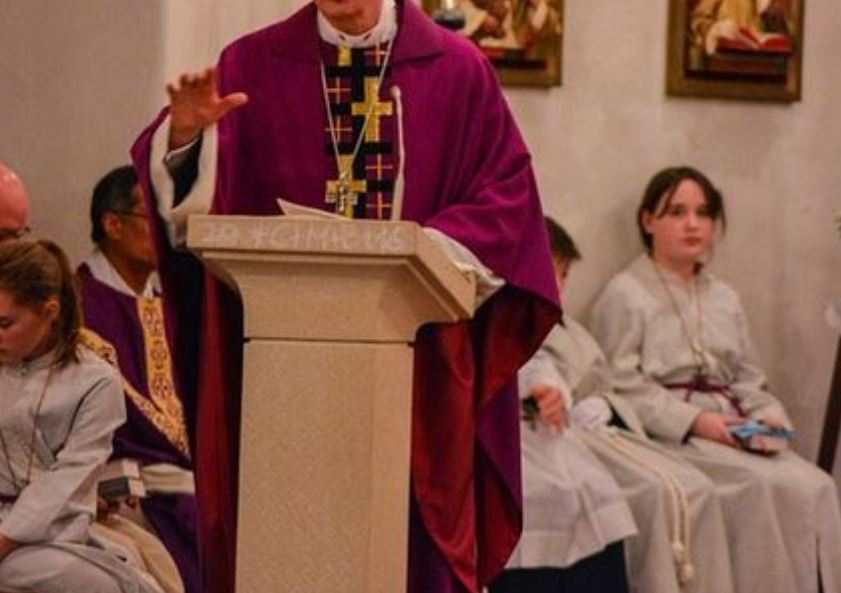 The headlines in Australian newspapers this week have not been kind to the Catholic Church. Gail Furness, the lawyer for the Royal Commission into Institutional Responses to Child Sexual Abuse, delivered a blistering speech outlining its findings to date about Catholic dioceses, religious orders and institutions.

Afterwards, the Sydney Morning Herald editorialised: “Now we know too, that sexual atrocities against children of a horrendous nature and on a horrendous scale have been committed within the Catholic Church in Australia over many decades.”

Ms Furness’s speech was based on statistics compiled in an accompanying research paper, “Proportion of priests and non-ordained religious subject to a claim of child sexual abuse 1950-2010”.

The statistics are cold numbers but behind them are horrifying stories of abuse by men (they are nearly all men) and women consecrated to God. They are deplorable and inexcusable and cry out to the Almighty for redress. The lives of many innocent children have been ruined.

Over the next month the Commission will build on the figures and case studies to investigate “the policies and procedures of Catholic church authorities” in relation to sexual abuse. In the light of its findings, it plans to make recommendations on a number of issues of great concern to Catholics, like mandatory celibacy, the sacrament of confession, relations with the Vatican and formation of candidates for the priesthood and religious life.

While all Catholics, and especially their bishops, have to bear the burden of shame for this abominable sexual abuse, the Church still deserves to be treated fairly, on the basis of the facts.

Here are a few key problems with coverage of the Commission’s sessions.

(1) The Sydney Morning Herald reported that “In the past 35 years there were 1880 alleged perpetrators from more than 1000 Catholic entities”. This is not true but the mistake is understandable because of the complexity of the statistics in the Commission’s report. The truth is that the allegations made over the 35 years from 1980 to 2015 relate to 1880 alleged perpetrators dating between 1950 and 2010. In other words, the claims stretched over 60 – not 35 – years.

(2) The SMH report relates to “priests and non-ordained religious”. In its telling of the story, the “1880 alleged perpetrators” seem to be all priests, religious brothers and a few nuns. But this is false, as a closer reading of the report reveals.

First of all, to quote Ms Furness: “Over 500 unknown people were identified as alleged perpetrators”. The interesting question is that if they were unknown, how has the Commission categorised them as priests, brothers, sisters or laymen? This may emerge at a later stage in proceedings.

A figure of 1265 “priests and non-ordained religious” is ghastly enough. But 1880 inflates that by nearly 50%.

The effect upon public perception is dramatic. Compressing the time frame from 60 to 35 years and increasing the number of “priests and non-ordained religious” from 1265 to 1880 – as the media did – more than doubles the horror. The real figure per annum of alleged perpetrators who were “priests and non-ordained religious” is about 21. But the per annum figure which sticks in one’s head is about 53.

(3) According to the SMH “we know that about 7 per cent of priests sexually abused children”. This is not true, either, and does not represent what the Royal Commission’s report says. The alleged perpetrators are persons “subject to an allegation, complaint or claim related to child sexual abuse”. The Commission has made no judgement on whether these claims have been vindicated or not. Since the claims stretch back to 1950, alleged perpetrators or claimants, or both, may be dead. Many claims will never be proven. And, to be fair, the converse statistic is that 93% of priests are upright and honourable.

(4) One statistic stood out like a flashing beacon. Of the St John of God Brothers ministering from 1950 to 2010, 40.4% were alleged perpetrators. That is an incredible figure, suggesting that this particular group was truly corrupt. The Commission’s report repeated this figure numerous times. But this is a statistical aberration. The order is very small – with between 25 and 35 members — so four or five bad apples in an isolated institution could have skewed the statistics. Most of the complaints about the St John of God Brothers date back to the 1950s. There were no complaints at all in the 1990s and 2000s.

The statistics released by the Royal Commission are shocking, even sickening, but they need to be closely examined to be understood. If they are misinterpreted by the media, or confusing to the public and those interested in getting to the bottom of the facts, the Commission itself could assist by issuing statements correcting errors and misinterpretations. Everyone needs the clearest understanding of this sickening tragedy if we are to prevent it from happening again.

[This MercatorNet article was republished under Creative Commons licensing.]