Can Grammar Be Racist? The University of Washington Thinks So 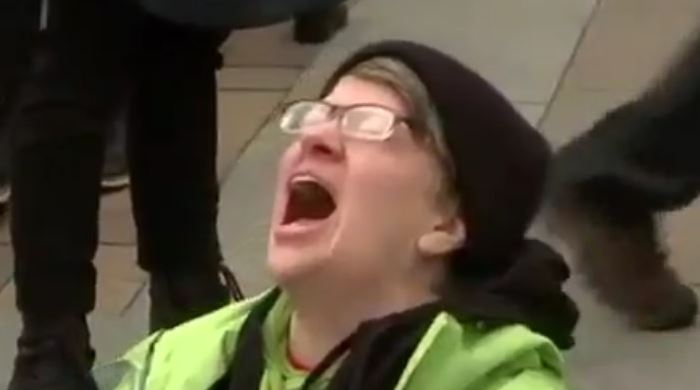 Grammar is “racist,” according to the professional staff, tutors, and the Director of the writing center at the University of Washington at Tacoma.

To combat this perceived racism they promise to “emphasize the importance of rhetorical situations over grammatical ‘correctness.’”

Forget learning how to write correctly, now a “big part” of the work of writing consultants “is to help students become more critical of these unjust language structures as they affect students’ writing and the judgment of that writing.” Instead of teaching students to write well, consultants will “discuss racism and social justice issues openly in productive ways.”

Are these taxpayer-supported writing consultants paving the way to unemployment lines for the students they help?

Marquette University succinctly sums up the importance of writing skills for professional success. Writing, they advise students, is “the primary basis upon which your work, your learning, and your intellect will be judged—in college, in the workplace, and in the community.”

Will the writing consultants at the University of Washington see evidence of racism in reports of unemployment or underemployment among their graduates who are deficient in their ability to write and reason?

Notice, I wrote write and reason. The ability to write in a grammatically correct way is directly linked to the ability to reason.

In their book The Well-Trained Mind: A Guide to Classical Education at Home,  Susan Wise  Bauer and Jessie Wise divide elementary and secondary education into three stages of learning, known as the trivium. First comes the grammar stage where memorization is stressed. In the beginning grammar stage, students are not yet ready to critically analyze information—analysis comes in the logic stage. Only in the third  stage—the rhetoric stage—are students ready to evaluate what they have studied.

In her book The Well-Educated Mind: A Guide to the Classical Education You Never Had, Susan Wise Bauer cautions, “Classrooms too often skip the first two steps and progress directly to the third, which is why so many elementary texts insist on asking six-year-olds how they feel about what they’re learning, long before they properly had a chance to learn it.”

This education shortcut, Bauer surmises, carries over into adulthood where adults “are ready to give their opinions long before they’ve had a chance to understand the topic.” Every day on Facebook, there is abundant evidence in support of Bauer’s assertion.

Dorothy Sayers was a British mystery writer. In a 1947 speech at Oxford, The Lost Tools of Learning, she asked hard questions:

“Has it ever struck you as odd, or unfortunate, that today, when the proportion of literacy is higher than it has ever been, people should have become susceptible to the influence of advertisement and mass propaganda to an extent hitherto unheard of and unimagined?…Do you sometimes have an uneasy suspicion that the product of modern educational methods is less good than he or she might be at disentangling fact from opinion and the proven from the plausible?”

Bauer believes “the pattern of grammar, logic and rhetoric trains the minds in the art of learning.”

Has the art of learning been lost in part because the teaching of grammar has been lost? How many students still learn to diagram  sentences?  Bauer contends, “Diagramming isn’t an arcane assignment designed to torture the student. It forces students to clarify their thinking, fix their sentences, and put grammar to use in the service of writing—which is, after all, what grammar is for.”

Grammar improves our writing and clarifies our thinking. Writing and reasoning are pillars of student success. Why is the University of Washington administration placing political correctness before student success?