What Puerto Rico Can Teach Us About Minimum Wage Laws 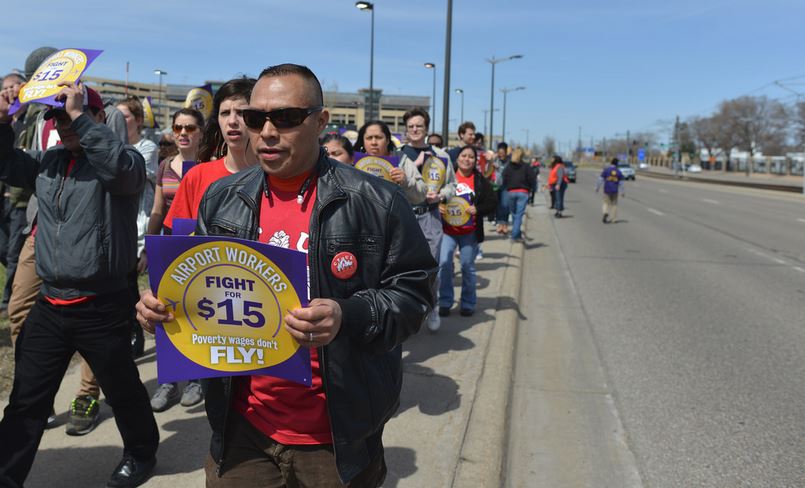 This week, twenty states began implementing minimum wage increases that were passed during 2016. As the country waits to see how these increased wages this will affect the economy, the U.S. territories have already provided us with a grim example.

After the 2007 Fair Minimum Wage Act was passed, each of the fifty states was required to raise the minimum wage from $5.15 an hour in 2006, to $7.25 by 2009. Few Americans realize that this legislation was also applied to the U.S. territories of Puerto Rico, American Samoa, and the Northern Mariana Islands, who were also forced to raise wages.

When the minimum wage is increased, the private sector is responsible for finding the means to actually pay for these increases. Though many companies will be forced to raise prices in order to continue operating within their profit margins, some might be left with no choice but to lay off employees or dramatically cut employee hours.

Since minimum wage pay is typically associated with entry-level workers, if employers are forced to let these employees go, they will lack the skills necessary to quickly rebound in the job market. As a result, unemployment rates begins to rise.

When minimum wage requirements are made at the city or state level, the losses experienced from high unemployment rates are offset in the local economy, since many who are unable to find work often relocate to an area where the minimum wage isn’t as restrictive.

However, for those living in U.S. territories, relocation is not as easy as it is for residents in the continental states. Without the flexibility to relocate, the economic catastrophe that resulted from 2007 minimum wage increase was felt on a grander scale.

According to researchers Paul Kupiec and Ryan Nabil, “The impact on the economies of What Puerto Rico Can Teach Us About the Minimum Wage was devastating. In American Samoa, by 2009, after only three of the ten scheduled minimum-wage increases, overall employment dropped 30 percent — 58 percent in the critically important tuna-canning industry. Real per capita GDP in American Samoa fell nearly 10 percent from 2006 levels. In the Northern Mariana Islands, by the end of 2009, employment was down by 35 percent, and real per capita GDP off by 23 percent.”

As the situation grew desperate, the governor of American Samoa testified before the U.S. Congress explaining that the new minimum wage policy created, “the real possibility that American Samoa could be left substantially without a private-sector economic base except for some limited visitor industry and fisheries activities.” He continued, “American Samoa’s economic base would then essentially be based solely on federal-government expenditures in the territory.”

Puerto Rico met a similar fate after the new minimum wage rate went into effect. The increase resulted in a minimum wage that was 75 percent of the Puerto Rican median wage. In fact, the situation grew so dire, unemployment in Puerto Rico surged and its GDP per capita declined by almost 7 percent between 2007 and 2013. As a result, many young and able-bodied Puerto Ricans left for the U.S. mainland, creating an imbalance as the old and less motivated were forced to stay behind.

Additionally, foreign investors were turned off by hiring Puerto Ricans, since residents of Jamaica and the Bahamas would only cost half as much to employ.

By raising the minimum wage to as much as $15 an hour, states like California and New York are not just setting an American record for highest minimum wage, they are setting a global record as well. Even France, where socialism thrives, has a minimum wage equivalent to only $10.90 an hour.

In fact, the only time in history that the minimum wage was increased at economic levels comparable to that of New York and California was in 2007, when the U.S. territories implemented the Fair Minimum Wage Act. As we all know how that situation ended, we can only hope that in the future, governments can learn from history and avoid causing economic catastrophes.