The Tortured Logic of the Gender Revolutionaries 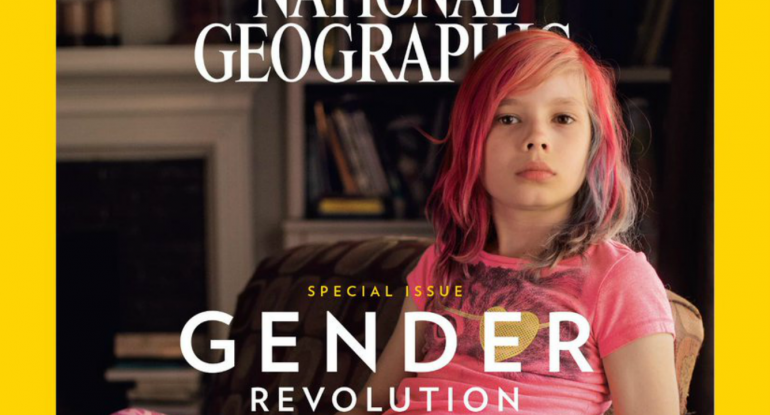 National Geographic, the magazine that recently ran a cover story on the most influential figures in ancient history but left out Moses and Jesus, is now trying its hand at gender theory.

Its new cover story is entitled “How Science is Helping Us Understand the Gender Revolution.” Finally, a scientist is going to tell us what’s up with the gender identities—gay, straight, cisgender, transgender, gender nonconforming, genderqueer, agender, pangender—the number and variety of which seem to multiply and mutate by the week.

Our guide through this gender labyrinth is Robin Marantz Henig, who is a scienti… Uh, wait a minute. Turns out she isn’t a scientist at all, but a journalist.

Well, but still there’s the science, which, although Henig doesn’t seem to have much training in it, is waiting there to be found. And since she has a journalism degree, surely she can find it.

Her first discovery is about chromosomes. There are Xs and Ys. And in primitive times, when people believed there were boys and girls, the combinations of these chromosomes were thought to determine whether someone was male or female.

Perhaps Henig was just not genetically predisposed to be logical.

And of course that presents her with the problem of what does make someone male or female, a problem which she dispenses with, using some logical procedure she no doubt learned in her journalism classes, by concluding that there’s really no such thing as being male and female.

Instead there is “gender fluidity,” according to which gender is determined by feelings. In fact, there are a lot of feelings in Henig’s article, which helps to explain why, despite the prominent mention of science in the title, there is so little of it in the actual article.

The little science the article actually contains either supports her conclusion but is weak, or is slightly stronger but doesn’t support her conclusion.

But Henig clearly feels that science justifies her case. Therefore, it must.

In fact, despite the title, Henig’s case really has little to do with science and rests instead on an avalanche of anecdotes that can never prove her point. Anecdotes should be used like croutons to season the scientific salad. But Henig’s salad is almost all croutons.

It doesn’t matter how many people you produce who think they are a particular gender, despite chromosomally being something different. And the fact that someone’s genitals didn’t develop properly is not evidence that there is no proper development of genitals. Nor will a never ending parade of people who don’t accept gender binaries prove that there aren’t any.

In other words, being born male and female is not dictated by your genes, but being born gay is.

There’s a binary for you.