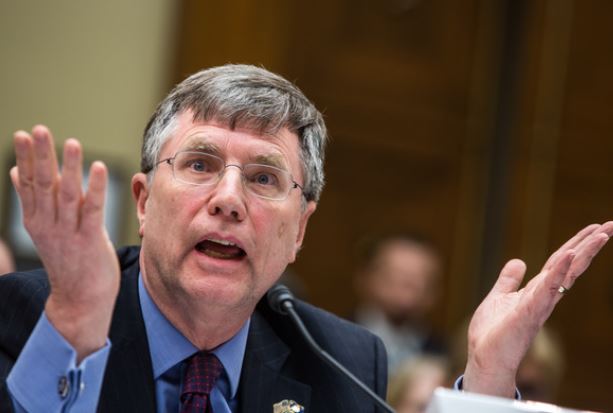 Patrick Kennedy, the agency’s undersecretary for management who had served in the role for nine years, resigned unexpectedly along with three of his top officials.

It’s unclear at this point why Kennedy and his team abruptly resigned, since reports suggest that Kennedy (depicted) was angling to transition to the State Dept. under Tillerson, who was approved by a Senate panel on Monday, all but assuring he will become the nation’s next Secretary of State. (Editor’s Note: Other reports state Kennedy and company were fired.)

The Washington Post’s Josh Rogin, who appeared to break the news, opened his story by noting that “Secretary of State Rex Tillerson’s job running the State Department just got considerably more difficult.”

On the other hand, the federal bureaucracy is prone to politicization. Princeton scholar David E. Lewis has written about the negative effects that often occur when an agency or department’s preferences diverge from those of the White House.

It’s unclear exactly what a Trumpian foreign policy will look like, but I suspect it will look vastly different from that which we witnessed the last eight years. So it’s possible that Tillerson will have more success by working with a hand-selected team of professionals he brings in himself.

What do you think? Did Tillerson’s job just get tougher or easier?