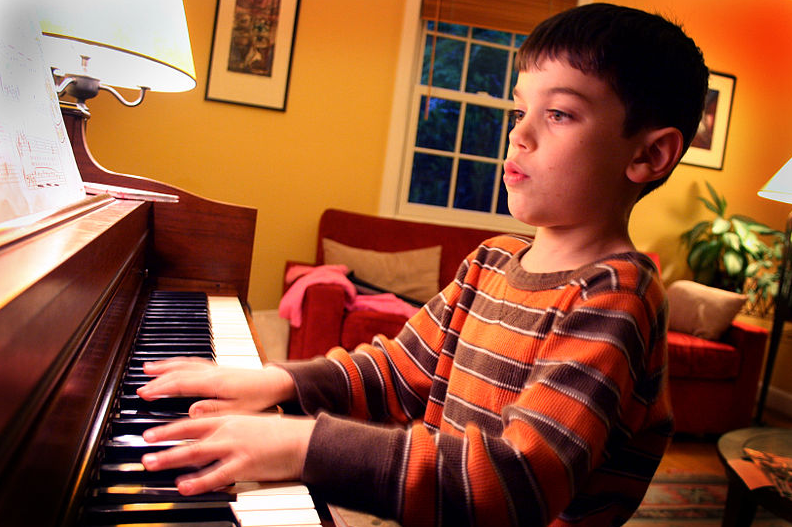 Millennials are right to be angry about their schooling. Even the perpetrators see some of the damage they’re doing.

“Escalating achievement pressure is not healthy for our youth,” says Kedra Ishop, an associate vice president for enrollment at the University of Michigan. “Young people are suffering from higher rates of depression, anxiety, and substance abuse as they juggle the demands of their lives,” she told Reuters.

Ishop is one of about 80 educators who have endorsed a Harvard University–developed proposal to reform college admissions. Called “Turning the Tide,” the plan calls for less emphasis on test scores and more on “passion.”

The good news for stressed-out college-bound teens is that passion is easier to fake. The bad news is that doing so can cause more long-term damage than test anxiety or the ordeal of the application process.

The Turning the Tide proposal emphasizes passionate involvement in social causes specifically — which will come with its own bundle of troubles as colleges recruit fewer bookworms and more Internet warriors — but pushing social justice is just the latest act in higher education’s ongoing passion play.

Thirty years ago, my teenage peers and I were being advised to pack our college applications with extracurricular activities: club memberships, “leadership roles,” and personal projects. Colleges, we were told, wanted “well-rounded applicants.” If we already had stellar grades and solid test scores, these extracurriculars would help set us apart from the competition, and if we showed any particular weakness in a subject or skill, the extra undertakings might help to round out those rough edges.

Twenty-first-century teens are now being told the opposite.

“Sorry, no,” writes Cohen. “Colleges want a kid who is devoted to — and excels at — something. The word they most often use is passion.”

“Having a passion,” explains former Princeton Review executive Dan Edmonds for Time magazine, “is supposed to give an applicant an edge, and every summer and fall, I see students scrambling to find and articulate their passion as they begin working on their essays.”

Writing for ThoughtCatalog.com, author Ryan Holiday warns, “Passion Is the Problem, Not the Solution.”

I’m talking about … unbridled enthusiasm, our willingness to pounce on what’s in front of us with the full measure of our zeal, the “bundle of energy” that our teachers and bosses have assured us is our most important asset.

Every culture from the Greeks to the Christians, says Holiday, has discouraged passion. Ours seems to be the exception. What Holiday calls the passion paradox is “the undiscussed, destructive capacity of the trait that every book, speaker, boss and parent seems to expect from everybody.”

Passion is emotional. It burns hot, and it can burn out. Perpetually passionate people move on to the next apparent passion. By itself that fervor won’t foster anything sustainable. For long-term success, something very different is needed. Holiday calls it purpose. The example he offers illustrates yet another P-word: persistence.

Thomas Edison once explained that, in inventing, “the first step is an intuition — and comes with a burst — then difficulties arise.” What set Edison apart from other inventors was tolerance for these difficulties, his willingness to tackle the kinds of problems that are endemic to the process — not exceptions to it — and the steady dedication with which he applied himself towards solving them.

Edison is a good choice to illustrate this distinction. At a press conference in 1929, the inventor famously said, “What it boils down to is 1 percent inspiration and 99 percent perspiration.”

If there is a productive form of passion, it is not the inspiring kind. It is the slow-burning sort that sustains an Edison through the arduous 99 percent of the process. Maybe Edison had passion, but Holiday’s purpose seems better suited to describe whatever it is that fuels that level of persistence.

“Purpose” and “persistence” are not the words that admissions departments emphasize, however.

In “Our Push for ‘Passion,’ and Why It Harms Kids,” parenting author Lisa Heffernan writes, “By the time a child rounds the corner into high school … the conventional wisdom is that he needs to have a passion that is deep, easy to articulate, well documented and makes him stand out from the crowd.”

That’s great news for those who already do have a deep and well-documented drive, but “when children can’t find their elusive passions, yet feel compelled to proclaim one, they grab onto an interest, label it a passion and buy the requisite instrument or equipment.” This wouldn’t be a problem “if passion were just a matter of semantics, a word heedlessly thrown around in place of interest or pastime.… But seeking a passion in childhood or adolescence has become an obsession in itself, and it is not without costs.”

“Fake passions” she warns, “crowd out real ones.”

Notice that Hefferman employs economic concepts such as hidden costs and crowding out. She’s right to imply that the passion surplus is an economic phenomenon, but she could have taken her analysis further. While she recognizes that the “parental obsession with passion is encouraged by the college admissions process,” she does not discuss the purse strings behind that process.

We’re so used to the current state of higher education that we take it as natural, rarely questioning the forces that have shaped the education industry and the preparations required for matriculation. But if you think of the university system’s product as learning, or its service as teaching, then it should seem puzzling that the customers have to jump through so many hoops to acquire the goods they want.

Where else do we see would-be buyers having to compete in so many not-directly-financial ways to acquire the goods or services they seek? City housing? Socialized medicine? Employment? In each case, government interventions keep prices inflexible, supply limited, or demand artificially stimulated.

In the market for education, supply is constricted by the cartelizing process of accreditation; demand is exaggerated through tax-subsidized tuitions and a government-managed financial-aid and student-loan system. As a result, there are too many students chasing too few institutions, and while tuitions may be rising, the money price of a university education cannot play the same role as prices do in less hampered markets: it cannot attract new competition on the supply side of schooling, which would then bring down those prices; it is not yet causing enough customers to seek substitutes, thereby putting pressure on suppliers to offer real alternatives that may better fit students’ differing needs. Instead, universities offer a standardized product, and admissions offices require applicants to compete in ever more nonmonetary ways.

When too many applicants had good grades, we had to start competing on our well-roundedness. Once everyone filled their applications with extracurriculars, admissions offices had to find some other criterion for selecting the few from the many. If the passion glut continues, we should expect to see either new criteria or newly specific variations on the old ones: that is why admissions departments are about to replace the push for passion in general with a more precise passion for social activism.

Complicating the economics of education even further is confusion on what exactly counts as the product.

In “Yes, Students Are Customers, but…” economist Steve Horwitz and special education teacher Kevin Currie-Knight suggest that one problem with modern education is that buyers and sellers don’t agree on what is being bought or sold. Producers may think they’re selling knowledge and skills, while consumers believe they are buying the diploma, a signal to future employers that a graduate is worth hiring.

Brian Caplan, author of the forthcoming book The Case Against Education, believes that 30–80 percent of the value of a liberal arts education is in precisely such “signaling,” rather than the intrinsic value of what students study or teachers teach. The irony of the college application process, then, is that applicants are generating fake passions as an empty signal of their worthiness to an institution that will provide not skills or training so much as yet more signals to some other institution later in the student’s life.

As we pursue the signaling value of more and more passion, we achieve less and less substance. It’s not just that the passion signaling is empty; it’s that premature passions discourage the mature variety, the kind that looks more like purpose. While we’re trying to burn hot for the pursuit we’ve convinced ourselves we’re the most passionate about, we’re doing less experimenting and are therefore less likely to find the right fit. It’s like marrying the first classmate you kissed and missing out on the deeper adult relationship you would otherwise have found later. Some know their true love before they’re 20, but most of us need more time. A government cartelized and subsidized industry telling us to settle down as soon as possible is a formula for waste and heartbreak.

Will an ongoing surfeit of pseudo-passion produce a new lost generation, a population of searchers unable to settle deeply into the interests or jobs or relationships that require patience, persistence, and a sense of thoughtful openness? Today’s teens may prove more resilient than that, at least in the long run. But in the short term, there’s a rude awakening for those who are fooled by the admissions process. Passion may get you into college, but it won’t get you through it. Passion might get you a job, but it won’t help you succeed in it.

The alternative is not a return to the well-rounded applicant or the straight-A student. It’s a system without any central plan or government funding, where both the supply of and demand for learning are left to find their own balance. Until that happens, young millennials may need to withdraw their consent individually, step off the passion treadmill, and seek educational options that do less damage.