Politics Will Make You Dumber 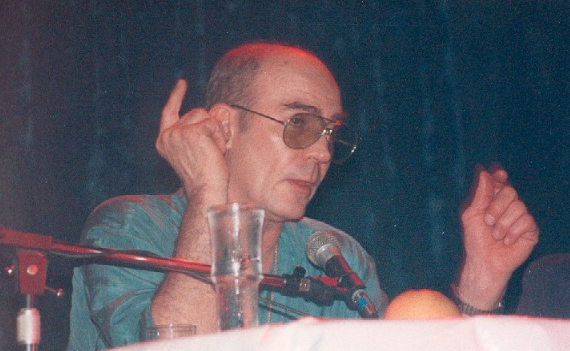 Hunter S. Thompson is one of my favorite authors and one of the smartest humorists of the last hundred years. He also shot himself in the head once he reached his mid-sixties.

I don’t think he viewed himself as a humorist per se. Maybe I don’t fully understand the implications of that descriptor. I think of people like Johnathan Swift, Ben Franklin, Voltaire, Mark Twain, H.L. Mencken, Kurt Vonnegut P.J. O’Rourke, and Hunter when I think of humorists.

Humorists are writers who have taken a step back from society, notice that “Hey! We’re all in a big silly absurd scenario with no rules!” then they write about it in a savory and wry style which usually elicits dark chuckles.

The distinction from comedians is that comedians tell jokes and receive explicit laughter. Humorists write in solitude and perform ritualistic acts of love to a keyboard or paper to elicit secret laughs from themselves.

Of course, once they hone in their craft and have an audience they know others will be reading and perhaps glean some insight or catharsis from their private twisted musings.

He possessed a lot of the characteristics that all of these other authors possessed. A wildly different paradigm from the common one of his era. He could do more drugs than the Bay area hippies and then outshoot any of the rural roughnecks whom he could then outdrink in the dive bars of the Rockies.

He could quote Fitzgerald from memory or talk about Proust, then take LSD with the Hells Angels and ride a motorcycle at 70 MPH down the coastal highway.

This is talent. Albeit not very monetizable talent in our economy. So he wrote it all out and found a way to profit. Sheer genius.

Then he started following politics and wrote books about it. “Generation of Swine” and “Fear and Loathing on The Campaign Trail.” True to his style they were drug and booze laced accounts of the absurdity of the political game. Then they lapsed into misanthropy. Then full blown depression.

Yes, his substance abuse and addictions directly contributed to his mostly planned suicide. But he was addicted to these substances, not only for the thrill, that wears off after a while anyways. He was addicted because he was medicating himself. From politics.

Yes, yes, this is all my opinion, but it became very clear to me when I was reading “Generation of Swine” that he was deeply depressed that politics was still how humans governed themselves. Entire pages were just accounts and ledgers of all the bets he made on various elections of federal and state level across the country.

He had to make it a game to even cope with the fact that nobody was really free in this country, that the people in charge were all false and manipulative powermongers, and if there was one thing that Hunter always was, it was free. No matter the scenario. Even were he to be strait-jacketed and tossed in the hole, his mind could never be pinned down.

He knew this and knew that others too could actualize their freedom and let their freak flag fly, so to speak. Except that in his eyes our country was, and always would be, run by straw-haired false-faced frat boys turned politician. The antithesis of freedom. This is how he died. Years before he even killed himself.

In essence, he gave his freedom away to the fact that politics was the end-all-be-all and that it would always be so. He lost hope in freedom and found solace in Wild Turkey.

As smart as Hunter was, he was so dumb in this regard. I wish he could’ve seen the obvious truth that he exemplified in his life so well.

If you are truly free and do not delegate your willpower and agency of self to any outside party, you can never be stifled. And that is true freedom. And from freedom comes great art.

Be smart, and don’t give in to politics. Create instead. It’ll be more fun, and provide more happiness.

This article was originally published on FEE.org. Read the original article. Reprinted from Innocent Ideas.